Litecoin bulls are finally coming up for air after a deep dive downstream. The immense losses in the cryptocurrency market left no stone unturned. After brief support at $320, its drop to $145 was nerve-shattering.

Meanwhile, a reflex recovery blasted LTC above $200, but the upside remained capped under the 200 Simple Moving Average (SMA). Litecoin is teetering at $207 at the time of writing amid the push to have the support at $200 secured.

The MACD has a vivid negative gradient deep into the territory under the mean line. Additionally, the MACD line has expanded the divergence below the signal, adding credibility to the bearish outlook.

Similarly, the RSI tried to recover from the oversold region but the uptrend stalled before hitting 40. A reversal is underway; hence action under 30 may trigger another selloff. For now, holding the support at $200 is key to market stability and allowing bulls to focus on the recovery mission. 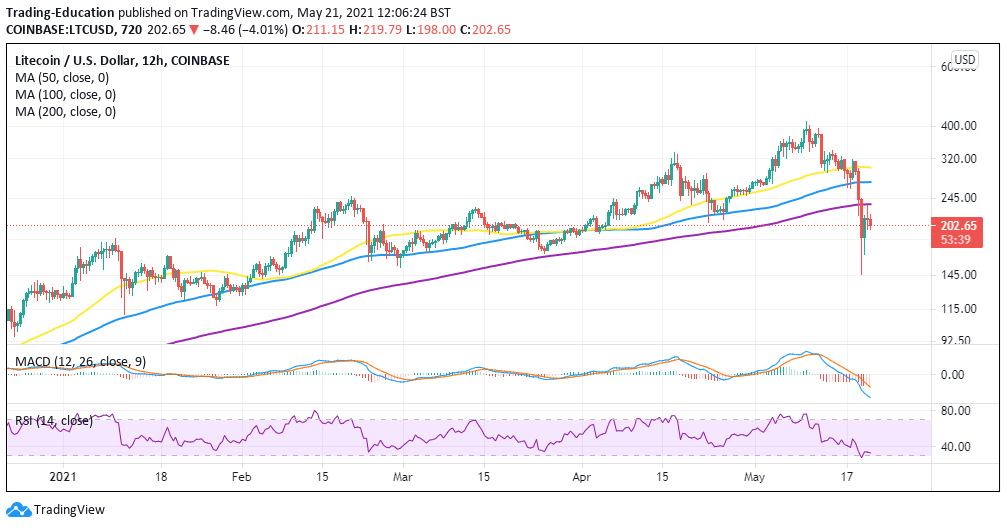 According to IntoTheBlock’s IOMAP model, recovery may continue to be hampered by the seller congestion between $214.8 and $220.7. Here, roughly 17,000 addresses previously purchased 4.5 million LTC. As highlighted on the chart, several other resistance levels have lined up, likely to hinder price action toward $250.

Litecoin sits on top of a robust support zone, highlighted between $196 and $202. Here, around 112,000 addresses previously bundled up approximately 3.7 million LTC. Defending this anchor zone would mean that Litecoin may settle for consolidation before a specific price action arrives in the market.

Litecoin will resume the uptrend and recovery if the support at $200 holds in the near term. At the same time, closing the day above the 200 SMA could affirm to the investors that the bearish narrative has diminished, giving way for gains beyond the IOMAP resistance and setting the pace toward $250.