After reaching $160, Litecoin has had two straight bearish days and dipped to around $150. Let’s find out what’s going on behind the scenes.

Litecoin has formed three consecutive flag-and-pole patterns which has doubled the price from $80 to $160. If LTC manages to fulfill the flag and pole post-consolidation, the price should ideally reach $185. The current consolidation has encouraged the relative strength index (RSI) to enter the neutral zone from the overbought zone.

The MACD in the 4-hour chart has reversed from bullish to bearish, while the Lucid SAR has also done the same. All this shows that the current market trend is negative, and a further drop is expected. As such, the 20-bar SMA should be critical in holding the price up. 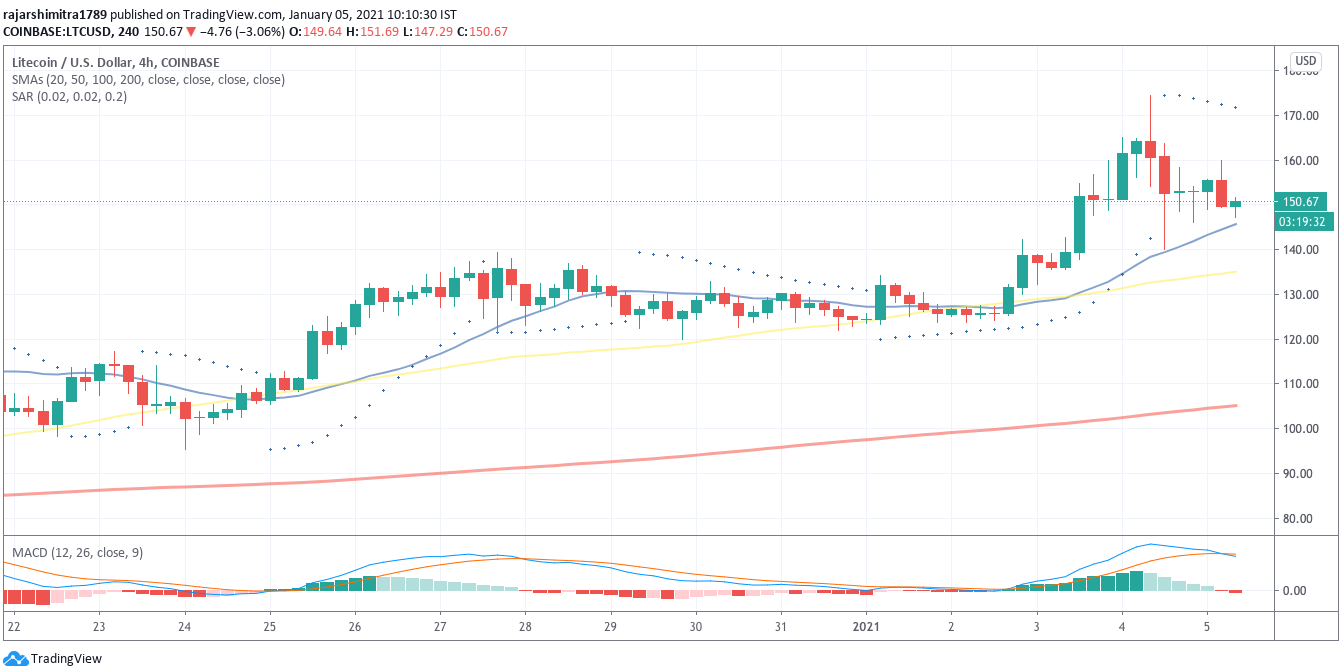 However, the In/Out of the Money Around Price (IOMAP) shows that the future bodes well for the digital silver. As you can see, there is a lack of strong resistance barriers which gives the price enough space to fulfil its pole-and-flag pattern.

On the downside, we have healthy support zones holding the price up.

With a market cap of $10 billion, Litecoin has now become the third most valuable public blockchain, flipping XRP. LTC is following Bitcoin (BTC) and Ether (ETH), with a $630 billion and $94 billion market cap respectively. Tether (USDT) stablecoin is the largest privately issued digital asset and is valued at over $20 billion. With USDT in the picture, LTC is the fourth most valuable blockchain project.

PayPal’s announcement in October fueled the impressive price rally of LTC and Bitcoin Cash (BCH). The payments giant had said that it would add support for a few virtual assets such as ETH, BTC, LTC, and BCH. Following this, prices of BCH and LTC surged higher, mirroring BTC as purely transactional currencies.

Since then, Litecoin has maintained its upward trajectory, blasting past $100, rallying above $120. Last month, Charlie Lee, the co-founder of Litecoin, cited several “value propositions” as triggers of the recent LTC/USD surge. 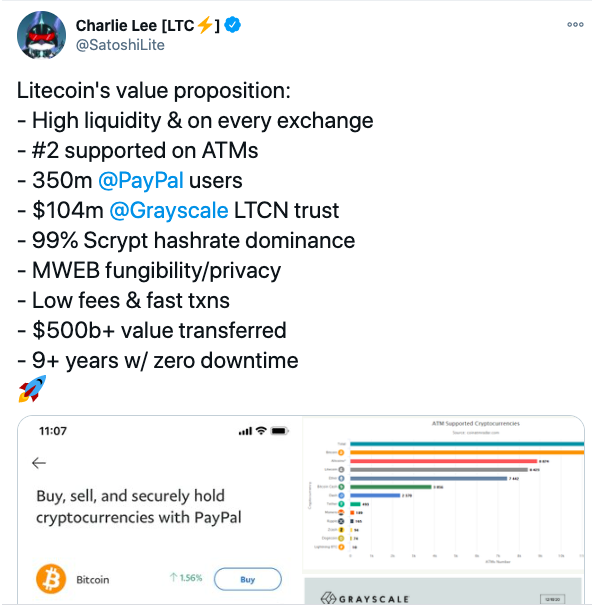 Apart from PayPal, he noted that the network has been highly reliable with high uptime.

It will be interesting to see how the price breaks above the flag pattern ($150-level). If they manage to fulfil this pattern, the price should reach up to $185.