Over the last three days, the sellers took full control of the market and dropped Litecoin price from $180 to $164.25, flipping the 20-day SMA from support to resistance. LTC is dropping towards the $160 support wall, and MACD shows decreasing bullish momentum.

Looking at Into The Block’s IOMAP, the Litecoin price has immediate resistance at the 20-day SMA ($175). Previously, at this level, 200,000 addresses had purchased almost 4.15 million LTC tokens. 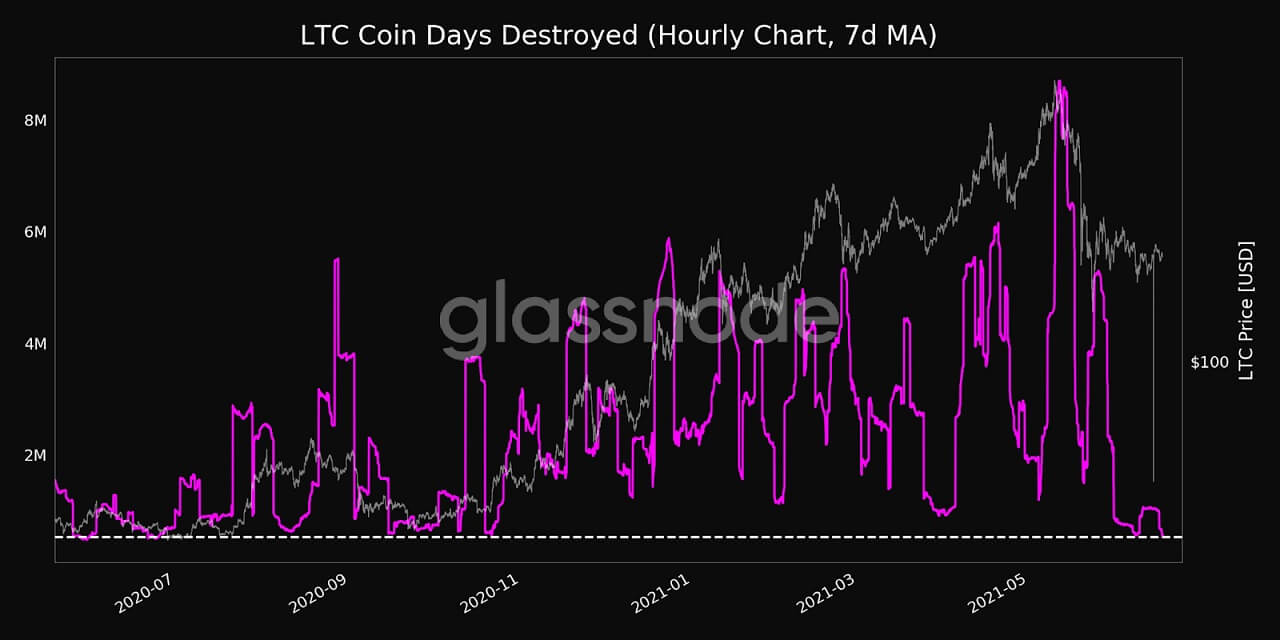 The federal auctioning site General Services Administration Auctions will auction off another lot of Bitcoin and, for the first time, Litecoin. According to a release from GSA Auctions and available lots, 150.2 Litecoin, 8.925 Bitcoin, and 0.000229 Bitcoin Cash will be auctioned off on the GSA website.

The Litecoin and Bitcoin Cash will be auctioned in one lot in addition to 10 lots of Bitcoin ranging from 2 BTC to 0.025 BTC. The auction begins today at 5 PM ET and closes on June 22 at 5 PM ET. However, additional bidding may extend the auction’s close time.

Experienced investors recognize a good opportunity when they see it, which is why our auctions have generated so much enthusiasm among the crypto community. With the addition of a new type of cryptocurrency, this promises to be one of our most exciting auctions of the year.

GSA Auctions held its first Bitcoin auction in early March, followed by two more in late March and late April. In total, GSA Auctions auctioned off 16.99 BTC and amassed $937,000 in winning bids, according to the release.

While the winning bidder of the first GSA Auctions Bitcoin auction paid a $9,000 premium for their Bitcoin, its recent auctions mostly sold BTC below market value.

The Litecoin price will likely drop towards the $160 support wall. A further break will take LTC to the $140 support line.