Litecoin Price Prediction: LTC Off To A Positive Start After An Extremely Volatile Monday

The Litecoin price had recovered strongly over the weekend after a highly bearish week, pushing up by 2.59% on Saturday to settle at $178.58. The price rose further on Sunday, with the price going up to $183.14. However, Monday saw LTC go through some extreme volatility that saw its price pushed as high as $239.10 thanks to a rumor that Walmart would accept LTC payments, which turned out to be false, leading to a buying and then a selling frenzy. The current session saw LTC start positively, with its price already up by over 3%. 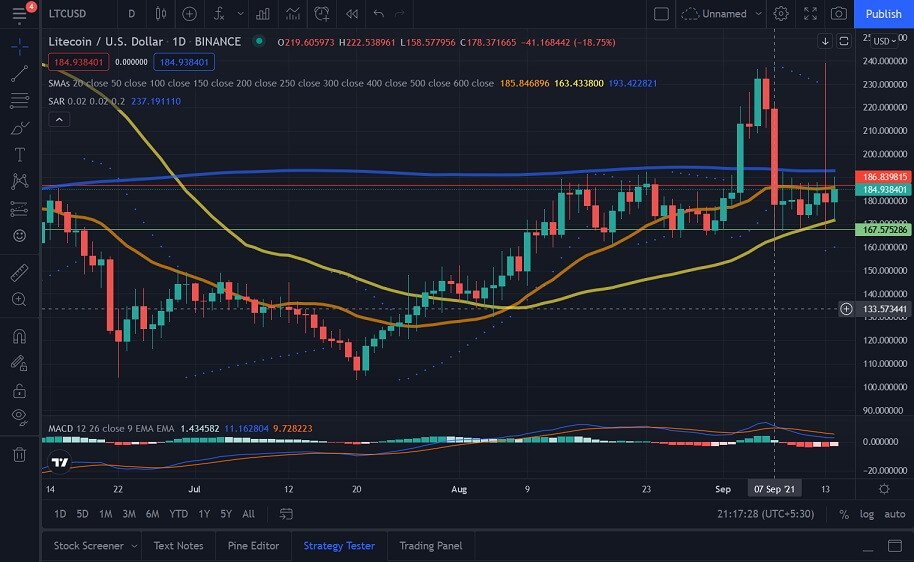 The weekend saw the Litecoin price recover, with LTC pushing up by 2.59% on Saturday to settle at $178.58. Sunday saw the price push further towards the 20-day SMA, rising by 2.56% to settle at $183.14. LTC started Monday on a bearish note, with the 20-day SMA acting as resistance and pushing the price down. LTC fell by over 2% on Monday and slipping below the $180 level. However, the current session started on a positive note for LTC, with the price already up by nearly 3% and looking to push beyond the 20-day SMA. Looking at the MACD, we can see that it is bearish, but if LTC can push past the 20-day SMA, we could see it flip to bullish. The Parabolic SAR, on the other hand, has already flipped to bullish.

Looking at IntoTheBlock’s IOMAP for the Litecoin price, we can see strong resistance at around $198.90, where over 85,000 addresses have sold over 4.4 million LTC.

Looking at the 4-hour Litecoin price chart, we can see that after the bearish cross between the 20-bar SMA and the 200-bar SMA, LTC was pushed down to $175.87. In the subsequent session, the price recovered and pushed back above the 20 and 200-bar SMAs, settling at $185.24. However, the price fell back to $178.58 on the 12th before pushing back up to $184.87. However, LTC could not sustain the momentum and fell back below the SMAs. The price then pushed up significantly as the volatility brought about by the Walmart announcement gripped the market. Currently, LTC has pushed above the 20, 50, and 200-bar SMAs and is at $184.61. 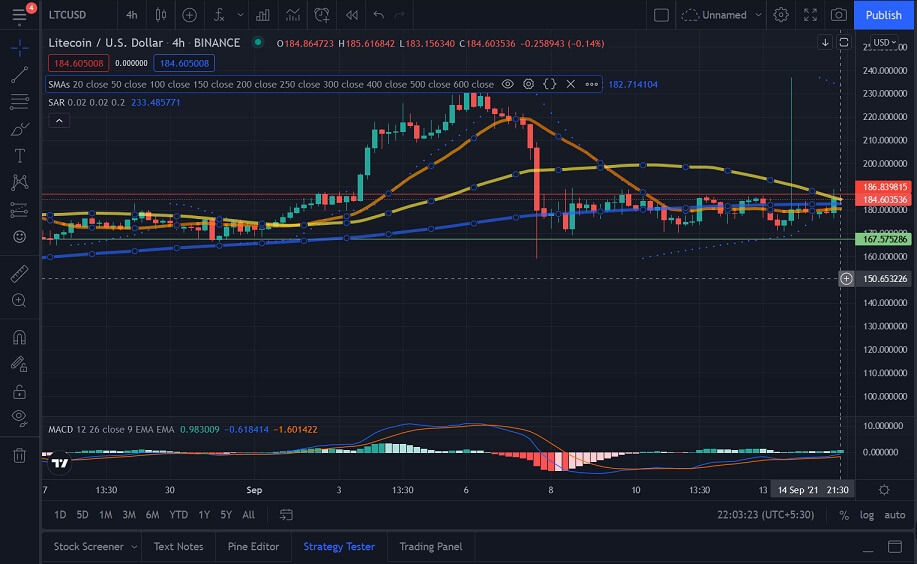 Earlier, GlobeNewswire sent out a press release referencing a partnership with Walmart. Walmart spokesman Randy Hargrove recently confirmed the press release is not authentic. He also said the retailer has been in touch with the newswire company to investigate how the false press release got posted.

Intrado owns GlobeNewswire. It issued a “notice to disregard” the original release earlier. Several media organizations, including CNBC, sent headlines on the announcement.

Shares of Walmart had less movement on it. GlobeNewswire said that a fraudulent user account was used to issue the release. A spokesperson noted:

“This has never happened before and we have already put in place enhanced authentication steps to prevent this isolated incident from occurring in the future. We will work with the appropriate authorities to request – and facilitate – a full investigation, including into any criminal activity associated with this matter.”

Litecoin had tweeted the press release from its official account too. In response to the various media outlets that covered it, one of Litecoin’s social media team members “was a little too eager and shared the story from the Litecoin Twitter account,” the Litecoin Foundation said in a statement Monday afternoon.

“This was quickly deleted and we have taken steps to correct future issues.”

The Securities and Exchange Commission said it does not comment on such matters.