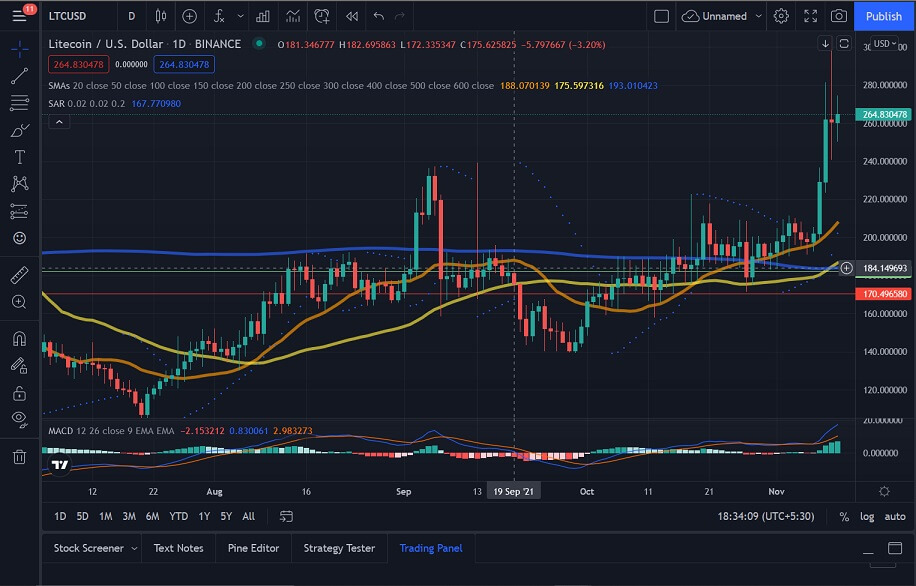 After dropping to $197.80, the Litecoin price recovered on Sunday, pushing up by 2.20% and settling at $202.15. On Monday, the price continued to remain bullish as LTC started the week rising by over 13% and settling at $229.01. The bullish sentiment persisted on Tuesday, as the price pushed up by over 14%, settling at $262.03, before registering a marginal drop on Wednesday. However, LTC has recovered during the current session, and with the Parabolic SAR and MACD both bullish, we could see the price push up further during the current session.

Looking at IntoTheBlock’s IOMAP for the Litecoin price, we can see that LTC has strong support at around $250.03. At this price level, more than 100,000 addresses have bought over 2.8 million LTC. 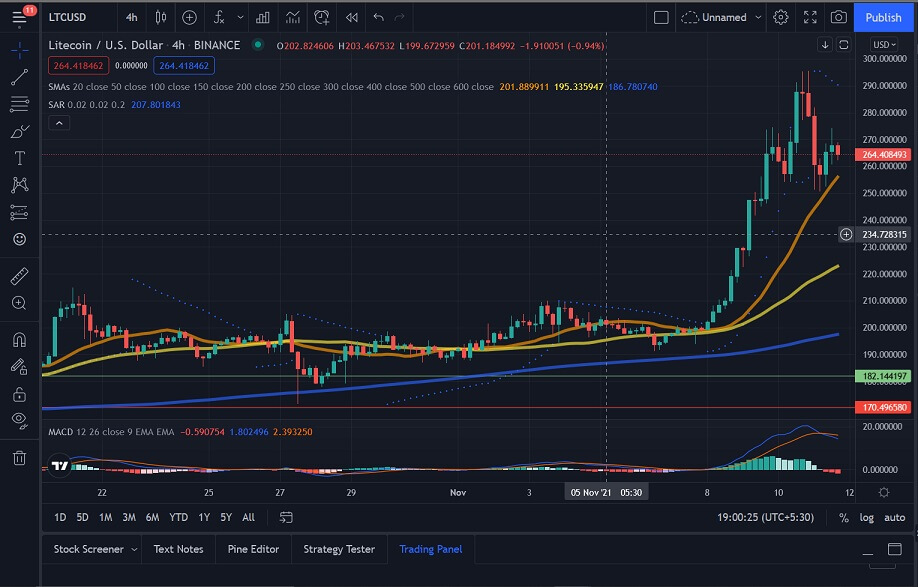 The Litecoin price chart shows us that LTC has recovered during the current session after a marginal drop on Wednesday. If the bullish sentiment persists, then we could see LTC move past $265.