This Tuesday, the Litecoin price dropped from $187 to $181 before finding crucial support at the 200-day SMA. The MACD shows sustained bearish momentum, so it seems like the sellers are going to test the 200-day SMA even harder.

Looking at Into The Block’s IOMAP, the Litecoin price has a robust support at the 200-day SMA. As per the IOMAP, 120,000 addresses had purchased almost 5.3 million LTC tokens at this level.

Dogecoin saw a surge in its volume and even jumped to an all-time high recently. However, irrespective of its rise, it was always perceived as a meme coin. Elon Musk, the CEO of Tesla and self-appointed brand ambassador of DOGE, has been supporting the token for a few months. I

DOGE has historically made up 10% of all LTC merge mining revenue. Litecoin miners are seeing a 5x increase in daily revenue (80% from DOGE income). Opportunistic LTC miners have driven up Dogecoin’s hashrate by 48% YTD (30D) with the merge-mined coin now having a higher market cap than its base coin. 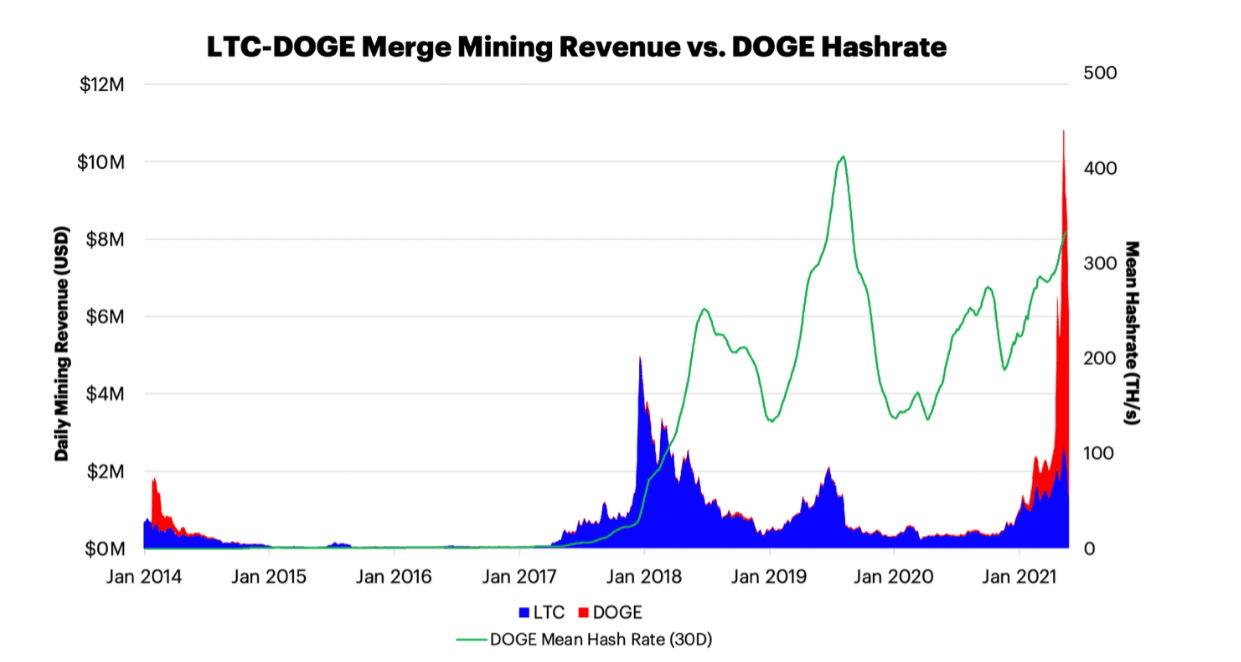 Notably, Noon acknowledged a chief setback for DOGE when contrasted with Bitcoin. In terms of Node topology, only 62% of DOGE nodes were in sync within five blocks of the chain tip, partially driven by Dogecoin’s 1-minute block times. Additionally, the analysis stated:

Lower numbers of fully synced nodes make it harder for new nodes to connect and sync to the network, highlighting certain deficiencies at the network layer.

Looking at the Litecoin price daily chart, the buyers need to protect the 200-day SMA at all costs. A drop below this level could take LTC down to $170.