The Litecoin price dropped from $180 to $120 between June 15 to June 21 as it lost $60 in its overall valuation. During this fall, LTC managed to flip the 20-day SMA from support to resistance. Plus, Litecoin had also dropped below the Bollinger Band before hovering back in.

The Litecoin price has been hovering between $120 and $150 since June 22. Having met continuous resistance at the 20-day SMA, the Bollinger Band had started constricting to shows decreasing volatility. The MACD still indicates sustained bullish market momentum.

Looking at Into The Block’s IOMAP, the Litecoin price faces immediate resistance at the 20-day SMA ($140). As per the IOMAP, nearly 208,000 addresses had purchased almost 4 million LTC tokens here.

Litecoin turns ten years old this October. The crypto community is celebrating this milestone by highlighting many of the network's features, including its infamous low fees. Data compiled by @MASTERBTCLTC has shown the number of Litecoin transactions is just under 75% of that of the number of Bitcoin transactions. 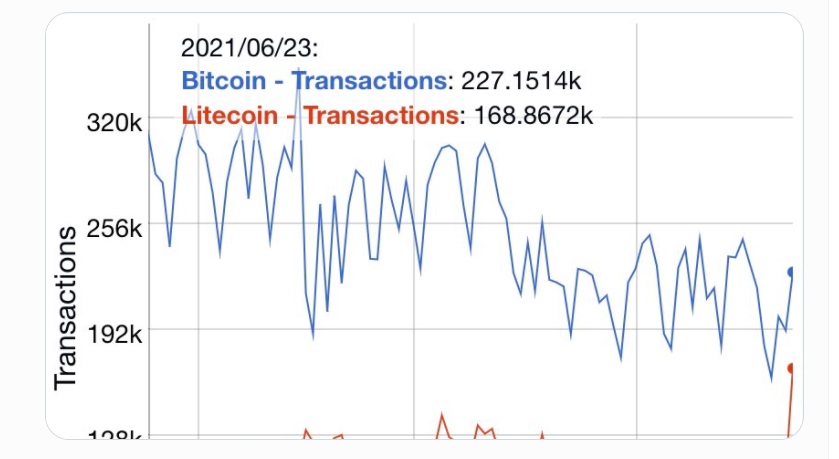 Litecoin Foundation’s David Schwartz took to Twitter to share his observations. He noted that LTC “has changed from mostly a method to transfer BTC during peak cycle to one of more ‘regular’/payment” and transaction usage. The asset seems to be changing. 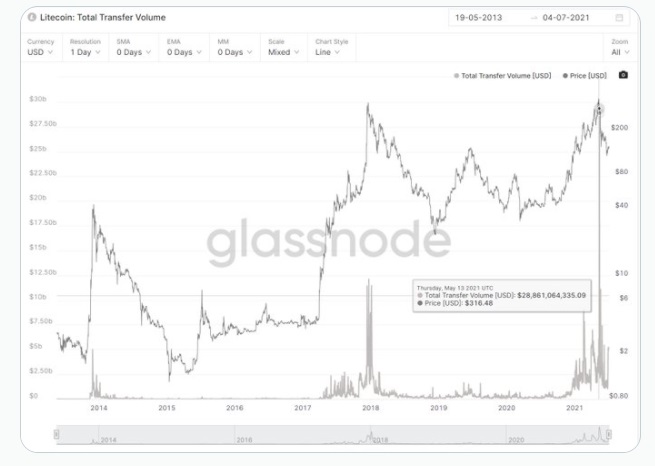 "I'm going to start with transactional stats related to growth in both #'s & use case as both a payments coin & SoV. The first is overall trx value ($) It follows the bull/bear cycle & grown exponentially each cycle with it's current high at >$28 bln on 5/13/21, but not fully."

Schwartz shared the following chart to explain his claim about Litecoin undergoing changes. 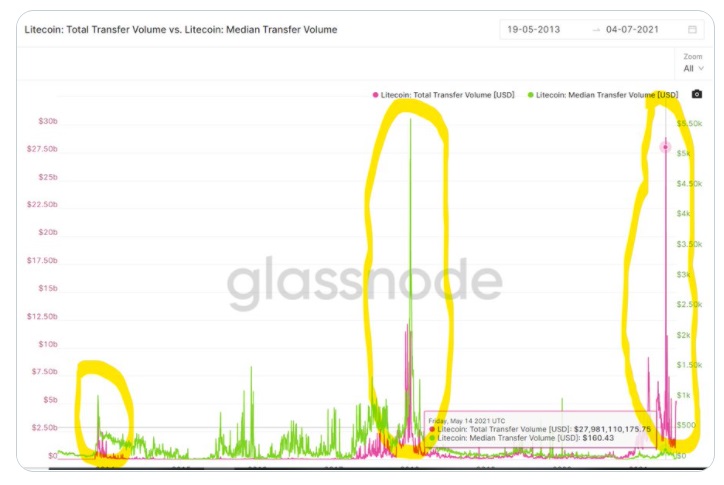 "When looking at trx volume vs. trx median value, you start to see how #LTC has changed from mostly a method to transfer #BTC during peak cycle to one of more 'regular'/payment trx usage. Median $ value per trx is only $160.43 on 5/13/21, the same day it hit > $28 bln moved"

Litecoin is bursting with activity. There is also proven liquidity in the market. It is now visible that “transactions are well above average & growing exponentially each cycle.” Schwartz continued: 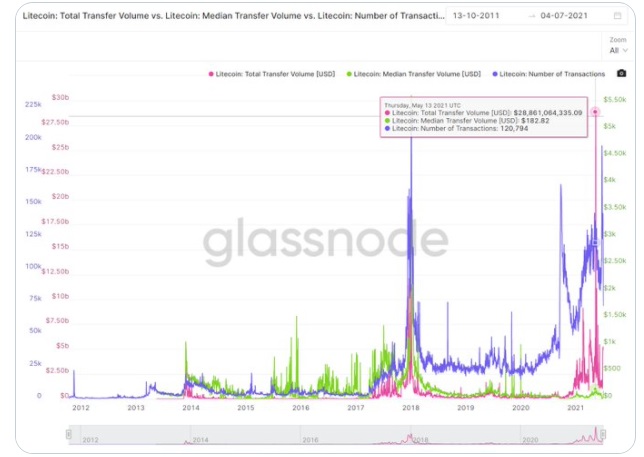 "To add more evidence towards a #LTC payments/'utility' use case, we can also compare the amount of trx performed vs. total value sent vs. median trx value. Transactions are well above average & growing exponentially each cycle."

To illustrate mainstream acceptance of LTC, the executive shared the following chart. 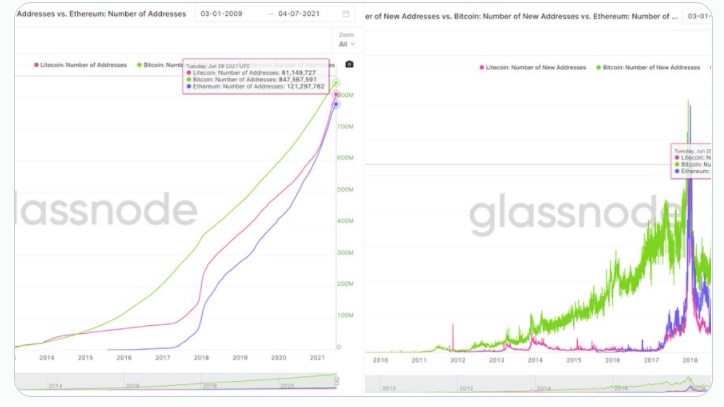 "To add more evidence towards a #LTC payments/'utility' use case, we can also compare the amount of trx performed vs. total value sent vs. median trx value. Transactions are well above average & growing exponentially each cycle." 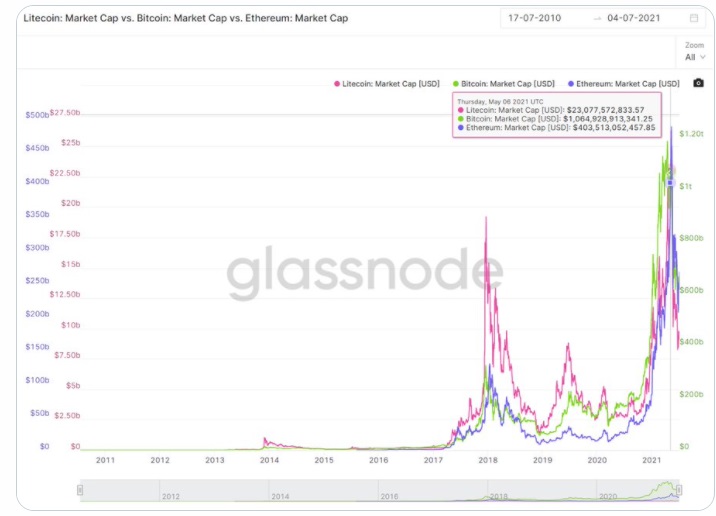 "#LTC has been added to many global financial instruments & portfolios, with Grayscale's #Litecoin Trust being one of the most prominent. Yet, it's market cap has lagged in comparison to #BTC & #ETH It did still exceed it's 2017 high of ~ $16 bln by $7 bln in 2021, though."

The executive concluded with a compelling point.

The task remains the same for the buyers. Gain enough momentum to somehow take down the 20-day SMA. Failure to do so will see LTC drop to the $135 support.