The Litecoin price is on the verge of overcoming the $185 resistance barrier. Prior to that, LTC had crashed by 65% as it dropped from $388 to $140 between May 10 and May 23 – and flipped the 20-day, 50-day , and 200-day SMAs from support to resistance. Following this crash, the buyers pushed up LTC to $185, reversing the 200-day SMA from resistance to support. However, the price soon slumped after encountering the $200 obstacle.

This Saturday, the Litecoin price dropped from $178 to $162 and flipped back the 200-day SMA from support to resistance. However, the buyers then took back control over the next two days, and pushed LTC up from $162 to $183 – gaining back the 200-day SMA as a support wall. Looking at the daily price chart, LTC is on the verge of:

Litecoin price has immediate resistance at $185. As per the IOMAP, 73,000 addresses had purchased almost 1.75 million LTC tokens at this level. 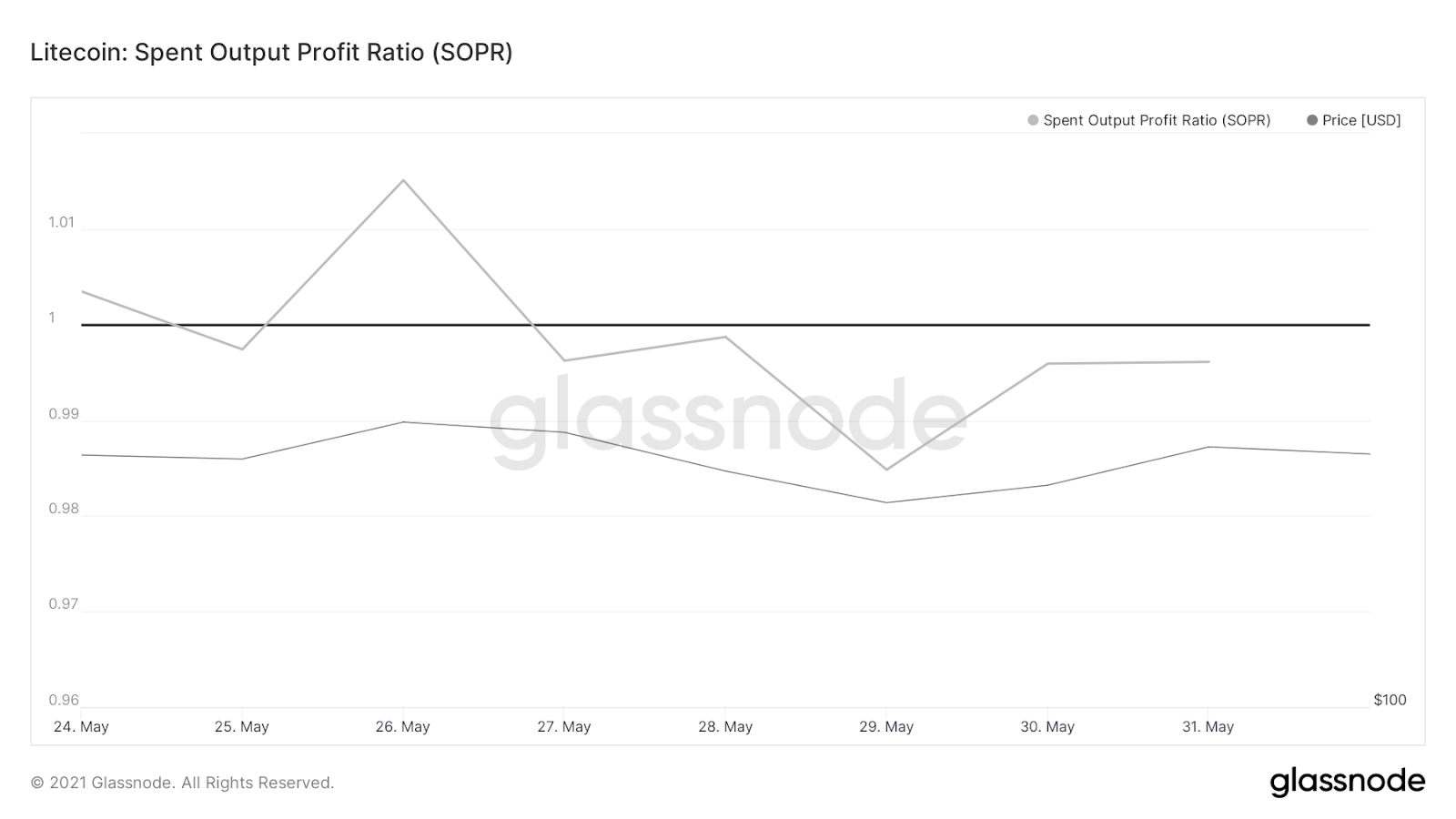 Over the last week, the SOPR (Spent Output Profit Ratio) has dropped below 1. This tells us that more Litecoin holders are at a loss than profit.

Now that the Litecoin price has overcome the 200-day SMA, it needs to overcome the $185 resistance to reach $200.