For the last seven days, the Litecoin price has been stuck below the 20-day SMA. The Bollinger had been continually narrowing to indicate decreasing volatility. The relative strength index (RSI) tells us that the buyers and sellers are canceling each other out.

Looking at Into The Block’s IOMAP, the Litecoin price has immediate resistance at the 20-day SMA ($135). As per the IOMAP, nearly 215,000 addresses had purchased almost 3.22 million LTC tokens here.

Popular crypto analyst and trader Michaël van de Poppe recently mapped out bullish scenarios for Ethereum, Litecoin, and two additional altcoins as Bitcoin continues to trade in a narrow range. Van de Poppe took to Twitter to inform that he’s keeping a close watch on Ethereum against Bitcoin. According to the crypto strategist, ETH/BTC is poised for a 25% surge as long as it prints a bullish higher low setup.

“A correction on ETH/BTC isn’t bad. Seeking for another higher low at 0.06 or 0.063 before continuation towards 0.075 BTC could happen.

Another coin on the trader’s radar is peer-to-peer payments network Litecoin (LTC), which Van de Poppe believes is primed to recover $280 provided that it stays above crucial support at $100. 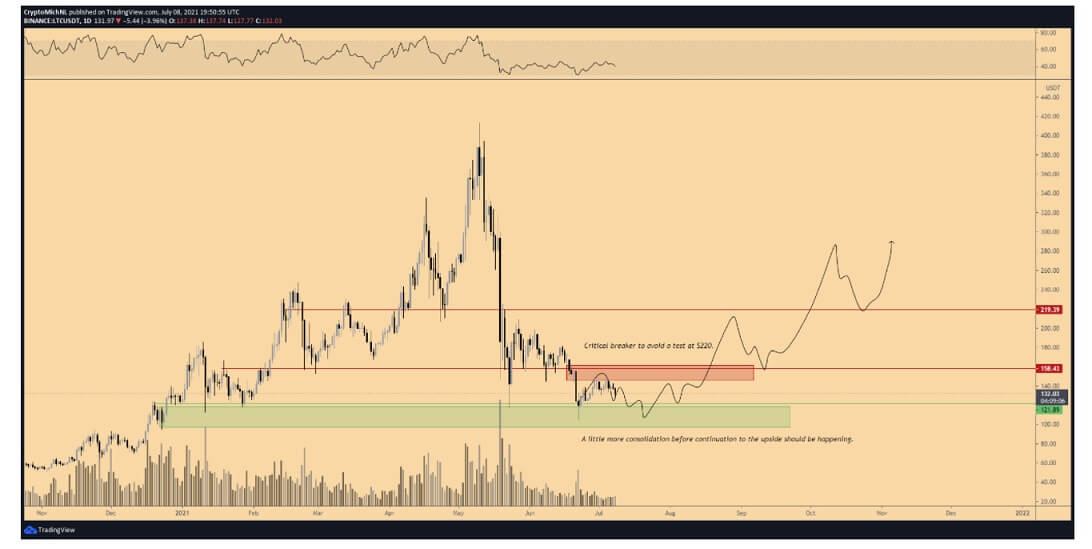 "I think the altcoins are close to a bottom too.

Litecoin and other altcoins reject a crucial level of resistance, but they are seeking a bit more confirmation before the trend can shift.

A higher low or double bottom will do with bullish divergence.”

Van de Poppe also predicted that SXP (the native digital currency of payments platform Swipe) could rally over 116% against Bitcoin (SXP/BTC) to 0.00013 if it takes out key resistance around 0.00006. 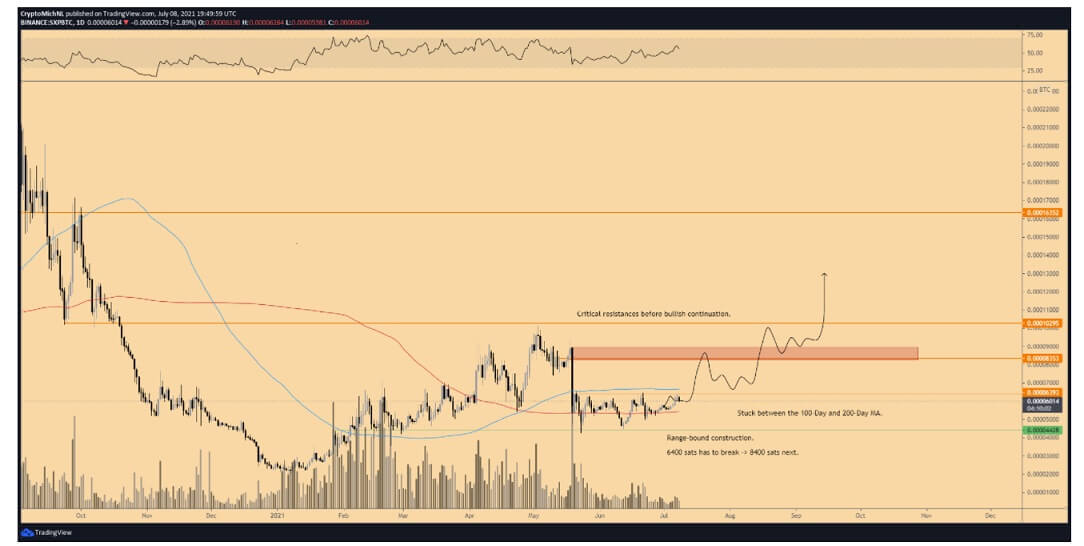 “Nothing has changed on Swipe.

I’m still expecting that a bull cycle is around the corner.

Breaking the 100-Day MA (moving average), and it should be fine.”

The analyst then discussed Algorand, a cryptocurrency for payments and a blockchain for decentralized finance applications. According to the crypto trader, Algorand must breach key resistance around 0.000029 against Bitcoin (ALGO/BTC) to surge to as high as 0.000042.

The Litecoin price needs to flip the 20-day SMA from resistance to support. Following that LTC should reach the $140 resistance barrier.