Polkadot is one of the biggest double-digit losers in the cryptocurrency market on Friday. The 13% loss comes after a meticulously staged rally from the short-term support at $21.5 to highs around $27.5. As discussed on Thursday, the ascending triangle breakout eyed recovery to highs around $33.

At the time of writing, Polkadot trades at $25 while seeking support in the same area. The rejection from $27.5 cut short the anticipated swing to $33. At the moment, bulls focus on securing higher support and perhaps resuming the uptrend.

Testing and holding the x-axis (former resistance, currently support) would be a massive bullish signal. Besides, bulls are relatively in control according to the Moving Average Convergence Divergence (MACD) indicator.

After dropping to -5.2 in May, the MACD had regained ground, almost hitting the mean line. However, the bearish events on Friday slowed down the movement. However, it is worth mentioning the wide divergence of the MACD line (blue) above the signal line. In other words, buyers still have the upper hand. 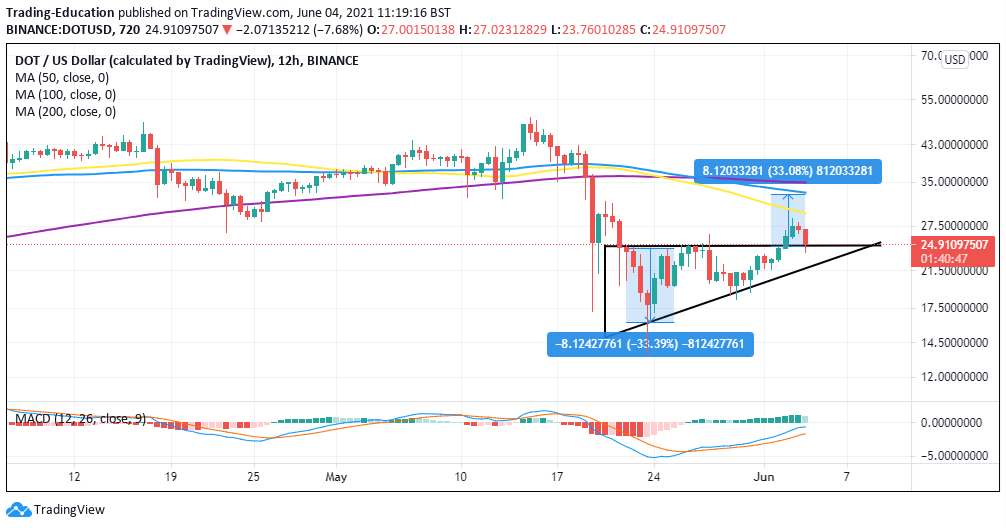 It is worth mentioning that immediate support must be defended to secure the uptrend. On the other hand, bulls have the challenging task of bringing down the resistance at $27.5. A move such as this is bound to trigger more buy orders as investors speculate the ultimate swing to levels above $30.

The four-hour SuperTrend indicator has a bullish outlook despite the correction from $27.5. The call to long Polkadot appeared on May 21, following the recovery from the support at $14. DOT’s path with the slightest resistance is north, with the signal remaining green and the line under the price. 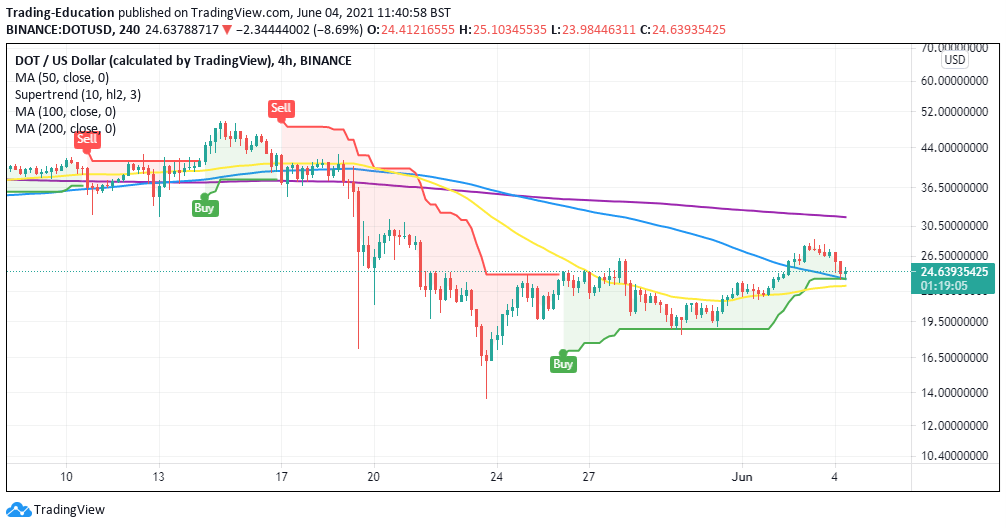 Polkadot’s immediate downside has been protected by the 100 Simple Moving Average (SMA). Marginally below this is another anchor by the 50 SMA. Defending the downside allows bulls to focus on a recovery above $27.5 and stretching the up leg to $33.