Polkadot is acclimating to some semblance of stability after the freefall from highs around $28. Bulls could not secure higher support at $24, an area highlighted by the 50 Simple Moving Average (SMA) on the four-hour chart. However, support seems to have been established at $20, allowing bulls to return from the sidelines.

Polkadot set for another recovery mission

Following the support at $20, potential losses to $14 have been thwarted, at least for now. Therefore, bulls can comfortably work on the recovery mission to $30. Meanwhile, all eyes are fixated on the resistance at $24 (50 SMA on the four-hour chart). Crossing above this region may trigger more buy orders, creating enough tail force to support the uplift to $20. 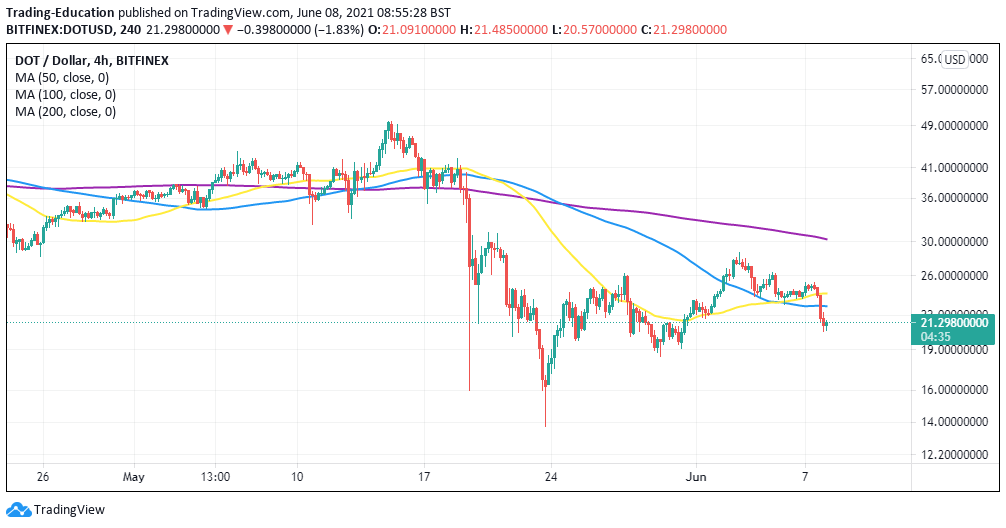 The impending recovery will be an uphill battle for the bulls based on several technical indicators. For instance, the Parabolic SAR has just flipped bearish on the four-hour chart after the parabolas (dots) moved above the price.

Sellers could continue to have the upper hand based on the SuperTrend indicator’s bearish signal. The call to sell manifested by the SuperTrend lifting above Polkadot’s prevailing market price and changing the colour from green to red. Note that this technical indicator is a chart overlay that helps identify positions to short or long an asset. With the sell signal in the picture, recovery may take longer to materialize. 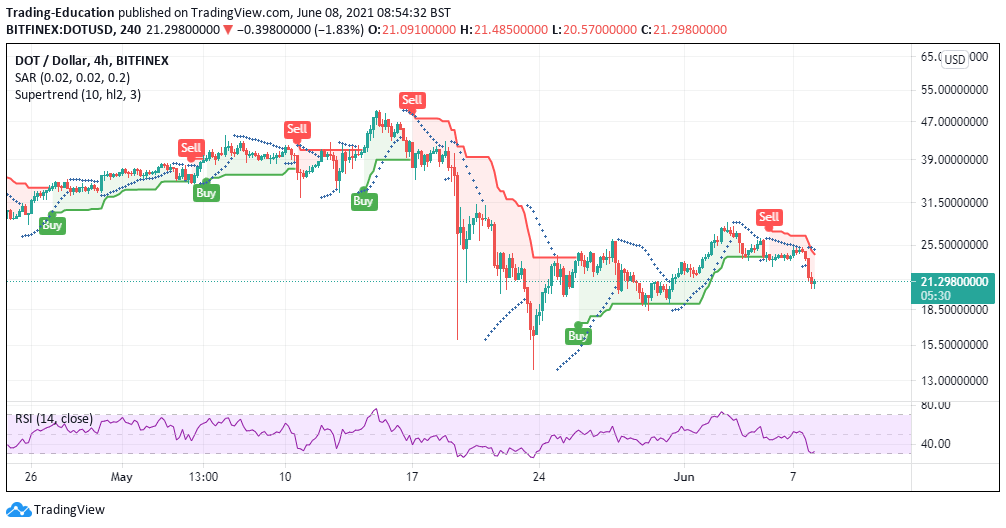 Despite the above bearish signals, Polkadot will sooner or later resume the uptrend. Note that the Relative Strength Index (RSI) is in the oversold territory. This means that DOT is trading way below its actual market value. When this happens, buyers are compelled to come to the market and pull the price higher. The support at $20 will play a crucial role in ensuring that focus is channeled to the $30 hurdle.