Polkadot trades at $34 after growing in value by 6% in 24 hours. This recovery comes in the wake of support of around $29. The dive to this level allowed more investors to join the market at a lower price. As the uptrend builds, DOT is likely to extend the action past $40 as bulls look toward $50.

Polkadot downtrend formed a falling wedge pattern on the four-hour chart. This pattern is bullish and leads to a breakout as soon as the upper trend line resistance breaks. A rising trading volume affirms the uptick, as illustrated on DOT’s chart. 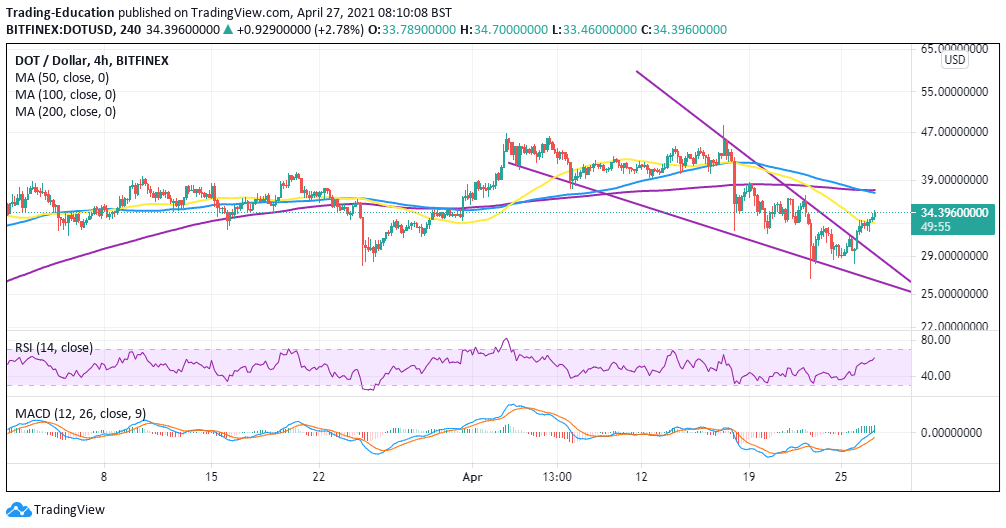 In addition to the falling wedge breakout, other technical levels have aligned to pave the way for the uptrend. The price has lifted above the 50 Simple Moving Average (SMA), implying that the uptrend is on track.

Similarly, the Moving Average Convergence Divergence (MACD) further strengthens the bullish outlook. The indicator crosses into the positive region while the MACD line expands the divergence from the signal line. Sustaining this technical picture would ensure that the uptrend remains intact.

Consequently, the Relative Strength Index (RSI) on the same four-hour chart shines more light on the ongoing uptrend. Besides stepping above the midline, the RSI is heading to the overbought.

It is essential to keep in mind that a break above the $35 could trigger massive gains as Polkadot lifts past $40. Besides, the SuperTrend indicator has flipped bullish, suggesting that it is time for investors to increase their stakes. The bullish outlook manifested in the indicator turning green from red and moving under the price. 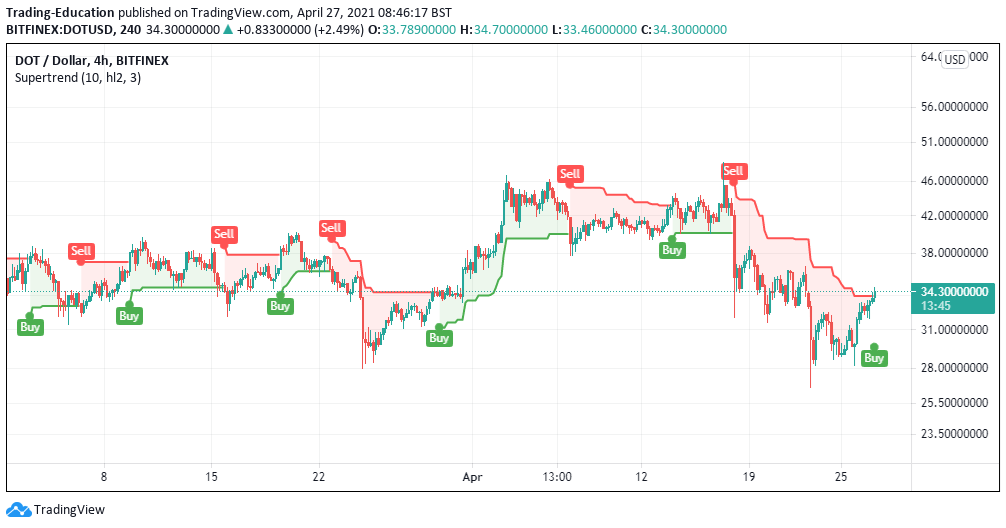 The four-hour chart shows the 50 SMA as the immediate support. Holding above this level allows buyers to focus on breaking the hurdle at $35 the selling pressure at the 100 SMA and 200 SMA. On the downside, losing the 50 SMA support could spur losses toward the primary support at $29.