Polkadot is one of those cryptocurrencies that started on a bleak note. Launched in 2017, the crypto has come from a vague idea of a decentralized web to become the world’s tenth-largest cryptocurrency with a market cap of about $26 billion.

Polkadot picked on the recent bull run that excited the entire cryptocurrency market and soared 561.85% from January 2021 to hit its current all-time high of $55. This saw it elbowing rivals like Ripple’s XRP out of the way as it seeks to claim a spot among the most popular cryptocurrencies right now.

Although Polkadot was invariably plagued by losses in the past, it has now gained popularity as it picks up momentum on its quest to decentralize the web by enabling blockchains to connect and interact with each other.

Will the price of Polkadot rise this year? Is it a good investment? If you are looking to add this new crypto to your portfolio, we will provide the answers in this guide you need to make an educated decision.

What is Polkadot and Why is it Growing in Popularity

What Factors Affect the Price of Polkadot (DOT)?

Conclusion: Will the Price of Polkadot Rise?

What Is Polkadot And Why Is It Growing In Popularity 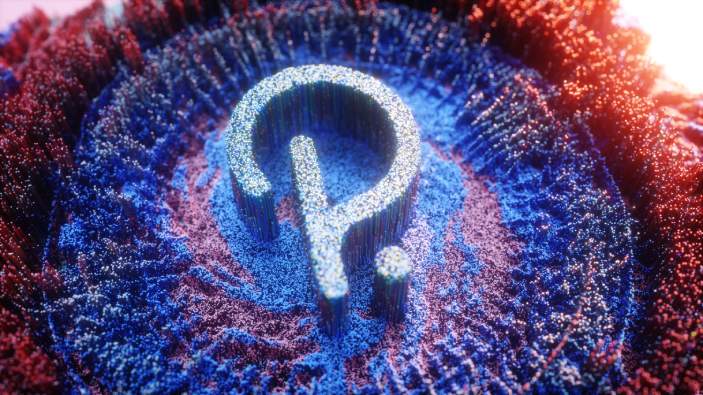 Gavin Wood, an Ethereum co-founder, created the Polkadot protocol to help ‘ develop a superlative realization of Web3’.  According to Gavin, cryptocurrencies like Ethereum might be exposed to several sharding problems, especially after the launch of Ethereum 2.0.

Sharding is a complex scaling solution that is used by Ethereum. This is where the entire Ethereum network is split into several portions known as shards, with each shard having its own independent state. That is a unique set of smart contracts and account balances.

Polkadot is, therefore, aimed at supporting the development of Web 3.0 by decentralizing the world wide web. It capitalizes on the same technology that is used by Ethereum. That is, allowing other developers to launch and operate DApps on top of its existing platform.

The Polkadot project is currently developed and controlled by the Switzerland-based Web3 Foundation. The foundation reports that Polkadot is being uniquely developed to enable for:

Polkadot is powered by its own cryptocurrency known as the DOT token. The token is mostly used by the network for governance, staking and bonding. Here is what these mean:

While most cryptocurrencies like Bitcoin require hard forks to introduce new features or fix bugs, Polkadot can be upgraded normally like a regular application.

It is also worth noting that Polkadot is being developed alongside its canary network, known as Kusama. The Kusama network uses the same code as Polkadot and is mostly used to test new features for Polkadot. While they use the same technology right now, the two networks might have to develop independently in the future.

Polkadot had a successful ICO in October 2017, a year after it was launched. The project was able to raise more than $140 million and $485,331 ETH tokens. More than half of Polkadot’s 10,000,000 DOT stock was sold during the initial coin offering. This turned out to be one of the most successful ICOs in the history of cryptocurrencies.

There were high expectations, and one DOT token was worth $30 during the ICO. This is very close to the current all-time high that the coin achieved years later. The ICO excitement soon died, and the price dramatically dropped to less than $7 as soon as Polkadot started trading. Thereafter, the company wobbled through losses that forced it to contact two private sales rounds in 2019 and July 2020. According to CoinDesk, the crypto also recently raised about $43 million in about 72 hours.

This drove the price to about $6 but then dropped again in August 2020 to about $2.83. However, by the end of the same month, the price had shot up again to above $6, according to data from CoinMarketCap. From there, the price fluctuated between $4 and $6 from September to November before shooting to $7.422 on December 31st, 2020.

The price kept rising and hit $10 in January as the coin joined the market-wide bull run that kicked off at the start of the year. As most cryptocurrencies began breaking new records, Polkadot wasn’t left behind, and by January 21st, it had jumped to $17. It slightly dropped by the end of January, then suddenly surged and had doubled by mid-February 2021.

Short-term predictions for this year are easier to pull off despite the volatility issues. However, when we have to predict the prices of cryptocurrencies for the next two or three years, it can be a tough gamble.

However, Polkadot hasn’t shown any wild volatilities apart from the regular spikes and troughs. So, maybe we could be able to give a general outlook of price action in the next two years.

Long Forecast is not very optimistic and thinks that DOT will finish 2022 at close to $20.38.

From February to May, Polkadot will stagnate in the $25 mark below, dropping to $23 in June. It will then again jump to $27.14 in August and then it will drop again to finish December at $20.38.

This looks like a lot of guesswork. The stability in these predictions throughout the year might not be consistent with the volatile nature of cryptocurrencies making these projections a bit vague.

However, the stability in 2022 signaled by Long Forecast seems to spread across the other prediction platforms, although the prices are different.

For instance, Wallet Investor predicts that Polkadot will gradually increase from $39.25 to $60.63 from January to December 2022, with no drops along the way. This is a bit unreal and maybe overly bullish. So far, we have not seen a cryptocurrency that rises throughout the year without any fluctuations. Polkadot itself has already shown that it is capable of unpredictable fluctuations from its price history.

As you can see, the predictions from Wallet Investor and Long Forecast for 2022 vary greatly. The same goes for 2023. Wallet Investor sticks to its gradual increases with no drops. That is $61.33 to $84.49 from January to December 2023.

While Long Forecast gives realistic prices, they are too stable to be real. In fact, for most of 2023, the price of Polkadot will mostly be around the $41 mark, which is somewhat below what Wallet Investor projects.

So, maybe it is safe to assume that Wallet Investor is being bullish with its predictions.

Polkadot is already showing a positive outlook for the next few years. While we might not be able to accurately predict prices for as far as 2025, there is a strong indication that we will be seeing new milestones soon.

Long Forecast doesn’t give much to depend on in this time frame. Just like 2022 and 2023, the price is in 2023 are pretty much stagnant. In fact, the prices for the whole of 2024 and 2025 are almost the same. That is $40-$41. We seriously doubt the price of a famously volatile asset would remain constant for a whole three years.

Time will tell which of these predictions are close to accurate. For now, we can only be content with the fact that Polkadot is on an uptrend this year and beyond.

What Factors Affect The Price Of Polkadot (DOT)?

While the prices of cryptocurrencies like Polkadot are hardly predictable, there are a number of fundamental factors that can impact price movement. These factors vary from coin to coin, although there are a few constant ones.

The following two factors have been known to directly affect the price of Polkadot in the past.

Polkadot is closely tied to Ethereum, having been built by one of the Ethereum co-founders. Both Ethereum and Polkadot allow the creation of other blockchains on their platforms and have their own native tokens, that is, Ether and DOT.

Due to these similarities, it is possible that Ethereum’s current success might be bottlenecking that of Polkadot. However, the universal rise of cryptocurrencies at the start of 2021 has also exposed Polkadot to potential investors and making it among the top 10 cryptocurrencies. Possibly soon enough, it will give Ethereum a run for its money.

As the demand for decentralized finance rises, a number of cryptocurrencies have already adopted it, with Polkadot among those on the forefront. DeFi seeks to decentralize finance and give common people more control over their money.

This way, factors such as interest rates and transfer fees will be phased out and make transactions flexible and cost-effective for everyone.

Already, Polkadot is underpinning several DeFi projects such as Chain X, Kusama, Edgeware, and Chainlink. According to the Polkadot website, there are currently 385 projects hosted on its platform.

So, as the demand for DeFi rises, platforms enabling these services will grow with them. Polkadot is no doubt going to ride in the upcoming decentralized finance bull run.

Check Out: Is Polkadot a Good Investment?

Conclusion: Will The Price Of Polkadot Rise?

According to several predictions, there is already a positive outlook for Polkadot in the coming years. Although the coin has suffered through losses and is currently growing at a slow pace, there is a great chance that it will soon hit new milestones.

So, should you invest in Polkadot?

We think now is a safe time to invest in Polkadot while the price is still low. Although the asset has shown slow growth and struggling to surpass its current all-time high, there is a great possibility that it will be worth much more in the next few years.

However, you should first do your research and work with an expert before making the decision to invest. Remember that while it is fairly stable, Polkadot is still fairly volatile and can turn tables faster than you expect. So, never invest more than what you can afford to lose.