Polygon appears to be embracing sideways trading action amid a sluggish cryptocurrency market. In May, the token plunged to $0.75 before recovery ensued. As incredible as the bulls performed last week, MATIC lost steam before hitting the all-time high of $2.7. Instead, bulls bowed to the barrier at $2.4, resulting in another correction to $1.5.

At the time of writing, the price has remained relatively unchanged at $1.8 since the discussion on Wednesday. However, it is essential to realize that this sideways trading occurs at the apex of a pennant pattern.

Polygon holds at the takeoff threshold

Polygon is on the ‘runway’ ready for takeoff as soon as bulls push the throttle forward. A bullish pennant pattern occurs in the middle of an uptrend and signifies consolidation before another breakout.

The pattern is created by two trend lines, meeting at a relatively equal slope. A pennant resembles a flag pattern with a flagpole, only that it has converging lines. The volume in the technical pattern is crucial and must be monitored to avoid false breakouts.

For instance, the volume must be large as the pennant starts to form but reduce to highlight the consolidation. The volume spikes to complete that pattern toward the apex, paving the way for another significant price action. Note that Polygon may lift to $3 as soon as the price slices through the upper trend line’s resistance. 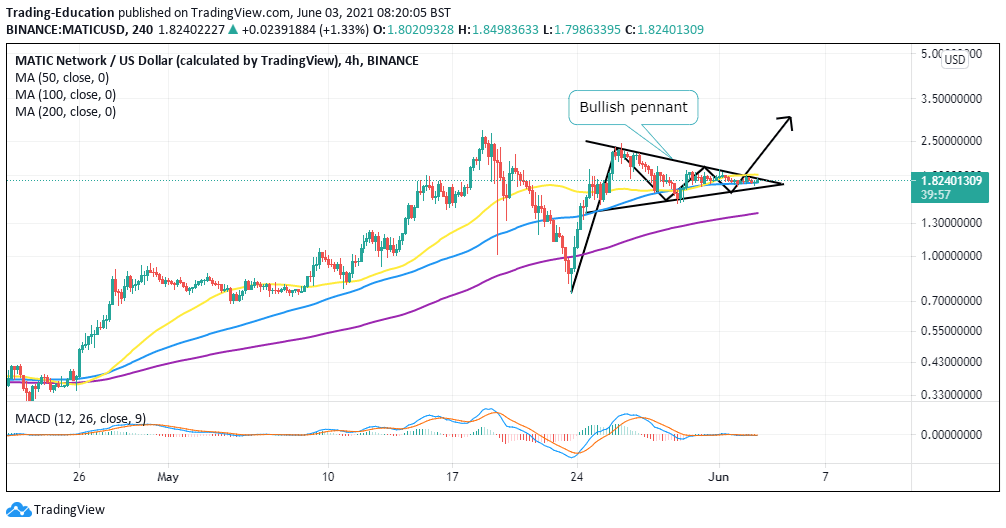 Meanwhile, the Bollinger Bands constriction on the four-hour chart affirms the consolidation. Subsequently, the tight squeeze reveals that a breakout is around the corner. Therefore, a break above the 50 Simple Moving Average (SMA) and the pennant’s upper trend line could mark the upswing to new record highs. 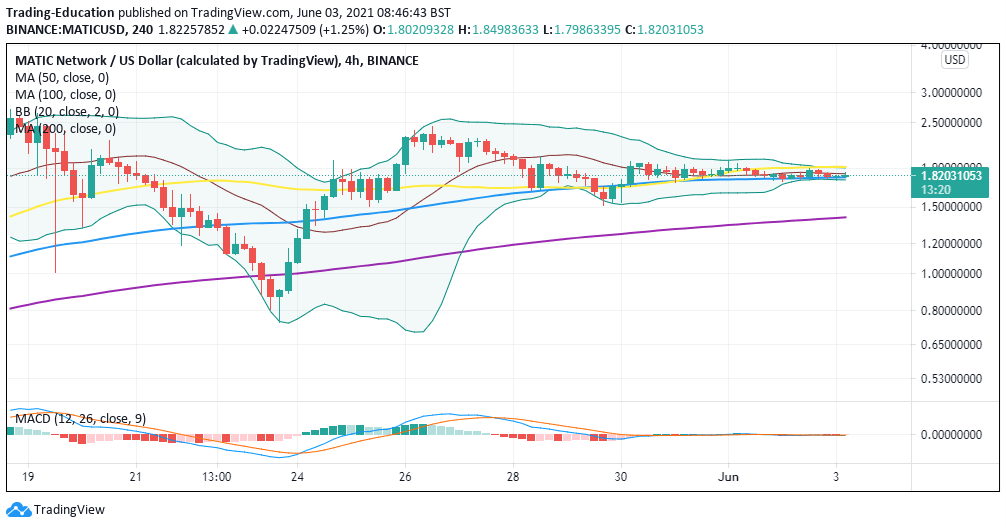 The Bollinger Bands show the possibility of a breakout but do not suggest either up or down. Therefore, bulls must hold onto the short-term 100 SMA support to ensure overhead pressure does not increase. Otherwise, the bearish leg could stretch to $1.5 and perhaps retest the support at $1.2. Note that the primary support is at $0.75.