Polygon Price Prediction: MATIC on the cusp of bullish pennant breakout to $1.2

Polygon appears to be trading sideways within the confines of a crucial technical pattern. The consolidation comes after a massive upswing from April lows around $0.3. At the time of writing, Polygon trades at $0.83 while bulls look forward to lifting to highs past $1.

Polygon has molded a bullish pennant pattern on the four-hour chart. This is a type continuation pattern that primarily forms amid a major price action (resembling a flag pole). The bullish action is succeeded by consolidation between two converging trend lines. As the pattern matures, a breakout is anticipated in the direction of the previous trend.

A comprehensive look at the chart vividly shows that a breakout is around the corner. Moreover, trading above $1 could yield massive gains due to the rising level of speculation. This means that Polygon could soon be on the path to higher highs, perhaps touch the region around $2.

However, traders must be careful to avoid false breakouts. Therefore, it is essential to wait for a confirmed price action above the chart pattern. 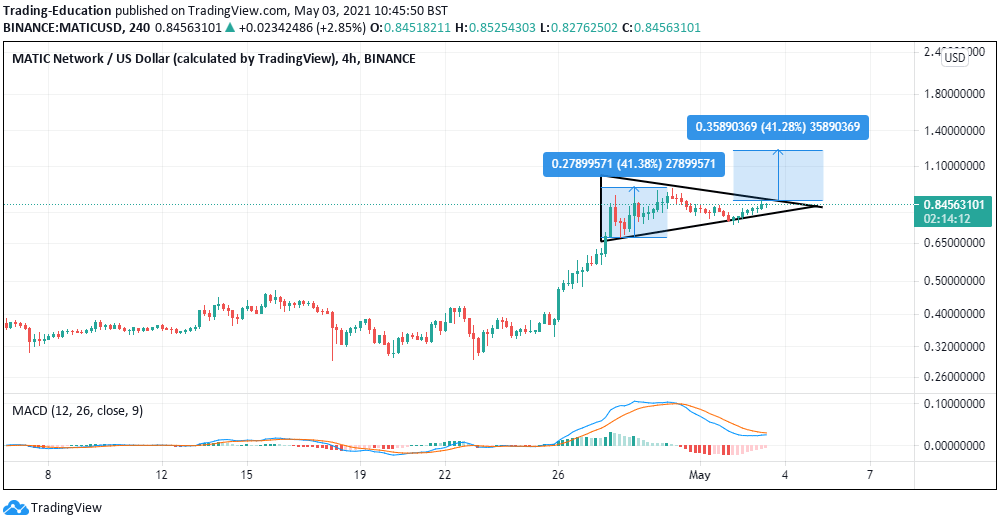 Similarly, the Moving Average Convergence Divergence (MACD) will likely flip massively bullish in the upcoming sessions. The indicator appears to have settled above the mean line. Besides, the MACD line (blue) is almost crossing above the mean line.

The SuperTrend indicator has also confirmed the bullish outlook on the four-hour chart. As long as the indicator stays green and beneath the price, the least resistance path will be upward. Moreover, short-term support has been formed at $0.8. If this region continues to hold, bulls will focus on highs above $1. 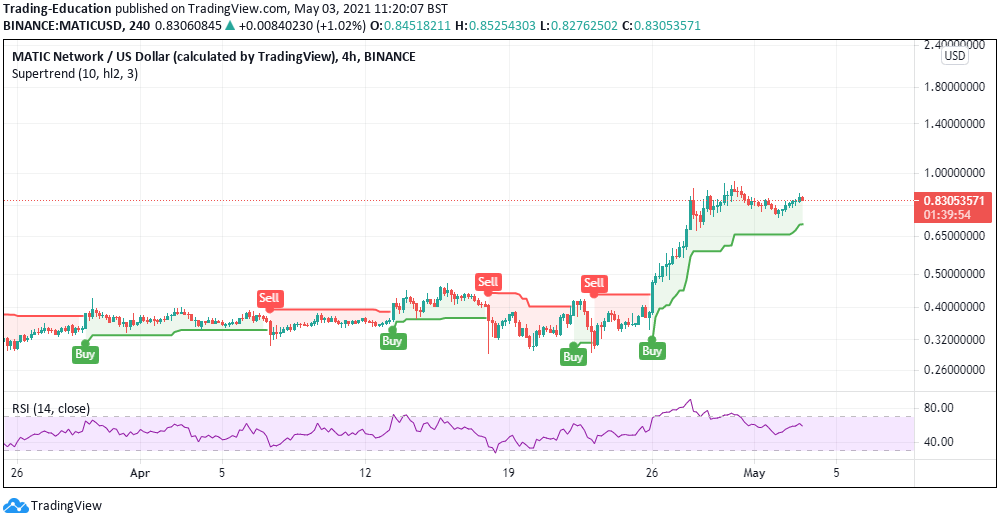 It is worth mentioning that the Relative Strength Index (RSI) has been rejected from the overbought region. In other words, the apparent selling pressure cannot be ignored. Its continued movement toward the midline and the oversold area would trigger massive losses and sabotage the bullish narrative.