Over the last five days, the Ripple price has found constant resistance at the 20-day SMA. With the 20-day SMA constantly stopping it from growing any further, XRP has managed to break below the 50-day SMA. The relative strength index (RSI) is also trending horizontally, which shows that buyers and sellers have been cancelling each other out.

The Ripple price sentiment in the 4-hour timeframe shows two bullish signals – the parabolic SAR and MACD both are in the favour of the buyers,

James K Filan, Ripple executives’ attorney, recently shared a copy of a letter filed by the US SEC with the Southern District of New York. Filan is representing former Ripple CEO Christian Larsen and current CEO Brad Garlinghouse in the lawsuit initiated by the US regulator.

Both parties informed the court that they have agreed on proposed dates for presenting arguments regarding the defendants’ motions to dismiss the case. 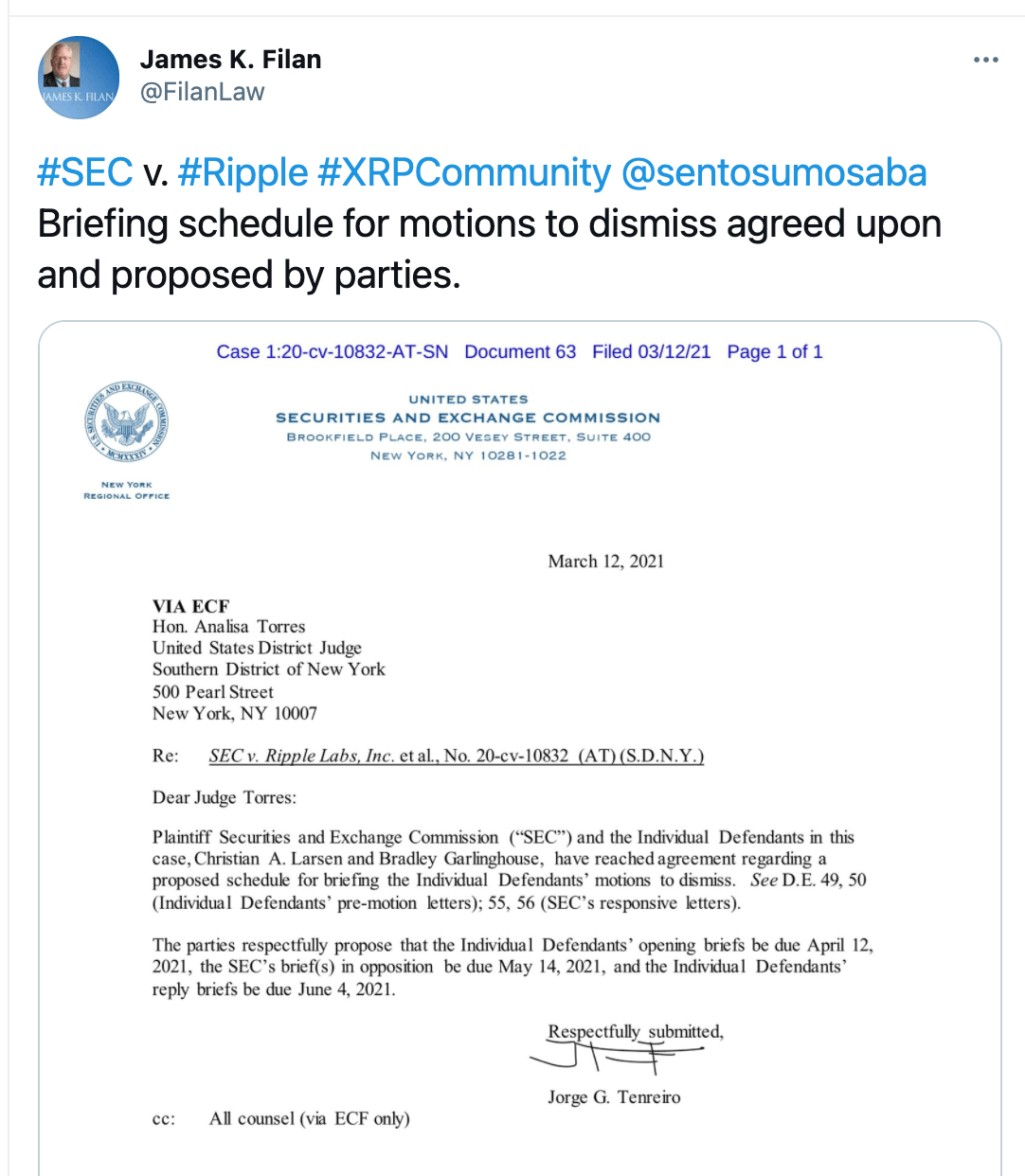 The opening briefs from the defendants and the SEC would take place on April 12 and May 14 respectively. The defense would have until June 4 to reply. These dates are only concerning the motion to dismiss from the defendants. Opening rounds generally give an idea as to the timeline that can be expected.

The SEC initiated the lawsuit against Ripple and its CEOs in December 2020. The Commission charged Ripple with raising over $1.3 billion from the sale of XRP as unregistered securities. Ripple Labs rebuffed the charges in January.

In the rebuttal, Ripple claimed that XRP functions similarly to other cryptocurrencies. Moreover, it argued that XRP was recognized as a digital currency by the State of New York and the Financial Crimes Enforcement Network (FinCEN) in 2015.

Ripple price will likely keep trending horizontally between the 50-day SMA and the $0.41 support.