After pushing up towards $1.30 on Sunday and then towards $1.40 on Monday, XRP started the current session on a negative note, with its price seeing a sharp drop. XRP had made a positive start to September, which allowed it to push past the 20-day SMA, which it had slipped below at the end of August. However, XRP rallied, and despite pushing past the SMA on 27th August, we saw the price slip below it once more towards the end of August as selling pressure pushed the price down. 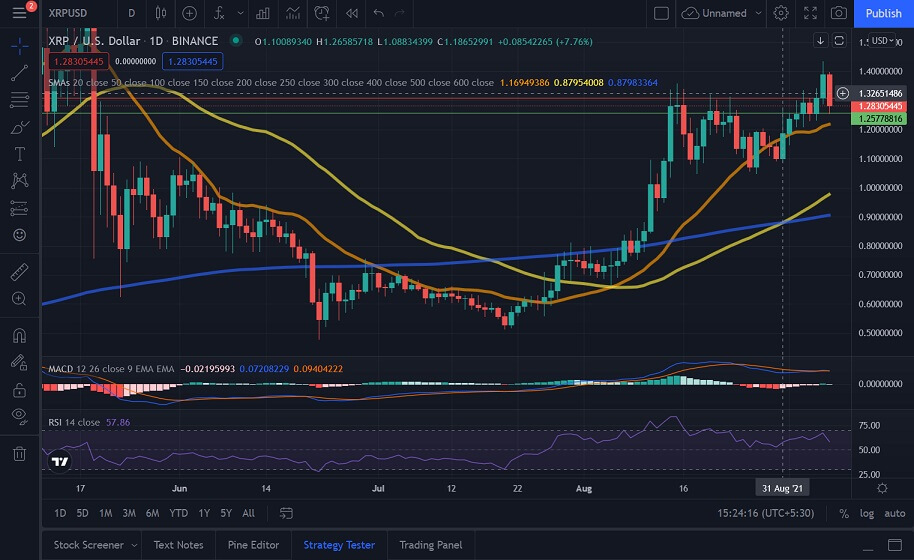 The 1-day price chart shows us that after pushing towards $1.40 on Monday, XRP has already lost over 8%, with the price expected to stabilize at around $1.25, where XRP has support. If the bears manage to pierce this level of support, we could see the price fall even further to the 20-day SMA at around $1.20. With the Parabolic SAR and the MACD are both currently bullish, we could see them flip to bearish if XRP falls below $1.25 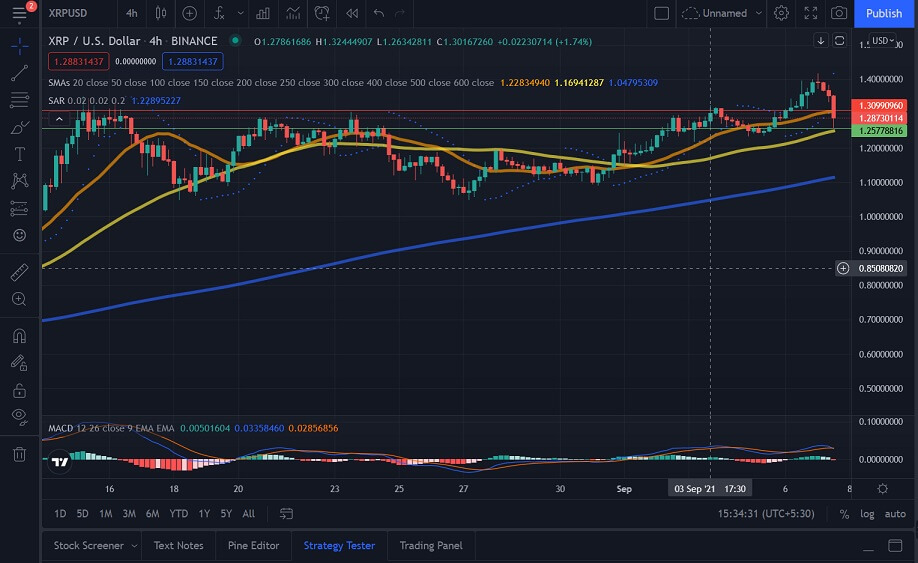 Looking at the 4-hour Ripple price chart, we can see that XRP went past the 20-bar SMA on 5th September and pushed beyond $1.30 on 6th September. After breaking past the resistance at $1.30, XRP rallied over the next couple of sessions and reached $1.39. However, resistance at this level pushed XRP back down, and after falling to $1.35, the current session saw XRP slip below the 20-bar SMA towards $1.30. The Parabolic SAR and the MACD have both been flipped from bullish to bearish, indicating that XRP could fall further during the current session.

Ripple Price To Have Massive Breakout Against Bitcoin

Crypto strategist and trader Michaël van de Poppe recently said that XRP is starting to gather some momentum. The analyst noted that XRP could surge by 46% from its current price levels.

“Some consolidation, sideways action and most likely we’re going to have a new breakout to the upside for XRP.”

Van de Poppe also looked at XRP in its Bitcoin pair (XRP/BTC). According to the crypto analyst, XRP/BTC is one resistance away from igniting a 140% surge from its current value of 0.000025 BTC or $1.25.

“You want to take an entry around this area (0.000022 BTC or $1.10). You want to place your stop beneath. And most likely, we’re going to have a break that just pulls the trigger towards the next impulse move towards 0.000038 BTC, worth $1.90. And then you’re actually going to look for higher lows and higher highs.

With XRP in the red during the current session and sellers in control, we can expect XRP to fall back to $1.25, where the price could find support. However, if the bears manage to breach this level of support, then we could see XRP fall further towards the 20-day SMA.