Ripple has been on a downward trend since the rejection near $2 in May. The initial breakdown from the multi-year high stretched to $0.65 before XRP started to recover. A break above $1 affirmed that the token eyed $2 again toward the end of May. Nonetheless, losses soon resumed in the first week of June following the resistance at $1.1.

At the time of writing, Ripple trades at 0.85 after a vigorous bearish wave crisscrossed the entire cryptocurrency market on Tuesday. Before the breakout, XRP struggled with the resistance at $1, reinforced by the 200 Simple Moving Average (SMA) on the 12-hour chart.

Tentative support at $0.9 did little to stop the immense overhead pressure. Meanwhile, bears are looking toward the next key level at $0.8. Trading under this area could trigger more sell orders, as investors panic sell to avoid the impending dip to May's support at $0.65. 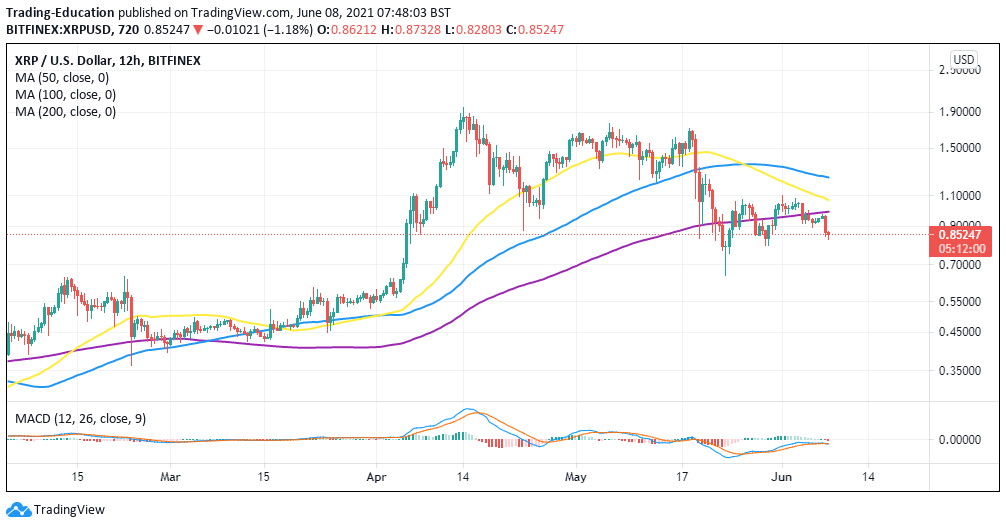 The Moving Average Convergence Divergence (MACD) indicator has a bearish outlook. This indicator comprises two moving averages, the 12-day EMA and the 26-day EMA. However, other moving averages are allowed depending on the trader's preferences. Note that a signal line is also included to account for the 9-day EMA of the MACD line. The MACD histogram is arrived at by subtracting the signal line from the MACD line.

Another bearish signal comes from the SuperTrend indicator on the four-hour chart. This technical indicator resembles a moving average system. It overlays the chart and uses the volatility to send buy and sell signals. A sell signal comes into the picture when the line moves above the price and changes from green to red. It infers that the bearish trend is far from over. 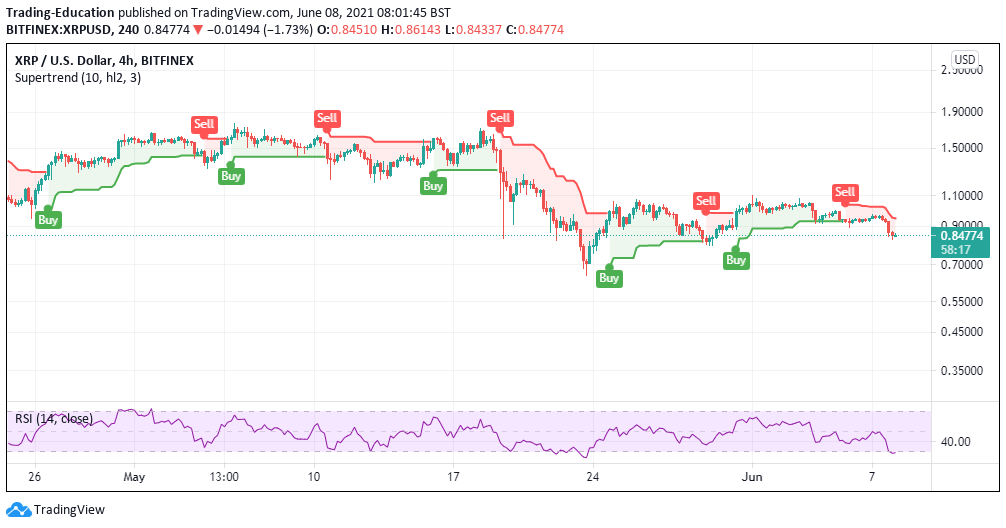 It is worth keeping in mind that the four-hour Simple Moving Average (SMA) is in the oversold area. With oversold conditions prevailing, a recovery will soon be overdue. Thus, more buyers may start to trickle into the market, speculating the ultimate rise past $1. Support at $0.8 will also play a critical role, ensuring that the bearish leg to $0.65 is curtailed.