Ripple bulls took control of the market over the last four days as XRP jumped from $0.252 to $0.47. In the process, the Ripple price will cross over the $0.30 and $0.40 psychological levels. Let’s see what’s going on behind the scenes.

Ripple Price Goes Up By 88%

Over the last four days, the buyers have remained in full control, taking the price up from $0.252 to $0.47 – going up by 88%. In the process, XRP managed to flip the 20-day, 50-day, and 200-day SMAs from resistance to support. Plus, the parabolic SAR has reversed from bearish to bullish.

While these signs are very positive, there are a couple of negative signs that the Ripple price has already flashed. Firstly, the relative strength index (RSI) has crept into the overbought zone, which shows that the asset is overpriced. Plus, the 4-hour chart is on the verge of flashing a sell signal in the form of green-nine candlestick in the TD sequential indicator.

As such, we could be in for a temporary correction.

It looks like this Ripple price pump was done by a Telegram group with around 125,000 members. It seems like the XRP community is capitalizing on the anti-Wall Street movement, which boosted the price of Gamestop stocks and Dogecoin. 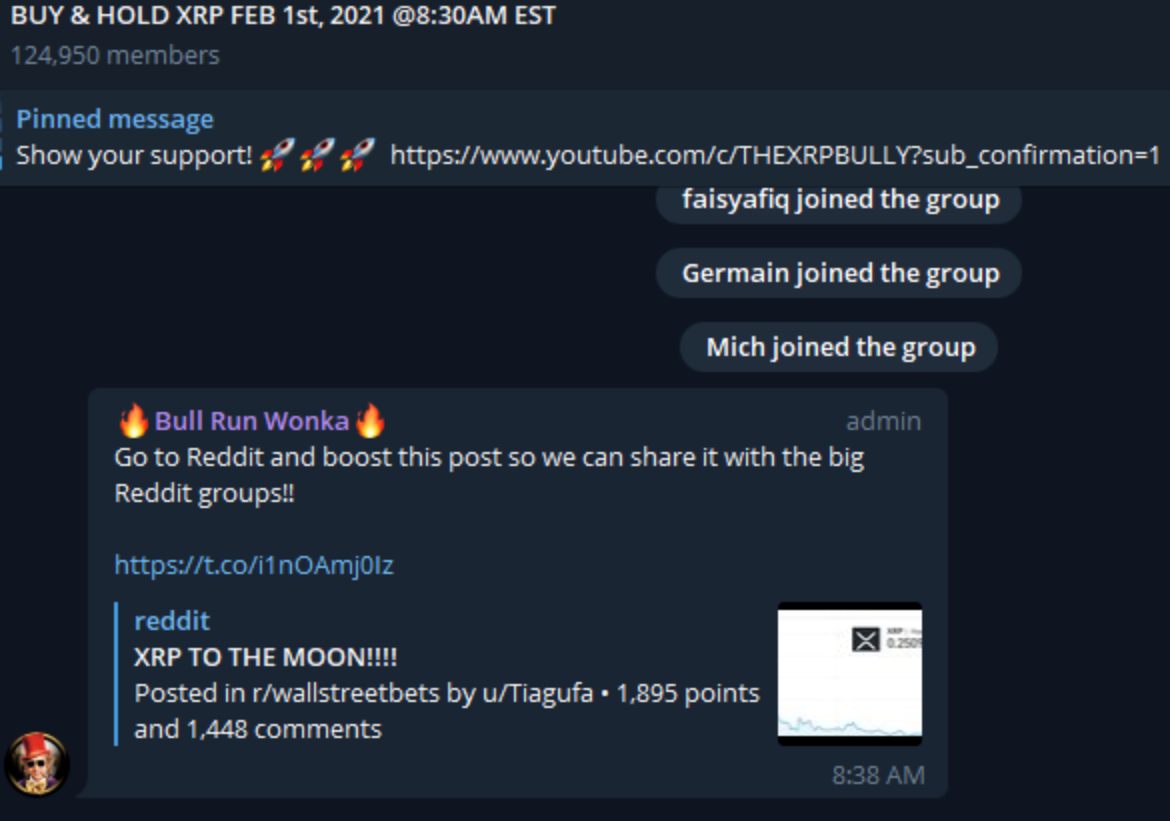 Ripple Fires Back At SEC Charges

Ripple Labs has officially answered the charges laid by the US Securities and Exchange Commission (SEC) alleging Ripple and two of its executives of selling unlicensed securities. Ripple Labs recently filed its rebuttal with the US Southern District of New York federal court.

The SEC had claimed that Ripple Labs and its current and former CEOs Brad Garlinghouse and Chris Larsen sold $1.3 billion in unregistered securities in the XRP token form. Ripple’s 93-page long filing answers the SEC charges paragraph-by-paragraph. The company has taken a multi-pronged approach focused on the way Ripple functions and its correlation with other cryptocurrencies in terms of pricing.

Additionally, the SEC charges go against the government’s own prior assessment. In 2015, the Financial Crimes Enforcement Network (FinCEN) recognized XRP as a digital asset and cleared the way for sales. According to the rebuttal claims, the SEC knew of the ruling and yet did nothing for years. This includes serving notice of a potential problem.

On February 15, an SDNY-originated offer to move the case to a magistrate expires. This offer is a step in most such suits, and the two parties need to agree on the move. Neither side is likely to recommend the change. After that deadline passes, a phone-in court hearing will take place on February 22.

Ripple price may ride this momentum wave and touch the $0.50 psychological level. However, what happens after that is anybody’s guess. We believe that the price may go through a temporary correction. Which could dip the price from $0.50 to $0.47.