Ripple succumbed to losses as the week's trading neared the tail end. Over the last few days, the cross-border token purposed to sustain the uptrend above $1 but failed on all the attempts. The latest stroke is the break of support at $0.9 and the 200 Simple Moving Average, leading to declines eying $0.75 and $0.65.

Ripple back in the red as overhead pressure intensifies

At the time of writing, XRP trades at $0.88 amid the rush to secure higher but formidable support. Already Ripple has lost numerous vital areas of concern, including $1, the 200 SMA $0.9. If the bearish grip continues, XRP may tumble toward the next tentative support at $0.75.

Meanwhile, the prevailing bearish outlook has been accentuated by the Relative Strength Index (RSI). After the rejection at $1, the trend strength indicator started retreating beneath the midline. A continued movement toward the oversold region could trigger massive losses.

Subsequently, the Moving Average Convergence Divergence (MACD) will likely flip bearish in the near term. A MACD line (blue) crossing under the signal line would drive the bearish narrative further, leaving sellers in the playing field. 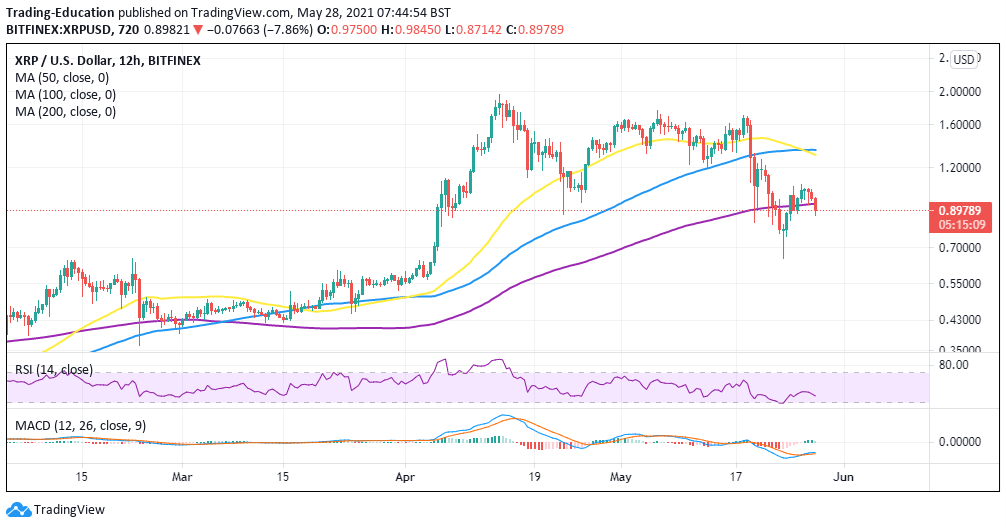 Another sharp drop in the number of new addresses joining the XRP Ledger is a colossal bearish signal. As discussed on Thursday, a declining network growth interferes with the regular inflow and outflow of tokens on the network. The drop implies that speculation levels have dwindled while denting the token's future growth in value and adoption.

Following the 30-day high of roughly 7,900 addresses recorded on May 11, the price has plummeted in tandem with the addresses to the current 3,900. If the downtrend in the metric carries on, investors should expect another dip or delayed recovery.

The four-hour chart reveals a bullish signal presented by the SuperTrend indicator. The call to sell occurred after XRP bounced off support at $0.65. If the buy signal stays put, investors will not be moved by the correction from $1. 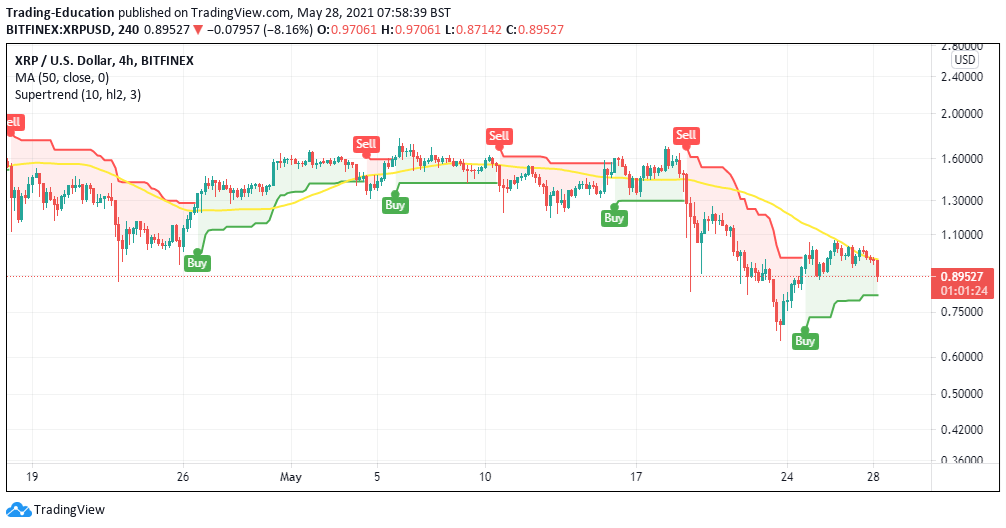 A daily close above the 50 SMA on the four-hour chart would call more buyers into the market as speculation rises for gains significantly above $1.