Ripple broke above upper range limit resistance discussed numerous times this week to post a two-week high of $1.71. A symmetrical triangle pattern on the four-hour chart hinted at an upswing to $4 but declines across the crypto market saw XRP lose some of the accrued gains.

The bearish leg extended under $1.6 and stretched to $1.4 before some semblance of stability resumed. Other cryptocurrencies also suffered substantial losses, including Bitcoin’s drop under $40,000 and Ethereum slide beneath $3,000.

Ripple bulls are focused on holding above $1.4 and, more specifically, the confluence support created by the 50 Simple Moving Average (SMA) and the 200 SMA on the four-hour chart. Staying afloat at this level ensures that the focus remains on the recovery mission back to highs above $1.7 and toward $2. 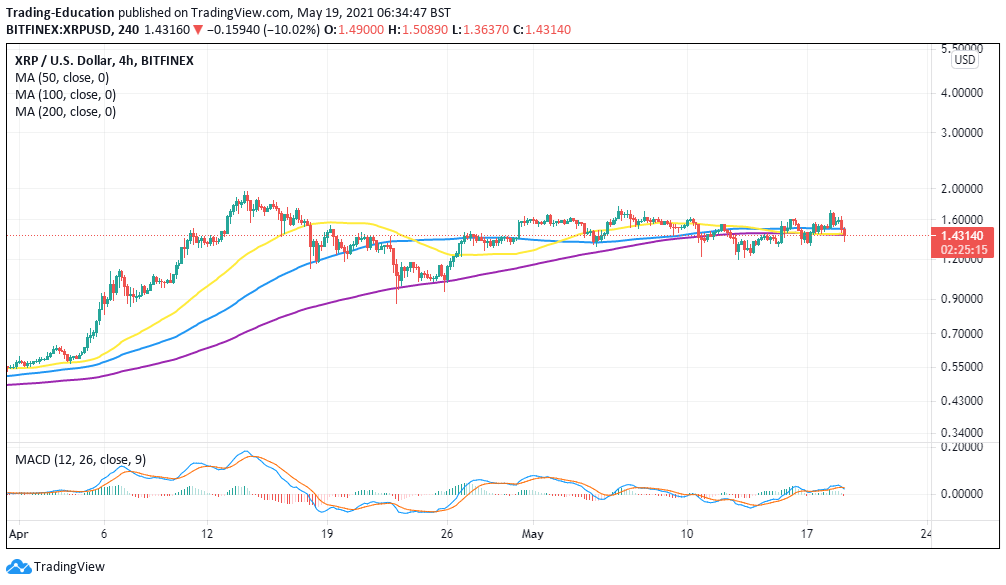 The same four-hour chart brings to light a bullish impulse from the SuperTrend indicator. This overlays the chart resembling a moving average, showing the prevailing trend direction. It is instrumental in trending markets but has some flaws during ranging price action.

The SuperTrend incorporates the average true range (ATR) for volatility input. It can either turn red or green depending on the intended signal. An upward trending market is identified by changing green and flipping beneath the price. However, a close under the SuperTrend is a sell signal signified by the indicator changing to red.

For now, a buy signal suggests that Ripple could resume the uptrend as investors return to the market. Therefore, a four-hour close above the green line will validate the potential trend reversal. 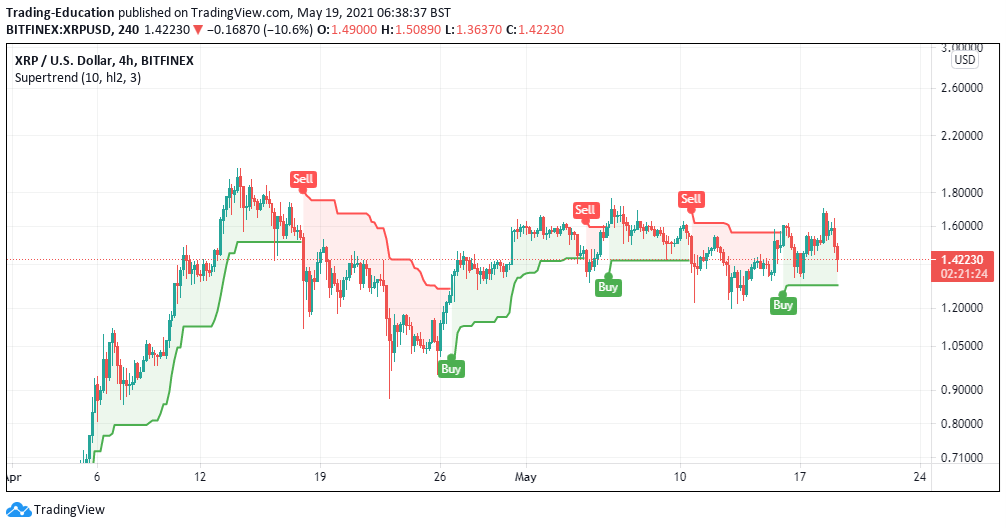 Declining network growth is a bearish signal, according to Santiment. The behavioral analytics platform shows that the number of unique addresses joining the protocol faces a challenge.

It is worth mentioning that a declining network growth interferes with the usual inflow and outflow of tokens. Hence, the network loses traction is adoption while the uptrend in value becomes difficult to sustain, explaining the price drop. Therefore, if the downturn continues, Ripple will bid goodbye to $2 and perhaps close the gap toward $1 and $0.85.