It seems like the $1.65 resistance barrier has blocked the Ripple price yet again. The Bollinger band has started expanding, which shows increasing volatility. The relative strength index (RSI) still has room to creep into the overbought zone, so it tells us that XRP may grow some more.

In the 4-hour Ripple price chart, the last two sessions have cancelled each other out. Despite this, XRP has also flashed multiple positive signals in this timeframe:

XRPL Wallets On The Rise 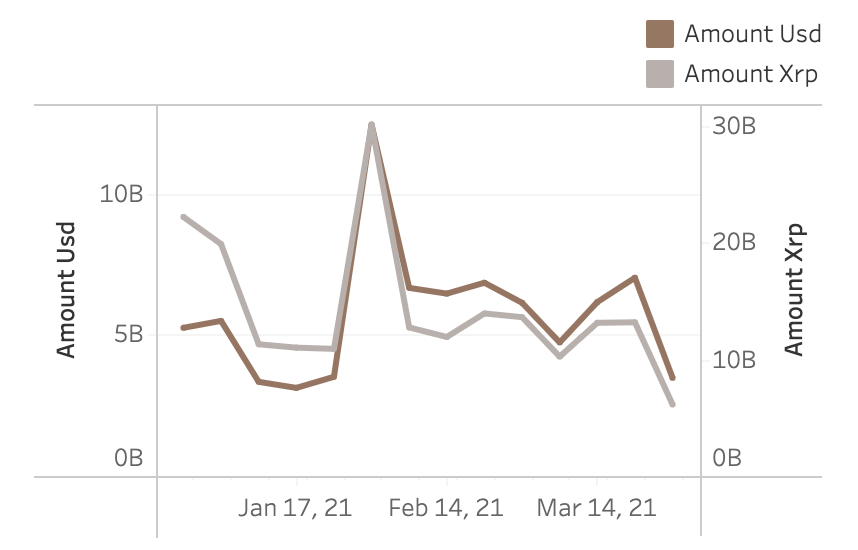 Ripple has recently filed a motion accusing the US Securities and Exchange Commission (SEC) of acting against investor interest, contrasting its purpose to protect investors.

The SEC filed a lawsuit against Ripple in December of 2020, alleging the fintech startup sold XRP unregistered securities. Ripple’s lawyers have filed a motion seconding numerous XRP holders who attempted to intervene in the case by arguing that the SEC caused XRP to lose billions of dollars in value. Ripple’s lawyers argued that the investors should be allowed to participate in the lawsuit to an extent.

Defendants support the named Movants’ participation in the case. Although Defendants oppose Movants’ motion to intervene to represent a putative class, the Court should permit them to participate as amici with elevated rights or as intervenors with limited rights.

The motion also blamed the SEC for massive losses.

Merely by alleging its novel theory, the SEC imposed billions of dollars in immediate losses on third-party XRP holders, dried up XRP liquidity in the United States, and chilled third parties from continuing to develop applications for XRP.

The 21-page motion emphasized that XRP holders “are innocent retail holders with no connection to Ripple who have already felt consequences from the SEC’s ill-advised jurisdictional overreach. Their desire to be heard is understandable and legitimate.”

The motion also accused the regulator of blatant disregard of the interests for whom the organization’s purpose is to protect.

If the Ripple price manages to break past the $1.65 resistance barrier it will be able to approach the $1.85 resistance line. However, failure to do so will take XRP down to the 20-day SMA ($1.40).