On July 13, the Ripple price failed at the 20-day SMA resistance and dropped to $0.59.  During this drop, XRP had six red candlesticks in the TD sequential detector, which shows that Ripple could drop for three more days before flashing the red-nine candlestick.

In the 4-hour time frame, the Ripple price has flashed two bullish signals::

"Siam Commercial Bank Infomercial! SCB EASY app Money Transfer with Ripplenet. "Bank of Thailand authorized the service to leave the sandbox...so you can be confident." 12 countries / USD GPB EURO SGD / Fastest is England to Singapore in 30 seconds & does a live demo. @Ripple"

The platform's money transfer application allows users to transfer funds between 12 countries. The SCB accepts USD, Euro, Singapore Dollar, and British Pound as payment methods. With RippleNet digital systems, it takes 30 seconds to transfer money from Great Britain to Thailand, Crypto Eri concludes. RippleNet by Ripple is among the small cohort of blockchain-based payment solutions adopted by large-scale enterprises across the globe.

Most frequently, RippleNet is utilized by banks to establish reliable, fast, and cost-efficient cross-border money corridors for individuals and businesses.

Additionally, Crypto Eri shared a screenshot of an SCB presentation designed to display its functionality to central bank officials. 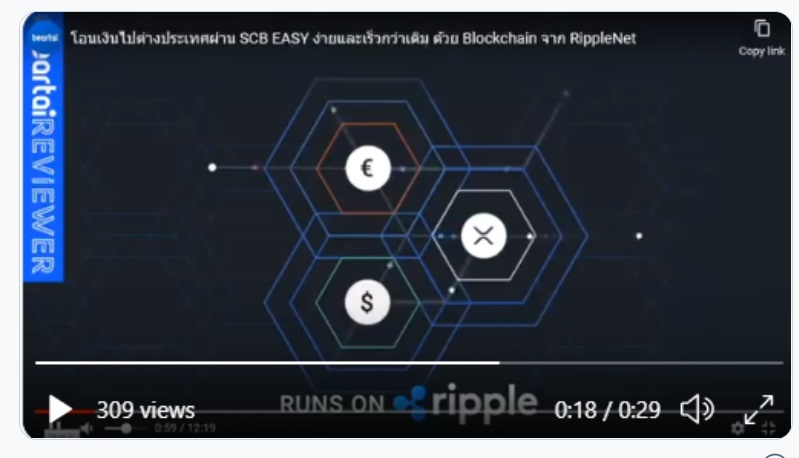 "Notice XRP in the Graphic for the Bank of Thailand!"

XRP token is demonstrated as one of the elements of a multi-currency payments ecosystem alongside the USD and Euro.

The Ripple price will probably break below the $0.58 line and reach the $0.54 support wall.