Ripple Price Prediction: XRP’s Next Target Is The $2.15 Line

Since April 4, the Ripple price jumped from $0.57 to $1.72, going up by around 200%. XRP did so by charting three consecutive flag-and-pole patterns. As things stand, XRP is on the course of charting a fourth flag-and-pole. Let’s take a closer with technical analysis.

The Ripple price has reached the top as determined by the flag-and-pole pattern and will probably go through a brief consolidation period before it jumps up again. As things stand, the MACD shows increasing bullish momentum so the overall market sentiment is positive. 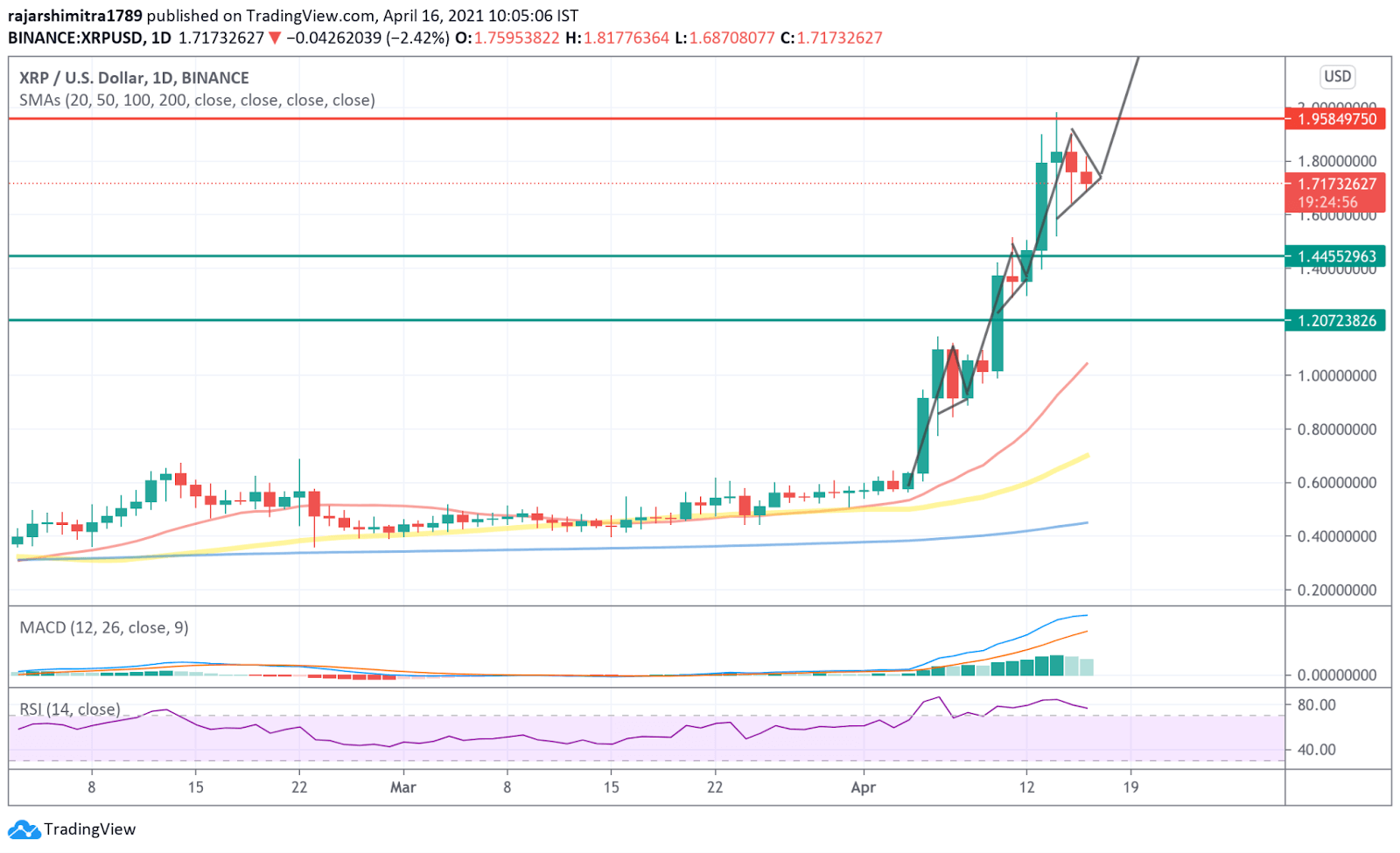 Looking at the 4-hour Ripple price chart, we can see that XRP has been flowing up in an upward wave, finding constant support at the 20-bar SMA. However, the latest candlesticks have dropped below this support. Regaining this support is crucial for XRP to fulfill the bullish pattern. 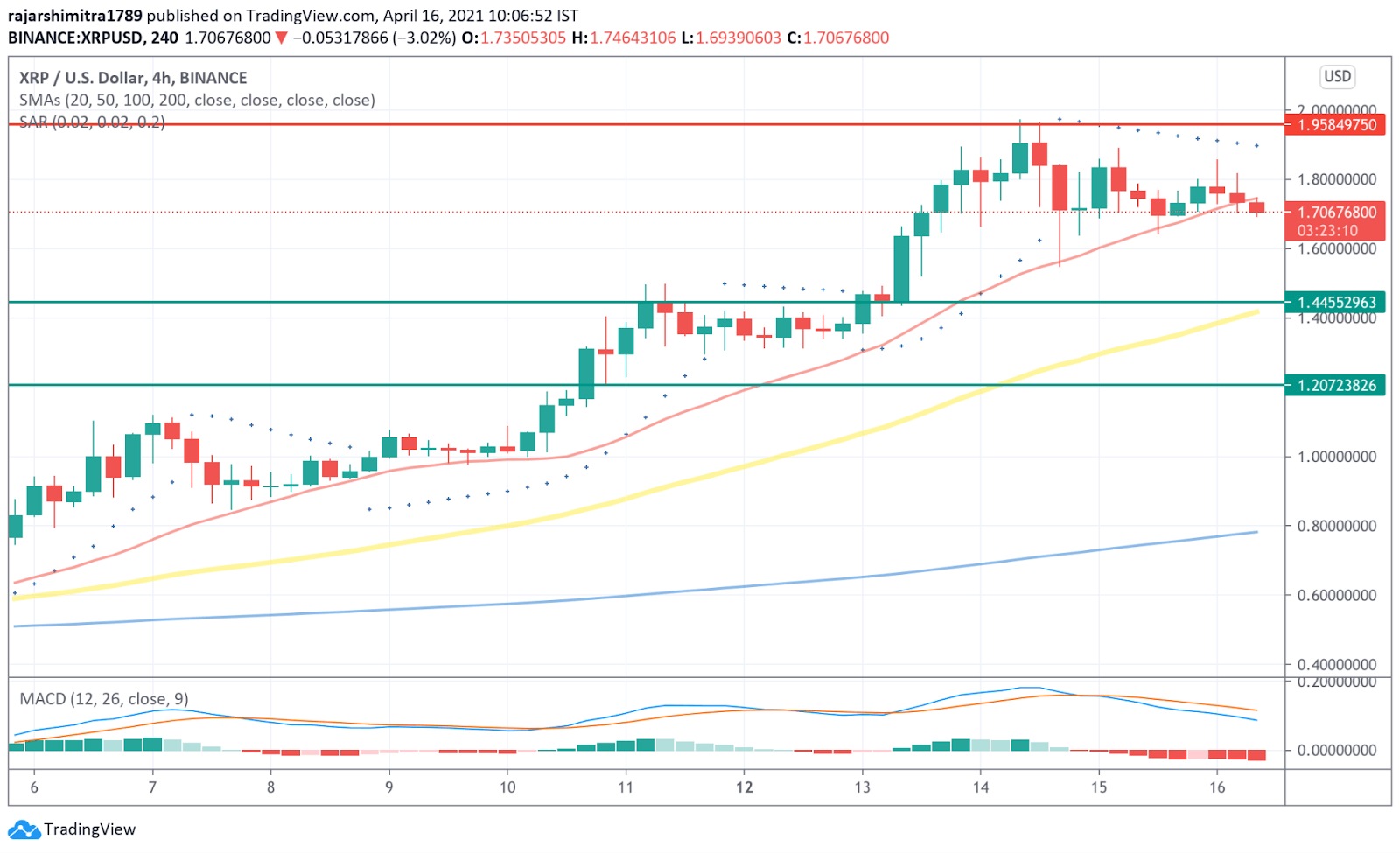 Ripple’s native token XRP recently rallied by a whopping 800%, inching close to the $2 price mark in a few hours. The robust price growth indicates that investors are not concerned about the ongoing SEC-Ripple lawsuit.

However, just six hours after rallying to $1.96, XRP dropped by over 20%. During a recent interview, DCG Group CEO Barry Silbert said that it is risky for US exchanges to relist XRP before receiving the SEC's blessing. These comments may have contributed to the prominent $420 million long liquidations on derivatives exchanges recently.

Over the past few weeks, Ripple’s victories in the lawsuit helped the asset soar. The Court granted access to internal SEC discussions regarding cryptocurrencies to Ripple. Later, the Court denied the disclosure of two Ripple executives' financial records.

Considering the recent rally, it’s not possible to pinpoint a single reason for the price correction. However, the recent $420 million long liquidations exceed those of February 1, when XRP price crashed by 46% in just two hours. 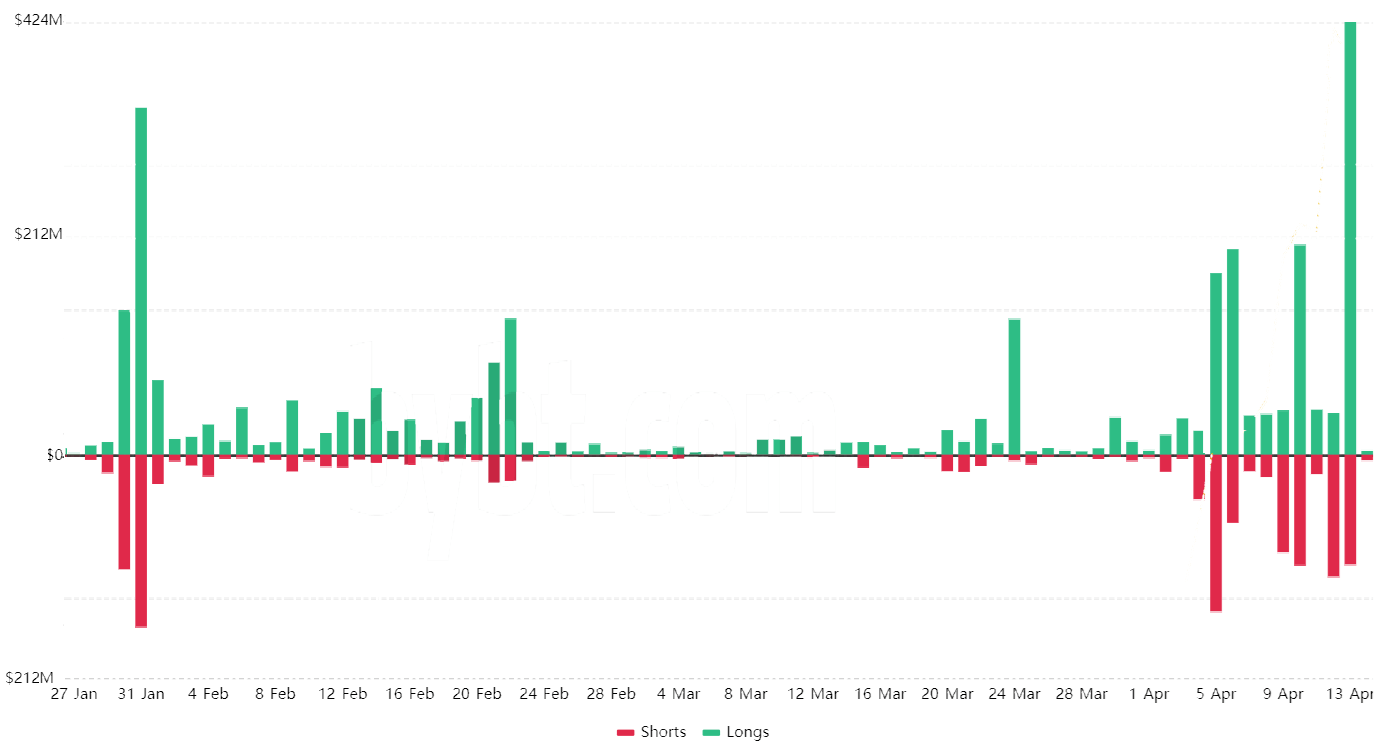 One logical reason behind the staggering liquidation is excessive leverage used by buyers. This narrative can be understood by analyzing the perpetual contracts funding rate. To balance their risks, exchanges charge either longs or shorts depending on how much leverage each side is demanding.

According to the chart, the 8-hour funding rate is surpassing 0.25%, which is equivalent to 5.4% per week. Although this is excessive, buyers typically withstand these fees during strong price rallies. For example, the current rally lasted for almost three weeks, and prior to that another took place in early February. Attributing the liquidations exclusively to leverage is a bit extreme, although it did play a part in amplifying XRP’s correction.

Additionally, the record growth in XRP futures open interest was accompanied by a hike in the volume at spot exchanges. As a result, the eventual impact from more significant liquidations should have been absorbed by the increased liquidity. Cascading liquidations take place in volatile markets. Hence, investors should focus on how long it takes until the price recovers from it.

Users need not interpret a 10% or 20% intraday drop differently. The correction depends on how many bids were previously stacked at exchange order books and may not directly be related to investors' sentiment.

Ripple will need to jump to the $2.15 to fulfill its flag-and-pole pattern.