It seems like the $1.65 resistance barrier has blocked the Ripple price yet again. The Bollinger band has started expanding, which shows increasing volatility. The MACD shows sustained bearish market momentum. However, the 20-day SMA has managed to protect the downside.

In the 4-hour Ripple price chart, XRP has broken below the 20-bar and 50-bar SMAs. The relative strength index (RSI) shows that XRP may drop some more before it becomes underpriced. The TD sequential detector is on the verge of flashing a red-nine candlestick, which could trigger a bullish correction.

Ripple recently released its quarterly report projecting an optimistic picture for XRP, as the digital asset's sales have more than doubled from the previous quarter. XRP more than regained the losses it had sustained when the SEC lawsuit news broke out. 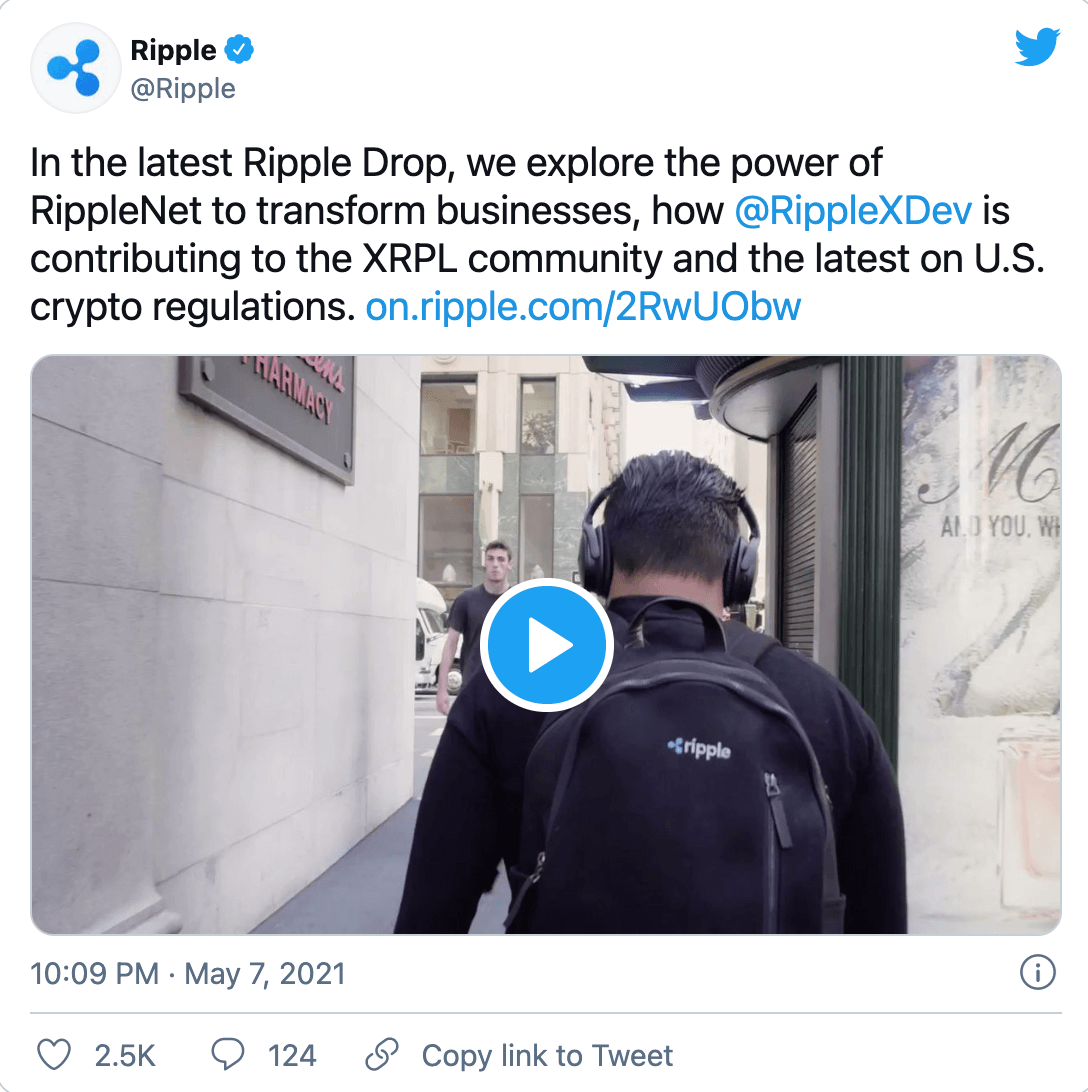 In the latest Ripple Drop, we explore the power of RippleNet to transform businesses, how @RippleXDev is contributing to the XRPL community and the latest on U.S. crypto regulations.

According to the General Manager of RippleNet Asheesh Birla:

In 2020 alone, over three million transactions crossed the network, with Southeast Asia leading the charge. Furthermore, 2021 is already off to a roaring start, particularly across the Middle East and Latin America.

Birla attributed this growth to the digital transformation caused by the pandemic. According to the insights provided by Ripple in quarterly reports, total XRP sales had surged from $76 million in Q4 last year to almost $150 million in Q1 2021. This incline was attributed to the growing demand for RippleNet’s On-Demand Liquidity or ODL service. Birla also reemphasized that ODL service aided many customers to navigate the COVID cash crunch.

The focus for 2021 is on contributing, with the broader XRPL developer community, to a fantastic building experience for developers, and on supporting developers with new programs, demonstrating real-world use cases for XRPL, and introducing key infrastructure elements that promote liquidity and help developer ideas come to life.

She also noted that CBDCs would be a major acceleration for the adoption of Ripple’s technology. Ripple is meeting and currently discussing strategy with various central banks around the world, she added.

Having failed to break above the $1.65 resistance barrier XRP will likely drop to the 20-day SMA ($1.40), before the buyers take control.