The “Relist XRP” campaign has picked up major steam on Twitter, which has helped XRP jump up in valuation. 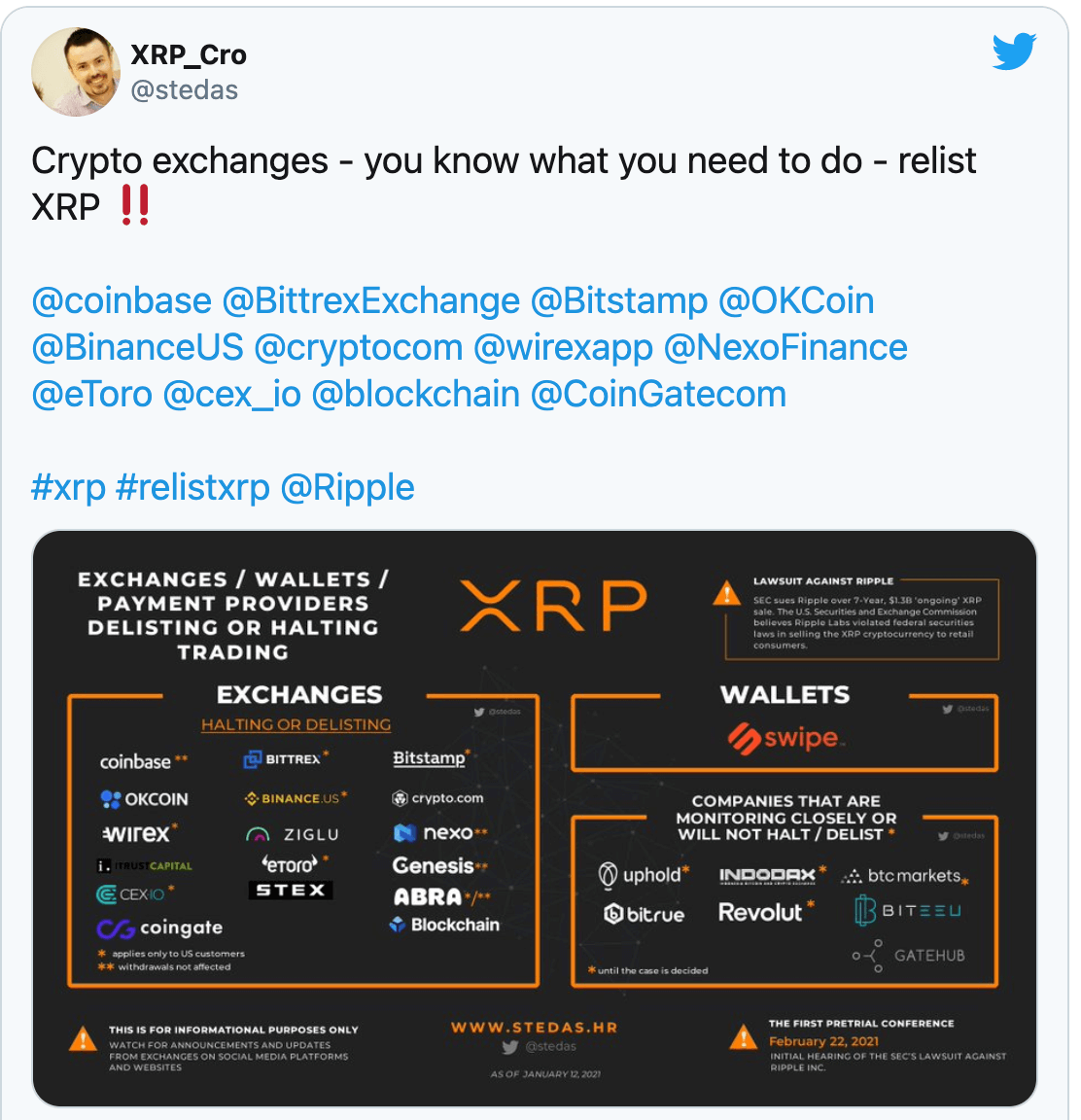 Over the last 72 hours, the Ripple price jumped from $0.515 to $0.55, gaining more than $0.045 in its overall valuation. There are two more positive signs that we could see in this daily timeframe:

Ripple CTO Voices Off On NFTs

In a recent interview, Ripple CTO David Schwartz explained what he finds interesting about non-fungible tokens (NFTs). Schwartz said that two ideas related to NFTs are interesting. The first is the “drive that people have to collect things."

If you look at NBA Top Shot, which is a great NFT project — they have a fantastic user experience, but the important thing there is like I have a relationship with something that means something to me that nobody else has.

The second is the concept of digital rights. The CTO pointed out that although people currently have many digital rights (books or songs bought from the Google Play store, for example), the user experience with these rights is not that impressive.

In February, Wietse Wind, the founder of Ripple-backed XRPL Labs, revealed a proposal for implementing NFT support on the XRP Ledger (XRPL) without changing the code for the XRPL. On February 26, Wind started a discussion for his proposed standard for working with NFTs on the XRP Ledger.

Ripple price is expected to touch the $0.594 resistance barrier. If it takes this level down, it will reach the $0.60 psychological level.