If you have not heard of Seth Klarman before then you would be in good company. This giant of the investment industry has long flown under the radar of publicity but is one of the true hedge fund legends of modern times. Such is his foresight and investment talent that they call him 'the oracle of Boston'.

When you think that only Warren Buffett has a similar title within investment circles, you can see why Seth Klarman is worth knowing about.

Who is Seth Klarman? 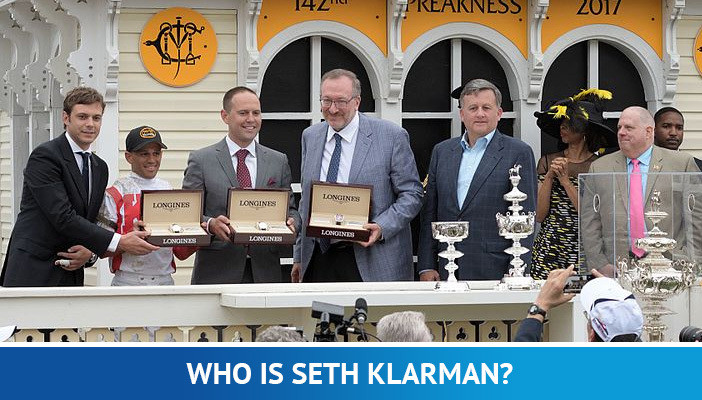 This is the big question for many people who may not have come across him before. In simple terms, he is an American hedge fund manager with billionaire status due to the many successful investments he has made over the years.

At present, Klarman is head of the famed Baupost Group which he has guided to immense success over his thirty-year career. Still involved with Baupost Group, his distinct investment style only looks set to make more money for the investors in his hedge fund in the future.

When it was first set-up, Baupost Group was relatively humble. Formed in 1982 by co-founders William Poorvu, Howard Stevenson, Jordan Baruch and Isaac Auerbach, it started life with an initial capital outlay of $27 million. After forming the group, the four co-founders were looking for a smart, innovative money manager to drive success. This is where Seth Klarman entered the picture.

Having previously studied at Cornell and then Harvard Business School, he had met William Poorvu when a student. His interest in investing was not a surprise as he had bought his first shares in Johnson & Johnson when aged just 8!

After getting his MBA from Harvard, Klarman went to work as an intern for Mutual Shares before applying for the Baupost role. Although he did not have great experience within professional investing, the Baupost co-founders saw much more in Klarman. His energy, ideas and passion won them over and he bagged the role at Baupost.

It turned out to be a great decision all round. Klarman could show just what exceptional investing skills he had and his employers went from strength to strength. The figures around the company back this up - under Klarman's guidance, they have averaged a huge 16.4% return over 33 years. To put that into perspective, an initial $10,000 investment would have grown to $1.5 million by now!

If you want to sum up this investing legend's philosophy and investment style it would be in two words - value investing.

But what is value investing? It is actually a very straightforward principle and way of investing your money in stocks. It hinges on finding companies whose stocks are trading at a price lower than their real value. This means that you can buy them cheap and sell them for more when they rise to their real value over time.

This way of investing tips the balance in your favour and gives you that all-important edge over other traders. Although it is a simple concept, it needs hard work and patience to pull off.

Value investing - the basic things to look out for

As noted above, Seth Klarman is a value investor at heart. He looks for stocks that are lower in price than they should be, which is what provides the value when trading. In a way, he is the person who goes to the discount aisle in the local store to pick up something for half the price it usually is. This everyday example shows how value trading works in essence.

But what lies behind this in terms of picking out the companies who give value?

Mispricing - this is simply doing your research on companies to find out stocks that are priced lower than they should be. A great niche to do this in is companies that are in temporary trouble but you think will recover over time. Klarman uses this strategy to great effect and also looks at companies heading into bankruptcy too for his picks.

Work out a safety margin - this is just like building a safety net to protect your money when you look at entering a trade. Once you have done your research into a particular company, you can calculate how much you think its stocks should be worth and where the price may head into the future. Once this is done, you can work out how much safety margin you have if you were to buy stocks at the current price. Needless to say, the bigger safety net you can establish, the better.

Don't be scared of it being complex - another principle within value investing that Klarman uses is to not run away from more complex investments. These complex investments are the ones that most traders will avoid which instantly gives you the edge over them. Businesses with distressed debt or spin-off companies are a great option here - they do require more work to look into properly but can really pay-off.

People also read: Most People Have No Idea What Investment Is, Do You?

The above just scratches the surface of value investing and how Seth Klarman has used it to make many successful trades over the years. For a more in-depth explanation, his cult classic book 'Margin of Safety' is well worth a read. That is if you can find it! 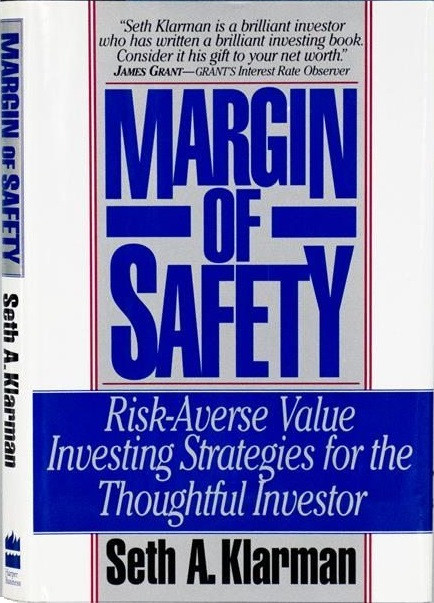 This book is so popular and powerful that it is out of print and finding one to pick up second-hand is tough. The problem is that it is so good that no-one wants to part with it! If you do find a used copy online then be prepared to pay a hefty price for it. It has been known to reach a price of $3000 on Amazon alone. This is mainly down to the accessible style it is written in and the guidance from Klarman himself on just how to use value investing to make some serious money.