It may be the summer, but the world of investment never stops turning. Even if you are making the most of the sunshine, it is likely that you will be thinking about the next steps to improve your portfolio.

This time of year is the perfect opportunity to sit back and find inspiration. So, to make sure that you are ahead of the game with the latest knowledge in investor psychology and theory, our Trading Education team has put together the ultimate summer reading list.

Whether you are on the beach or just in your back garden, make sure that the summer is as profitable as possible for you and your portfolio.

1. Against the Gods: The Remarkable Story of Risk by Peter L. Bernstein 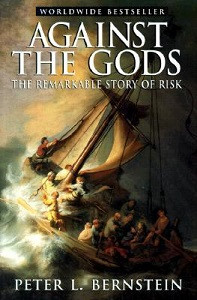 From one of Wall Street’s investment giants, Peter L. Bernstein, comes a hallmark study in the world of investment theory and psychology. Against the Gods charts several historical moments where people used risk management to break away from society. By examining these moments and the results that people experienced, Bernstein offers up several different tactics that we can use in our own personal and business lives to manage risk and achieve better results.

A comprehensive and inspiring study from one of the great thinkers of the investment world, Against the Gods is a modern classic and a must-read for any serious investor.

2. Black Edge: Inside Information, Dirty Money, and the Quest to Bring Down the Most Wanted Man on Wall Street by Sheelah Kolhatkar 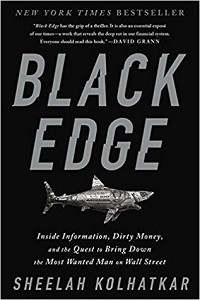 The first of several biographies in this list, Black Edge not only takes an inside look at the life of one of Wall Street’s most renowned investors, but examines the grey areas within the mecca of world trading.

Steven Cohen has been credited as the man that changed Wall Street. One of investment’s biggest success stories, he was a main player during the transition of the industry from investing in the real world to earning millions by speculating on the market.

Writer Sheelah Kolhatkar charts Cohen’s enigmatic rise, and his equally captivating fall, during which SAC Capital became the subject of a major FBI investigation. Do these grey areas still exist in Wall Street, and what impact does this have on the wealth and power of those within its walls? These are a few of the many questions that the book poses.

With a 2018 net worth recently estimated by Forbes at $1.65 billion, Charles Munger is certainly not poor. Constructed with Ben Franklin’s Poor Richard’s Almanack in mind, the famous business partner of Warren Buffett exhibits his wit and insight in this collection of talks, lectures and public commentary.

Compiled with Munger and Buffett’s full encouragement, this volume gives unprecedented access to the mind and world of Munger – his business, investments and life on Wall Street. It is not only a great summer read, but an inspiring one too.

People also like: Charlie Munger: The Pragmatic Investor Who Knows How to Create Wealth

4. Buffett: The Making of an American Capitalist by Roger Lowenstein 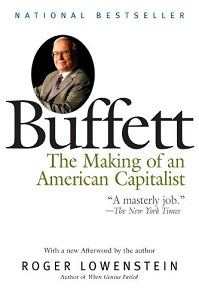 The result of three years' access to Buffett’s family, business and friends, Lowenstein presents us with a unique account of the life of one of the world’s investment giants.

As famous for his investment brilliance as he is for his surprisingly modest lifestyle, this biography offers an insider’s account of how he built his $10 billion empire, as well as his thoughts on wealth and the investment world that are bound to inspire you.

5. One-Way Pockets: The Book of Books on Wall Street Speculation by Don Guyon 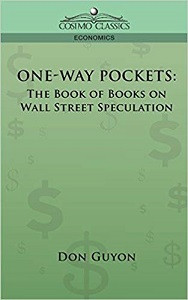 Another classic must-read for investors, Don Guyon takes an in-depth look at the mechanics of Wall Street speculation by examining how the best of the best succeed and thrive.

An insider at a brockerage firm, Guyon (a pseudonym) looks at several active traders within his own company to find out their tactics and advice for success in the unstable world of speculation.

Amongst this advice, Guyon discusses how to buy on the way down, how to determine trends, the correct use of stop orders and many other investment intricacies.

6. The Man Who Knew: The Life & Times of Alan Greenspan by Sebastian Mallaby 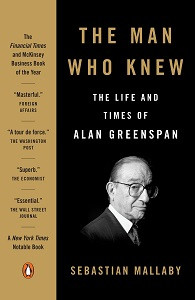 Another biography of another economic legend, this book examines the legacy of one of America’s most complex financiers.

A scapegoat for the 2008 financial crash, Alan Greenspan’s major success came when his data studies proved that the judgements of a money-printing central bank could help to sure up the economy. This contrasted with his complete advocacy of the Gold standard and ultimately meant that he became the subject of blame for the financial crisis, despite having warned others against rash spending in the market.

Winner of FT and McKinsey Business Book of the Year, this thoroughly researched and considered piece both charts the life and times of Greenspan and offers an alternative viewpoint of his work.

7. Life Is What You Make It: Find Your Own Path to Fulfillment by Peter Buffett 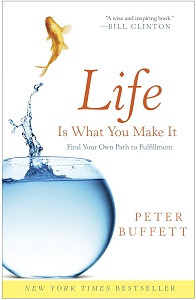 Son of billionaire Warren, Peter Buffett steps out of the shadow of his father’s success to consider the richest part of his inheritance: the values that his family instilled within him.

A composer, musician and philanthropist in his own right, Buffett gives insight into his family life and examines the ethics given to him during his formative years, contrasting them with the wider societal ethic that extols wealth rather than work.

In his personal reflections on the significance of life and its true meaning, Buffett reveals the secrets to his success, as well as delivering a deeply personal, captivating read.

Don't miss: The Rise of Cryptocurrency: Do We Still Need Banks?