This week's cryptocurrency crash continues to evoke varied sentiments among crypto experts and enthusiasts. Some believe that the dip is an opportunity to buy low and fill up the bags ahead of another rally, while others say that the drop is just the beginning and that investors should brace for more turmoil.

In the meantime, Bitcoin teeters at $40,600 at the time of writing, after a confirmed break above $40,000. As the flagship cryptocurrency makes its way toward $50,000, other crypto assets are expected to follow.

Ethereum has lost some ground after correcting from levels around $3,000. Recovery remains sluggish amid rising overhead pressure. Ripple also struggles to sustain the uptrend after running into hurdles at $0.12. The entire market is mainly in red apart from selected altcoins such as Monero (up 28%), OKB (up 11%), Terra (up 6.6%), and Crypto.com Coin (up 9.5%).

Following the confirmation of the breakout above $40,000, Bitcoin bulls have shifted their focus to championing the recovery mission toward $50,000. At the time of writing, the gap to $41,000 is shrinking. A break above this zone may trigger massive buy orders as investors speculate the ultimate upswing.

The ongoing price action has been validated by the Relative Strength Index (RSI) on the 12-hour chart after coming out of the oversold region. A bullish signal will likely come from the Moving Average Convergence Divergence (MACD) in the near term, with the MACD line crossing above the signal line. 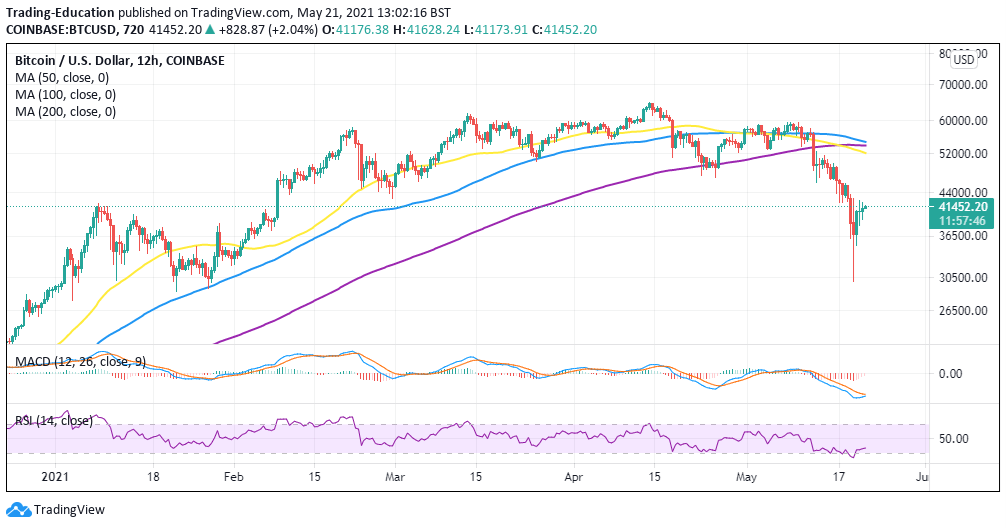 Ethereum came close to $3,000 on Thursday following the reflex recovery from $1,950. However, instability in the crypto market, coupled with overhead pressure and investor skepticism, cut short the bullish outlook.

As discussed earlier, support at $2,700 is crucial to the resumption of the uptrend. Moreover, Ether must make a 12-hour close above the 100 Simple Moving Average (SMA) to validate a stable bullish outlook. Trading past $3,000 and, by extension, the 50 SMA could trigger immense buying pressure amid investor anticipation for a rally back to $4,000.

The RSI hints at the price action remaining stable or pivotal at $2,700 until a decision is made regarding the direction Ether will assume. It is worth mentioning that the MACD has a bearish impulse; thus, overhead pressure cannot be ignored. 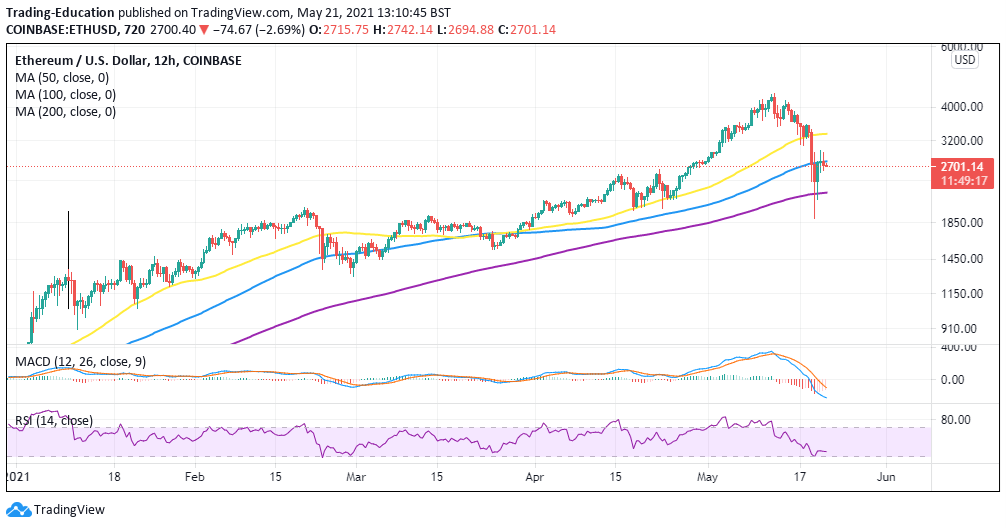 The cross-border money transfer token has jumpstarted the recovery following correction from $1.2. Support at $1.12, reinforced by the 200 SMA, played a crucial role in ensuring bulls did not lose focus for the recovery eyeing $2.

In the meantime, XRP is trading at $1.14 while bulls go head-to-head with the seller congestion at the 100 SMA. Breaking above this level would catapult Ripple beyond $1.4 and perhaps renew the anticipated upswing. 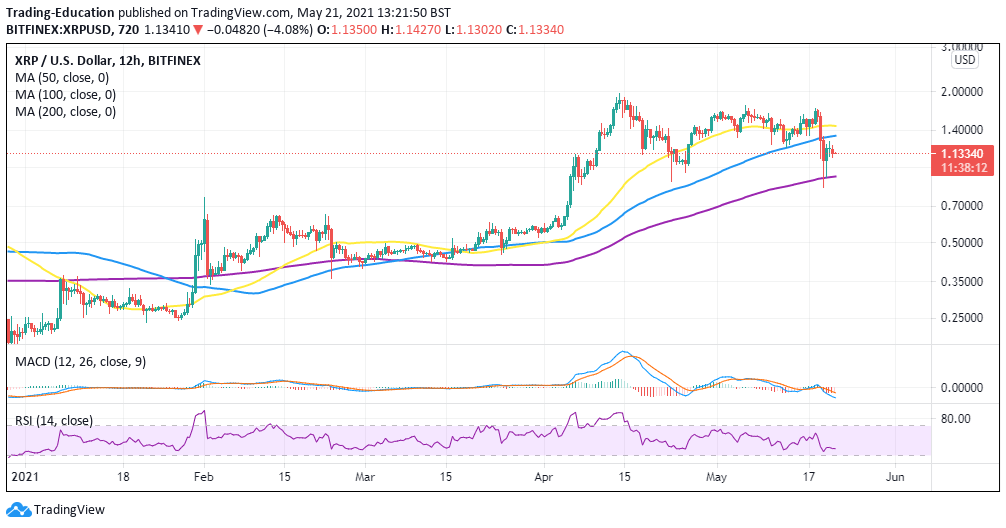 The RSI hints at sideways taking precedence, especially with support at the 200 SMA and the resistance at the 100 SMA.

However, the MACD shines a light on the possibility of bears emerging winners in the coming sessions. For instance, investors are advised to sell with the MACD line below the signal line. Moreover, the indicator is below the mean line (0.00), a massive bearish signal. If the 200 SMA support crumbles, Ripple will extend the bearish leg to $1 and $0.8, respectively.