Ripple requires a push past $1 to trigger the ascending triangle breakout to $1.4.

Bitcoin is relatively in consolidation despite the recent correction from highs of $39,000. The bellwether cryptocurrency secured support at $35,000 before resuming the ongoing uptrend.

Notwithstanding the consolidation, veteran trader Peter Brandt believes that Bitcoin has a long-term growth pattern that will take it to $100,000.

The entire cryptocurrency market is marred with mundane trading, depicted by no-trade zones. For instance, Ethereum is up 4% trade slightly above $2,800. Note that its price action has also been sluggish, especially during the weekend session.

Ripple failed to rise above $1 after dropping to $0.9 late last week. At the time of writing, the international money transfer token trades at $0.96.

The Bollinger Bands on the four-hour chart confirms the consolidation. However, the squeeze hints at a possible breakout in the near term. Note that the BB measures the volatility of the market and hints at the crypto asset assuming a significant move. The constriction indicates extremely low volatility that is often followed by higher volatility levels.

Meanwhile, the bulls are concentrating on gains above $36,000. A break past the 100 Simple Moving Average and the 50 SMA would pave the way for the much-awaited liftoff. 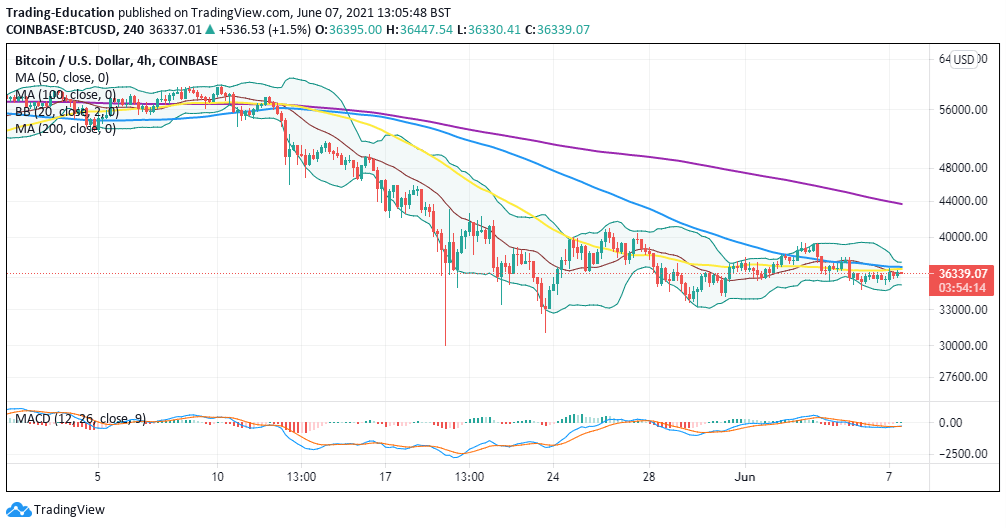 Ethereum’s bulls struggle with lifting to $3,000

Ethereum bulls have been working around the clock to hit $3,000 since the drop to $1,750 without success. The largest altcoin currently trades marginally above $2,800, but heavy overhead pressure limits price movement.

The Moving Average Convergence Divergence (MACD) confirms the consolidation, as highlighted on the chart. As the trend momentum indicator levels at the zero line, market indecisiveness gains traction. In other words, this sideways trading may continue in the near term. 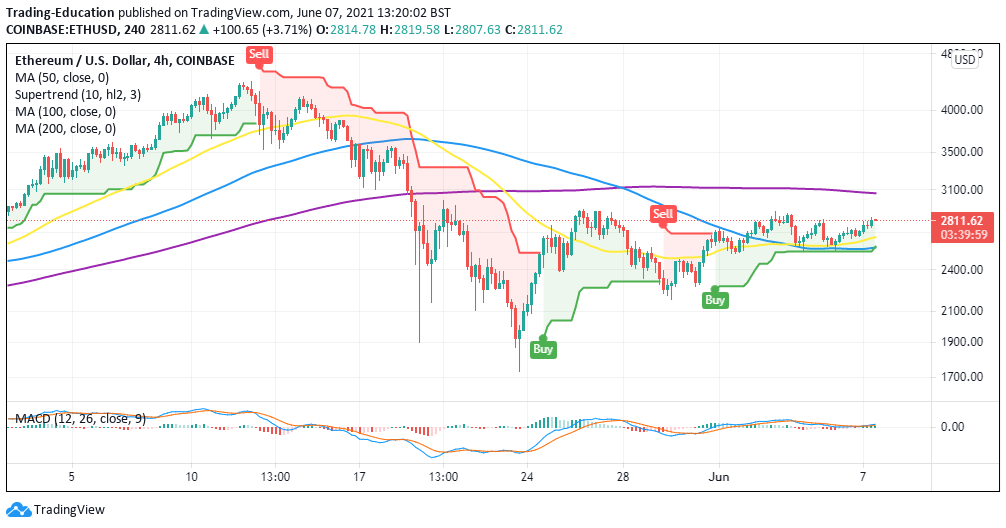 It is worth mentioning that the SuperTrend indicator has a bullish signal on the same four-hour chart. In other words, buyers have the upper hand despite the sideways trading. Therefore, if support is established above $2,800, Bitcoin may resume the uptrend toward $3,000.

Ripple trades at $0.96 after recovering from $0.9. The price action has been limited between two primary levels; the 100 SMA support and the 200 SMA support. Besides this, XRP is dancing at the apex of an ascending triangle.

The technical pattern is highly bullish and often marks the beginning of an uptrend when it matures. Therefore, if XRP closes the gap to the x-axis, there is a high chance a 34% breakout will materialize, placing Ripple on a trajectory to $1.4. 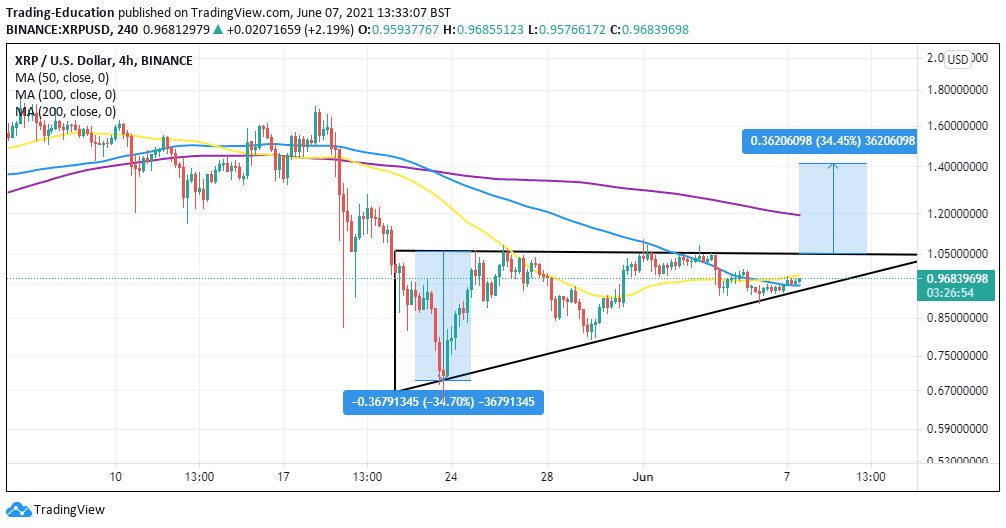 It is essential to keep in mind that gains above $1 may call more investors into the market. An increase in buy orders will support the bullish narrative to $1.4.

On the downside, failure to hold the key 100 SMA on the four-hour chart could see a spike in selling pressure. Last week XRP held onto $0.9, but the bearish leg might stretch to $0.8 before another recovery ensues.