Bitcoin recoiled from the support near $42,000 earlier in the week and seemed to have steadied above $45,000. However, calls from Wall Street suggest that Bitcoin may drop further and perhaps test $40,000. According to numerous charts from Wall Street companies, the ongoing BTC downtrend is far from over.

The CEO of Tallbacken Capital Advisors, Michael Purves, says that bears are currently in control. Therefore, $42,000 remains a crucial level for BTC, hence if broken, massive losses will follow.

Subsequently, the chief market technician of Cornerstone Macro, Carter Worth, also reckons that there is a chance of a 55% correction if Bitcoin is to repeat the drop from a bull run's all-time high. Carter made the comments during CNBC's segment, Fast Money. Therefore, a 55% breakdown places Bitcoin around $29,000, where it is expected to bottom out.

Bitcoin dances at $45,000 as recovery stalls

Following the massive dive from highs above $50,000, BTC stretched to $42,000, where crucial support was found. Analysts believe that this support area will determine the future of Bitcoin. For instance, if lost, the bellwether cryptocurrency may dump massively, but recovery may come into the picture if defended.

For now, the market remains in limbo, whereby short-term technical indicators are directionless. The Moving Average Convergence Divergence (MACD) has a minor bullish impulse but may not support gains toward $50,000.

Besides, the Relative Strength Index (RSI) failed to break above the mean line and currently is leveling above the 40, adding credence to sideways price action. Therefore, it is probable that Bitcoin will consolidate at $45,000 before making another move either to $50,000 or $40,000. 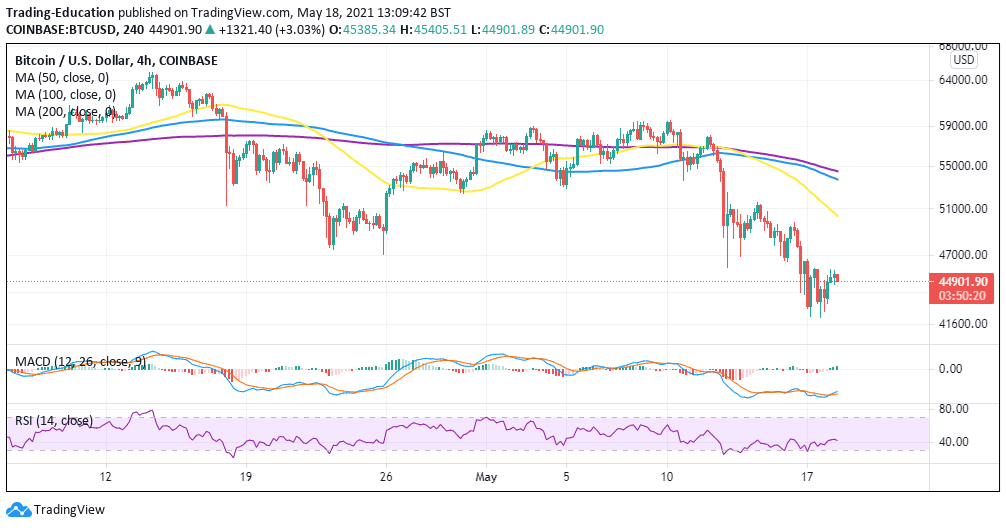 Ethereum struggles with the uptrend at $3,500

Ethereum has continued to trade between the 200 Simple Moving Average (SMA) and 100 SMA on the four-hour chart after the reflex bounce from support at $3,100. The pivotal motion at $3,500 speaks loudly of the indecision Bitcoin is facing.

Therefore, a break above the 100 SMA is required to confirm to investors that recovery beyond $4,000 is possible. Nonetheless, the MACD indicator has a subtle bullish outlook due to the MACD line (blue) crossing above the signal line. 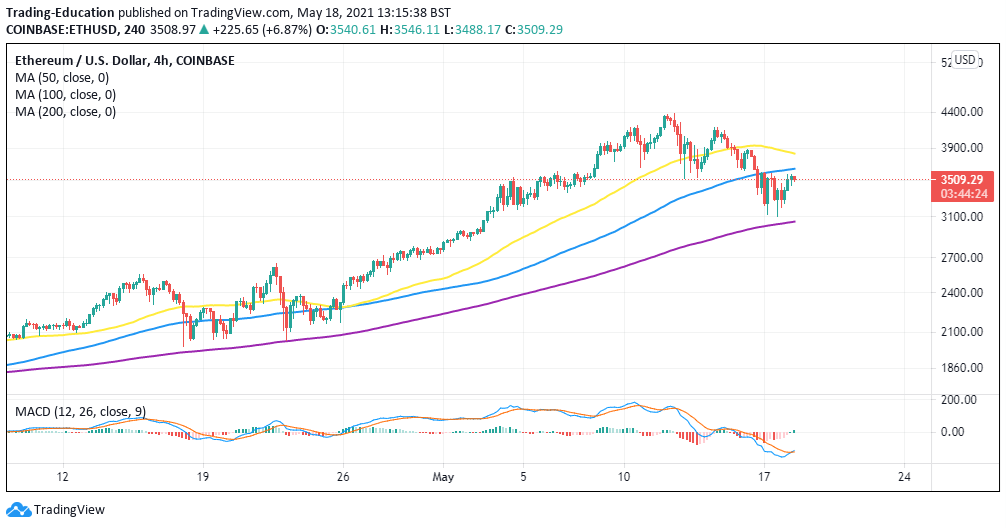 It is worth mentioning that support at $3,100 is vital to sustaining recovery and must be defended at all costs. The same applies to the 200 SMA, which, if broken, may trigger massive sell orders, allowing bulls toward $2,500.

Ripple is trading at $1.65 after rising above the range limit discussed numerously at $1.6. Pushing this area into the rearview is crucial to the uptrend and the expected breakout above the symmetrical triangle pattern.

Meanwhile, establishing higher support, preferably above $1.6, will ensure that bulls focus on lifting past $2. A comprehensive look at the four-hour chart shows a bullish MACD. This indicator follows the trend of an asset and measures its moment. The return into the positive region and the MACD line crossing above the signal line is a bullish signal. 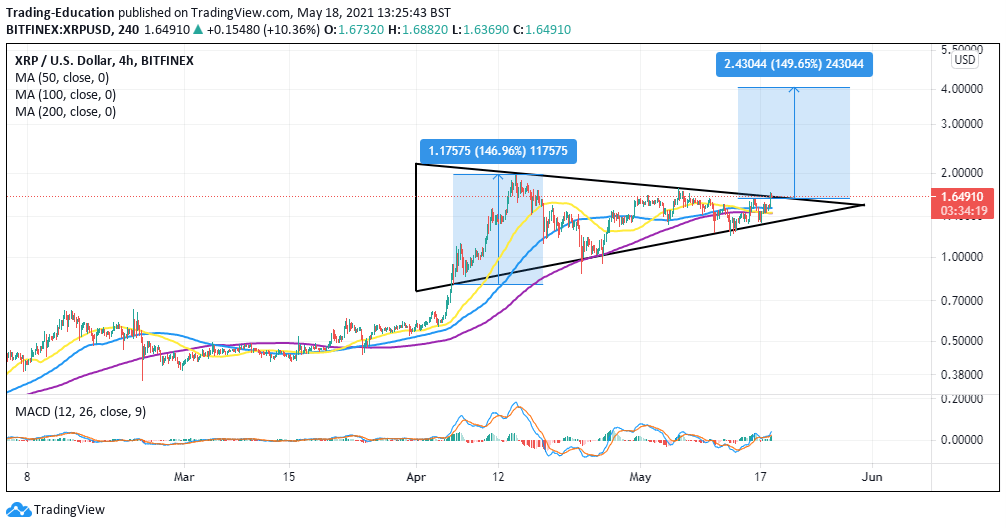 It is worth keeping in mind that Ripple is approaching another hearing in the lawsuit against the US Securities and Exchange Commission (SEC). If its lawyers strike another win, XRP May call more investors into the market, as speculation builds for an upswing past $2.

However, a win in favor of the SEC could hamper the uptrend. Thus, declines could come into the picture, validating a correction to $1.2 or $0.85.