The cryptocurrency market endured another significant pullback during the Asian trading session on Tuesday. Most major crypto assets posted double-digit losses. The sector’s market cap also dipped 8.4% to $1.5 trillion, according to data by CoinGecko.

Bitcoin struggles with recovery at $33,000 but is the downtrend over?

Bitcoin has formed a lower high pattern since the rejection at $39,000. A tweet by Tesla’s founder Elon Musk triggered the initial drop to $36,000. Over the weekend, Bitcoin stabilized and reclaimed a position above $36,000. However, the resistance at $37,000 preceded the recent freefall to $32,000.

According to the overall technical picture, the bellwether cryptocurrency’s downtrend is far from over. The Moving Average Convergence Divergence (MACD) has sustained a bearish impulse (MACD line {blue} crossing below the signal line) since June 4. Besides, the momentum trend indicator slipped into the negative region, adding more weight to the bearish narrative. 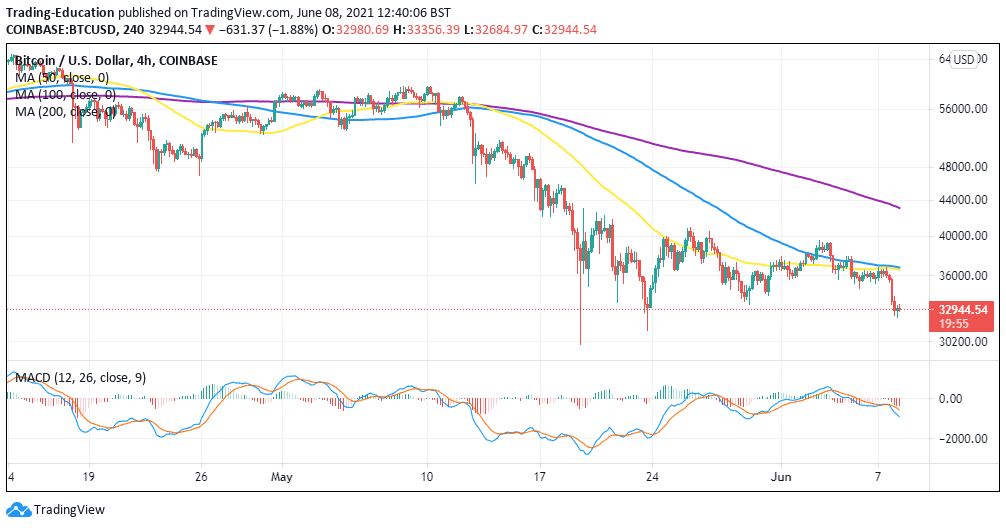 Perhaps a four-hour close above $33,000 might help bulls cement their presence in the market. This will help buyers concentrate their efforts on a recovery above $36,000 and set the framework for another attack mission on $40,000.

Check out: How to Short-Sell Bitcoin

Ethereum must close the day above the 100 SMA to validate recovery to $2,800

The largest altcoin has not broken above $3,000 since the crash to $1,750 in May. All the bullish advances have prematurely been thwarted at $2,800, with little progress made beyond this level.

Tuesday’s drop failed to secure support at the 50 Simple Moving Average. Neither did the 100 SMA prevent the losses to $2,400.

On the brighter side, immense buyer congestion at $2,400 prevented declines from stretching toward $2,000. In the meantime, ether has gained some ground above $2,500.

However, the uptrend deals with weak technical levels, delaying the recovery. The bearish outlook is reinforced by the SuperTrend indicator’s sell signal on the four-hour chart. 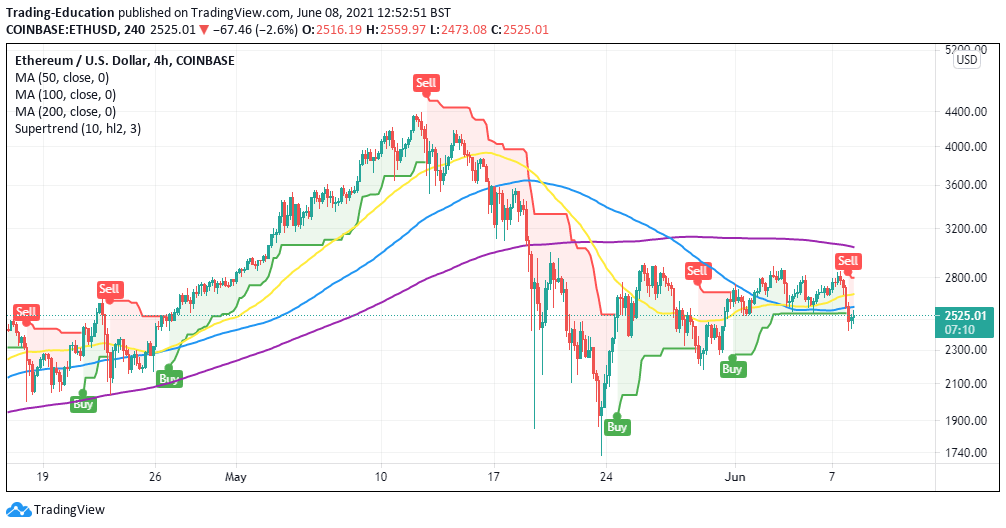 The SuperTrend will likely flash a buy signal if the ETH closes the day above the 100 SMA. Such a move will allow buyers to focus on gaining a position above $2,800. Trading at this level requires a slight push to spike past $3,000.

Don't Miss: Why This Is the Best Time to Buy Ethereum (ETH)

Ripple has recently formed a rising triangle on the four-hour chart, as discussed severally. However, increasing overhead pressure made it difficult for a bullish breakout from the triangle. Notably, the barrier at $1.1 curtailed the upswing eying liftoff to $1.4.

Instead, XRP resumed the downtrend under $1, which has on Tuesday extended under $0.9. The cross-border money transfer token is teetering at $0.86 at the time of writing. Short-term support between $0.8 and $0.82 ensures that declines do not stretch to the major support range between $0.7 and $0.65. 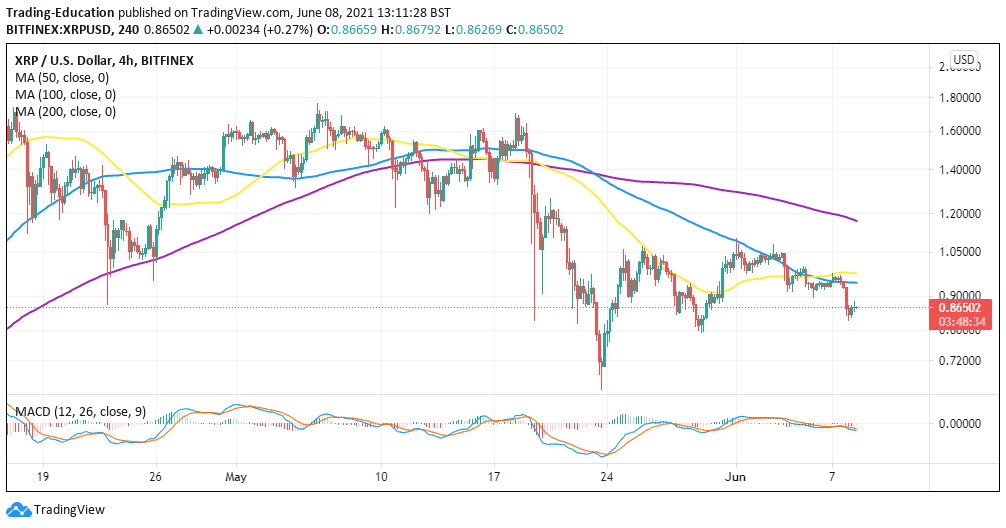 Despite the MACD sliding into the negative region, it has begun leveling around -0.032, suggesting that bulls are regaining balance. The MACD line divergence under the signal hints at the bears having the upper hand. Nevertheless, holding the short-term support may invalidate the downswing to $0.7 and $0.65, sequentially. It is essential to anticipate recovery delays at $0.9, the 100 SMA, and the 50 SMA.

Read More: 23 Reasons Why You Should Invest in Ripple XRP Today