The cryptocurrency market is mixed red and green amid scanty recoveries across the board. Ethereum is up a massive 12% after trading new all-time highs around $2,600. Ripple still struggles to recover after losing at least 28% of its value in seven days. At the time of writing, XRP trades at $1.32 but has gained only 1.5% on an hourly basis.

Some selected altcoins are performing incredibly well, including Uniswap (up 22%), Litecoin (up 12%), Solana (up 21%), Terra (17%) and Maker (40%). Uniswap's upswing is connected to the excitement due to the launch of the V3 protocol. On the other hand, Maker's users are happy due to the shift to complete decentralization.

Grayscale Investments, the largest digital fund manager globally, has added a massive amount to its cryptocurrency holdings. The company assets under management (AUM) grew by $0.9 billion to hit $45.8 billion. 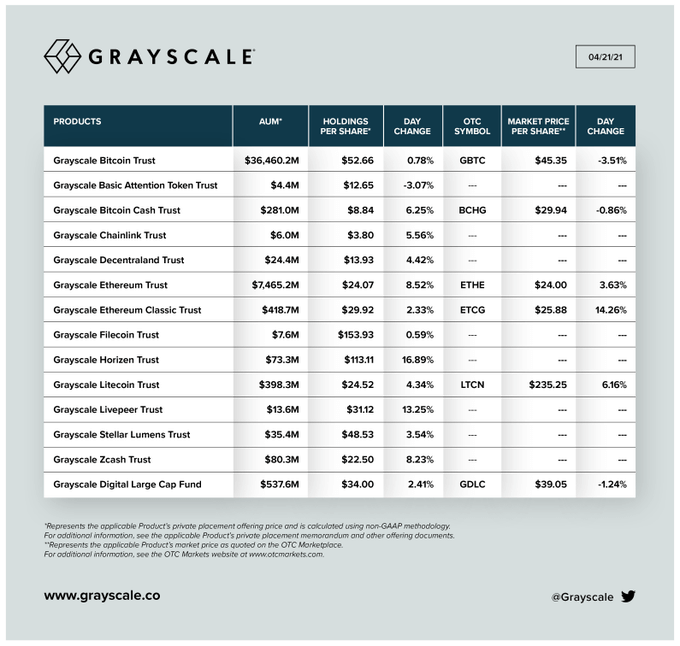 Bitcoin retested support close to $51,000 on Wednesday after losing support at $56,000 and $54,000. The weak technical picture pulled most crypto assets down, including Ripple. Meanwhile, the formidable support has seen a recovery begin to take shape.

The four-hour chart brings to light a double-bottom pattern. This extremely bullish formation represents a demand area tested at least twice without being broken. As the price rebounds from the zone, massive buy orders are triggered, leading to a rise in the tailwind force.

The Relative Strength Index (RSI) confirms the ongoing uptrend. Stepping above $56,000 would spur aggressive responses from the buyers as gains head to $58,000 and $60,000, respectively. 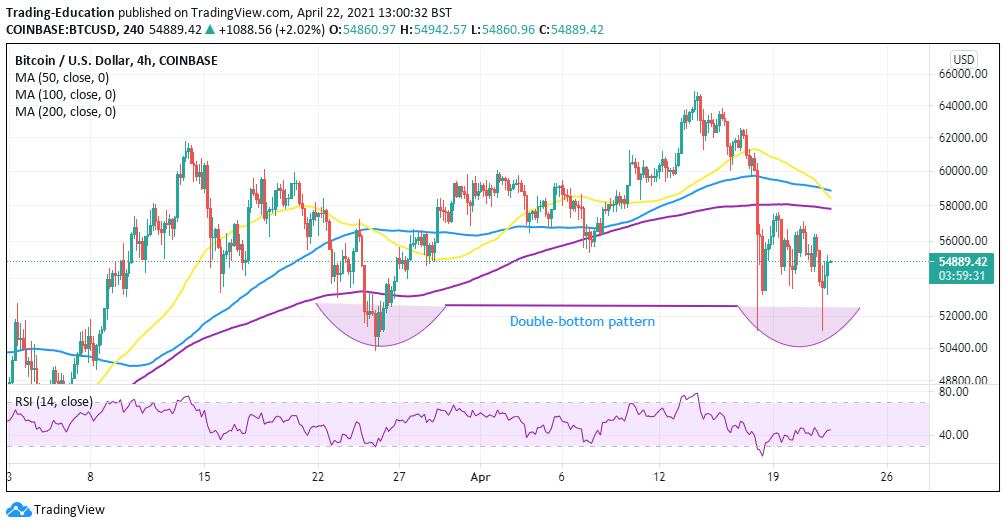 Check Out: Should You Buy Bitcoin?

Ethereum Breaks Out to Record Highs as $3,000 calls

Ether lifted above the crucial support at $2,000, which encouraged buyers to join the market for gains eyeing $3,000. The previous high at $2,550 has been broken, with the bullish action extending toward $2,600.

At the time of writing, Ethereum trades at $2,580 while focusing on gains above $2,600. According to the Moving Average Convergence Divergence (MACD) indicator, the trend is firmly in the bulls' hands.

Note that establishing higher support will ensure market stability and secure the uptrend. A break past $3,000 will be a significant milestone for ETH and may lead to the next chapter of gains to $4,000. 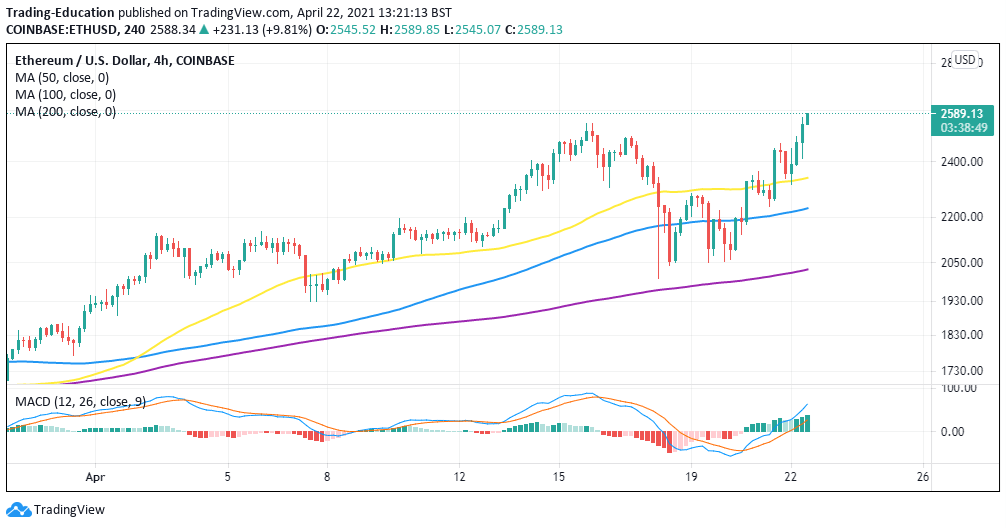 Read More: What Will Ethereum be Worth in 10 Years?

The cross-border cryptocurrency held onto support at $1.12 even after the numerous rejections from levels around $1.4 and $1.5. A bullish wave across the market appears to have called onto the bulls to increase their positions.

Ripple dances at $1.33 at writing as bulls fight to clear the resistance at the 50 SMA on the four-hour chart. If the technical picture continues to improve, Ripple will ignore the bearish outlook due to the formation of a descending triangle pattern. Although this pattern is usually bearish, there are instances where it results in a bullish breakout, which may bolster XRP back to $2. 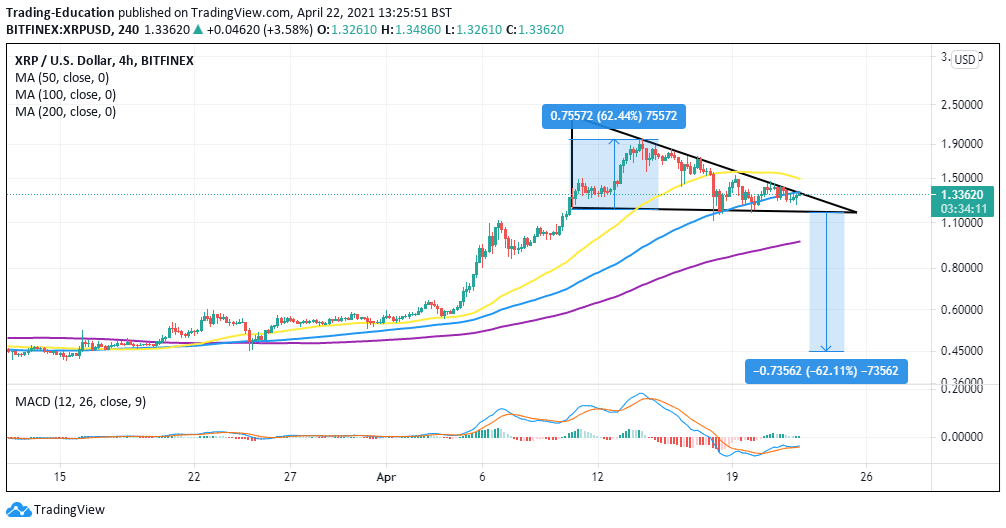 The MACD reinforces the bullish outlook by moving toward the mean line (0.00). Crossing into the positive region would trigger massive buy orders as bulls are encouraged to strengthen their positions. Another important milestone would see XRP overcome the hurdle at $1.5, thus confirming the uptrend.

Don't Miss: Should You Buy Ripple?