The cryptocurrency market ended last weekend in considerable losses led by Bitcoin’s drop from $65,000 to $51,000. This upcoming weekend is likely to be ushered in by more profound losses across the board.

Panic gripped investors on learning that the United States government was planning to introduce a bill in Congress that will see capital gains attract higher taxes. The flagship cryptocurrency plunged from $56,000 to $48,000, pulling the entire market with it.

Ethereum had outperformed and traded new record highs at $2,600 but lost a massive chunk of the gains made as it dipped to $2,050. Ripple saw its massive rally curtailed while losses extended under $1. The majority of altcoins in the top 100 succumbed to the bearish pressure, posting double-digit losses.

According to Dan Morehead, the chief executive officer of Pantera Capital, Bitcoin could rise to $200,000 by the end of 2022. He based this prediction on user adoption, implying that Bitcoin gains at least $200 for every one million new users.

The analysis cited increasing smartphone use as the key driver of the adoption. Morehead also believes that the surging demand from institutions like PayPal and Morgan Stanley contributes to the soaring prices in 2020.

“For every million new users, the price of bitcoin rises $200.It happened every time except for February 2016, when the price was slow to hit.

The rise in the price has been amazingly constant. I’ll leave it to some future Avogadro to figure out exactly why. The important point is: If this relationship holds, bitcoin will hit $200,000 in 2022.”

Meanwhile, Bitcoin is back to trading above $50,000 after bouncing off support at $48,000. If an anchor establishes above this level, buyers will have the opportunity to speculate the rise to $60,000.

The Relative Strength Index (RSI) is in the middle of recovery after testing support at the overbought region. The movement toward the midline would call more investors into the market as the bullish grip tightens. 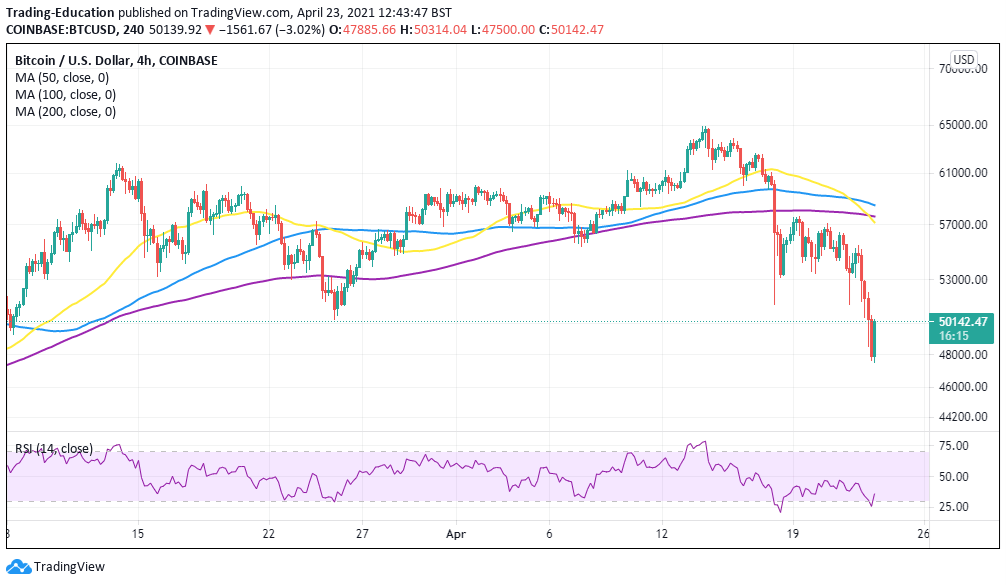 Ethereum Bulls Back on Track for Record Highs

Ethereum retreated from the recently achieved all-time highs of $2,600. The correction affected most of the crypto assets amid investor panic. Ether dived toward $2,000 but held firm to the support at $2,050, aided by the 200 Simple Moving Average.

At writing, the smart contract token is almost hitting highs above $2,300. The recovery has been accentuated by the Relative Strength Index (RSI). This indicator brushed shoulders with the oversold but currently points north, further reinforcing the bullish outlook.

Ether faces resistance at the 50 SMA on the four-hour chart. Stepping above this zone could bolster the price above $2,400. Note that Ethereum bulls eye gains past $2,600 in a bid to lift off to new record highs above $3,000. 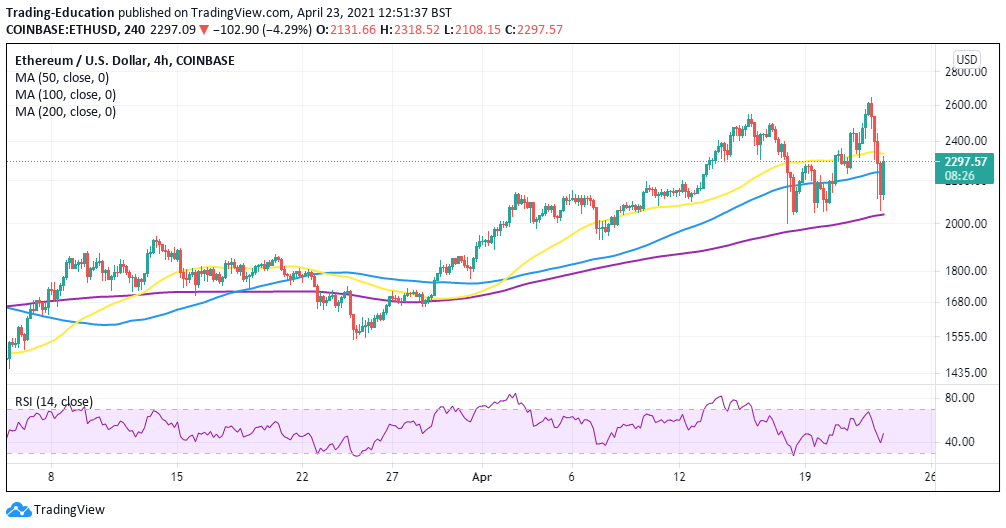 Ripple bulls were extremely battered by the bears following the immense selling pressure. The cross-border token lost support at $1.12, triggering more sell orders. An uptick in overhead pressure added gasoline to the fire as the bearish leg stretched beneath the $1 level.

Support established at $0.9 set the pace for the ongoing recovery, whereby Ripple trades at $1.13. If the support at $1.12 is protected at all cost, bulls will focus on breaking the barriers toward $2. 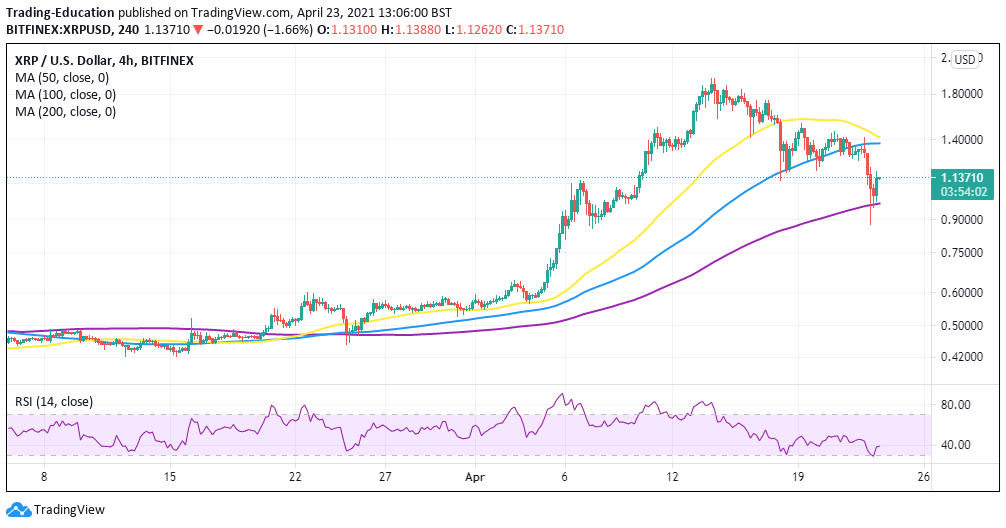 It is worth mentioning that Ripple is not out of the woods based on the resistance at $1.4 and $1.5. Moreover, if support at $1.12 fails to hold, we will likely see the price dive back to the 200 SMA. If push comes to shove, losses may extend to $0.45, as discussed earlier, citing a descending triangle pattern.

BTC
XRP
ETH
Top Brokers in
All Regulated Brokers
67% of retail clients lose money when trading CFDs with this provider.