Massive recoveries posted this week culminated in double-digit gains across the board, somehow affirming the resumption of the bull run after a gruesome session last week.

Ethereum has closed the gap toward $3,000 after boosting from the support at $1,750. Meanwhile, the gigantic smart contract token trades slightly above $2,800. ETH accrued 13% in gains in 24 hours, but it suffered a 17% loss across seven days.

The renowned cross-border token, XRP, appears to have settled above $1. The recovery from the monthly low of $0.65 saw Ripple overtake Dogecoin to become the sixth-largest cryptocurrency with a market cap of $8.1 billion.

Cryptocurrencies across the board are currently green, led by Polygon's 38% meteoric rise above $2. Other best-performing altcoins include Polkadot, Uniswap, Chainlink, Litecoin, Solana, and Vechain.

The founder of Tesla, Elon Musk, has clarified that he is not the bonafide Dogecoin leader. The billionaire's interest in the meme coin has left people speculating his involvement in the token's leadership. However, while replying to a comment on Twitter, Musk said that he has no way of assuming leadership in Dogecoin.

"Please note Dogecoin has no formal organization & no one reports to me, so my ability to take action is limited."

Bitcoin recovery at past $40,000 threatened

The bellwether cryptocurrency is trading at $39,660 at writing. A correction is ongoing after the latest attempt to crack the barrier at $40,000 went unsuccessful. Therefore, bulls have been forced to play defense as they hunt for higher support to avert the potential dip to Tuesday's support at 36,500.

The 50 Simple Moving Average (SMA) is also in line to offer the much-needed support. A move that would vastly favor the bulls is holding above $39,000 to allow them time to focus on the recovery mission above $40,000.

The trend is generally in the buyers' hands based on the Moving Average Convergence Divergence (MACD) indicator. As the MACD returns into the positive region, buy orders would be triggered, perhaps enough to catapult BTC beyond the crucial hurdle. 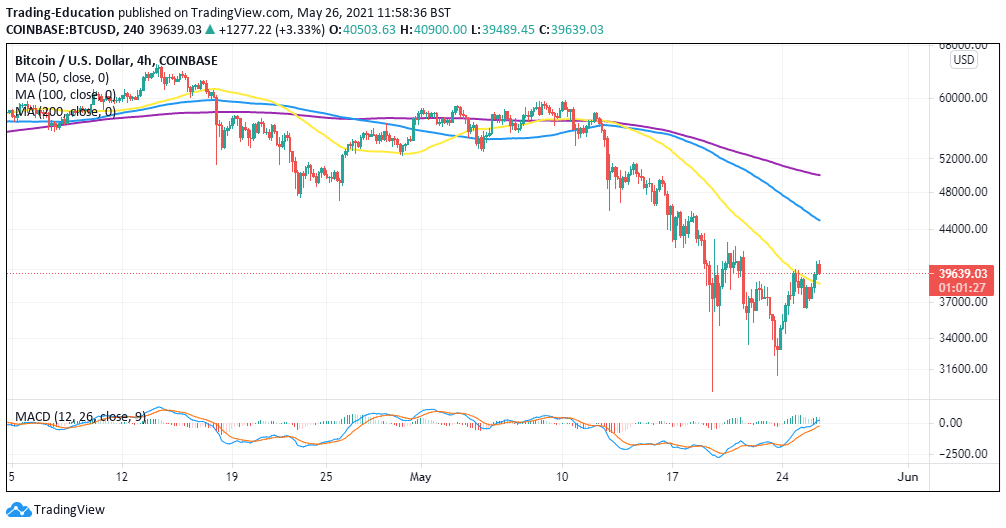 Ethereum's liftoff to $3,000 will not be without battle

Overhead pressure appears to be mounting with support at $2,800, unlikely to hold for long. The former resistance at $2,700 will try to stand against the bearish advances. However, if sellers increase their grip, we expect ETH to drop and test the next anchor zone at $2,400. 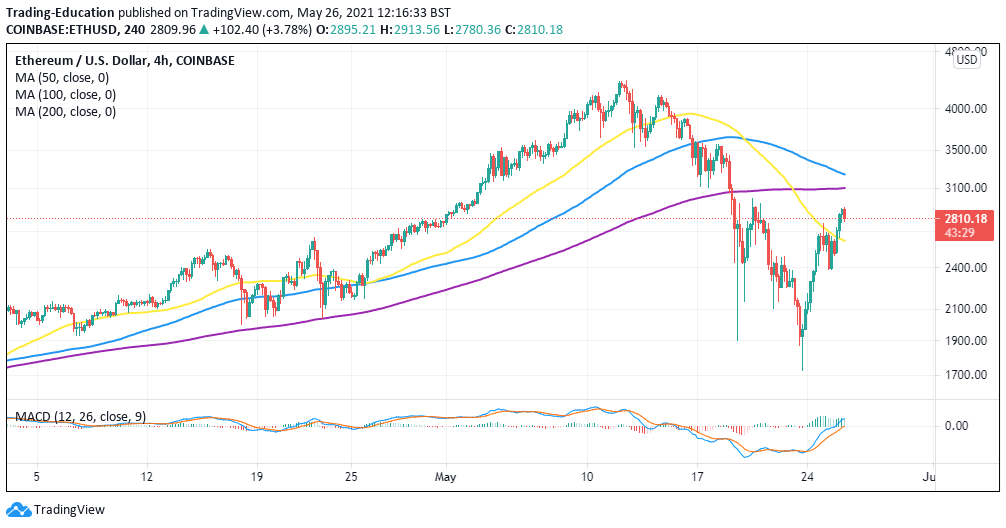 The MACD shows that all is not lost for the bulls on the flip side. The uptrend could resume if the MACD line retains the position above the signal line.

The international money transfer token has remarkably recovered from the support at $0.65. However, bulls are still struggling with confirming price action above $1, possibly due to the resistance at the 50 SMA on the four-hour chart.

In the meantime, XRP is doddering at $1.02 while testing the strength of the support at $1. If this buyer congestion zone caves, voluminous sell orders will be prompted, sending the token on another exploration mission down the rabbit hole. Glancing lower, other essential support areas to watch are $0.85, $0.75, and $0.65. 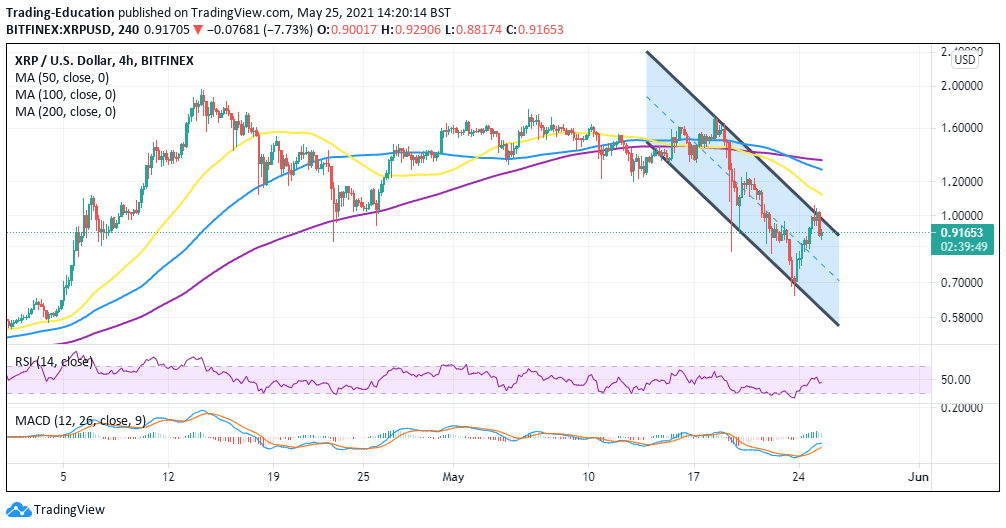 Like Ethereum, Ripple's struggling uptrend has been validated by the MACD. For instance, the indicator almost hits the positive region over the mean line (0.00). In addition, the MACD line is above the signal line, thus, driving the bullish narrative.