The cryptocurrency market is mainly green as Bitcoin resumes the bullish momentum. Selected altcoins such as Dogecoin, VeChain, Polygon, and Maker seem to be outperforming, ignoring the lethargic price action across the market.

The flagship cryptocurrency has grown immensely since the beginning of 2021. However, retail traders suffered greatly from April’s drop to $47,000, but a recovery is underway. Last week, the mundane trading saw bulls fail to break the hurdle at $55,500.The correction that ensued embraced support at $53,000, allowing bulls to come back from the sidelines.,

At the time of writing, Bitcoin trades at $58,550 amid a renewed bullish outlook. The gap to $60,000 has reduced, with bulls looking toward $65,000. Moreover, the four-hour chart shines a light on a bullish inverted head-and-shoulders (H&S) pattern. As illustrated on the chart, a break above the neckline resistance tends to yield massively for the bulls.

For instance, the technical breakout targets gains above $65,000. On the brighter side, Bitcoin is already trading above all the applied moving averages, including the 50 Simple Moving Average (SMA), the 100 SMA, and the 200 SMA. The bullish leg must extend beyond $60,000 to complete the gap heading to $65,000. 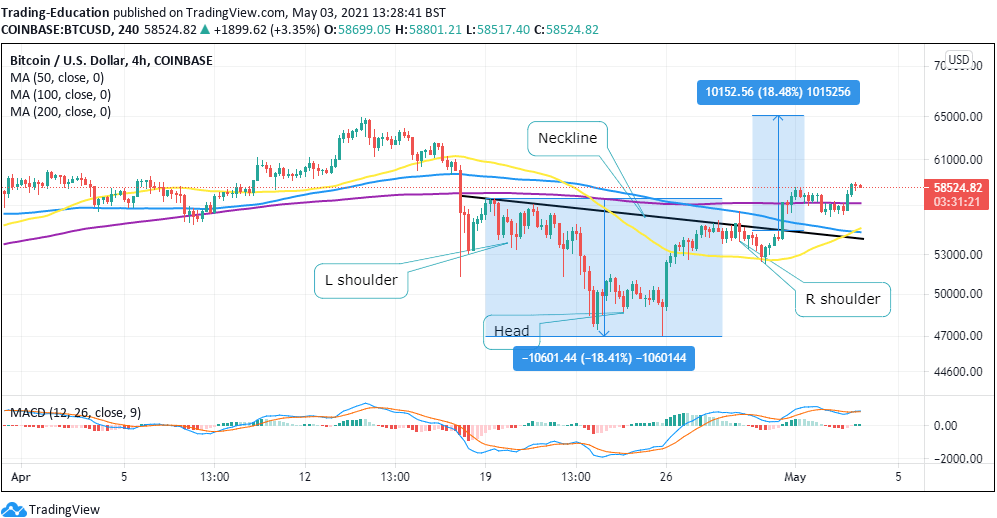 Read Also: Is Bitcoin A Good Investment And Can You Profit On BTC

Ethereum hits another milestone above $3,000

The gigantic smart contract token completed the journey above $3,000. The bulls outperformed themselves, pushing for more gains. A historical high has been achieved at $3,200, but Ether trades at $3,140 following a minor correction.

Ether’s technical picture is still massively bullish, according to the Moving Average Convergence Divergence (MACD). The bullish impulse was confirmed after the MACD line (blue) crossed above the signal line.

On the upside, trading above $3,200 is bound to trigger more buy orders as the fear of missing out grips investors. Higher support must also be established to ensure that bulls focus on gains toward $4,000 in the short term. 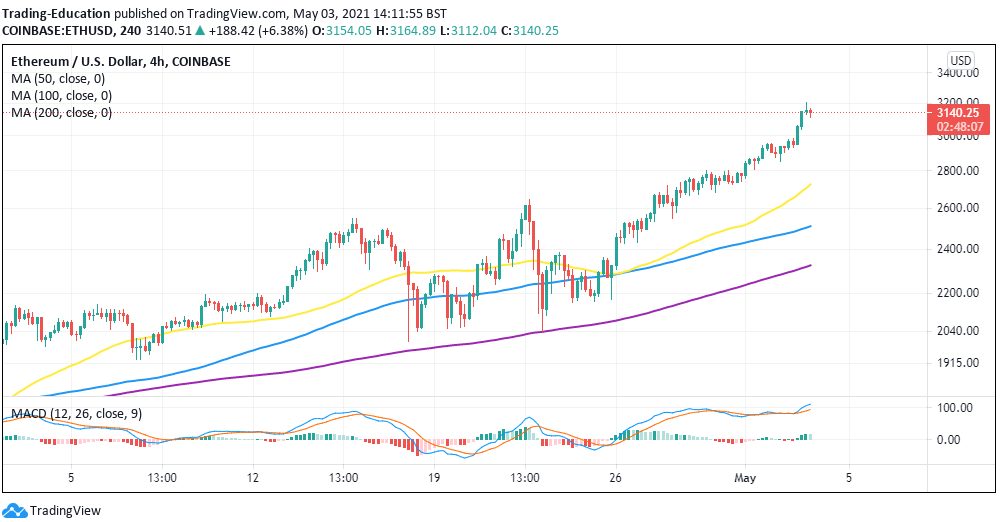 Ripple in consolidation ahead of breakout to $2

Ripple trades marginally under $1.6 amid a sideways action. The mundane trading comes after an appreciable liftoff from $0.85. Meanwhile, the sideways trading has been confirmed by the Bollinger Bands.

It is worth mentioning that Bollinger Bands is a technical analysis tool that John Bollinger created. It measures the volatility of an asset while at the same time identifying oversold and overbought conditions. On a lighter note, the Bollinger Bands reveal to the trader whether the market is quiet (consolidating) or loud (volatile).

In a consolidating market, the bands tend to squeeze, but they expand when the market is volatile. It is essential to note that the bands function as dynamic support and resistance levels. When the bands squeeze (Bollinger Band Squeeze), the indicator signals a potential breakout. 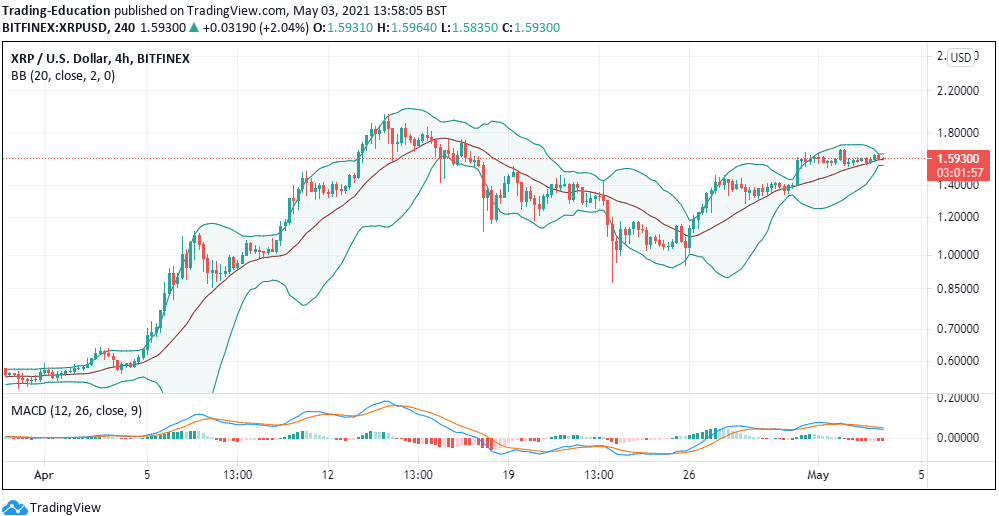 Making a confirmed break above $1.6 would be a massive bullish signal for Ripple. Moreover, gains above $2 could call more investors to join the market as bulls look toward lifting to $3. The sideways trading will dominate, but a break will likely occur in the short term.