The bull cycle in the cryptocurrency market appears to have taken a hiatus following Bitcoin's slump to $47,000 last week. The sluggish price action has affected most digital assets leaving a handful like Ethereum on the growth trajectory. Bitcoin stalled under $55,500, which perhaps contributed to the mundane trading.

Ethereum is currently in the good graces of institutional investors, hence constant growth toward $3,000. Attention has shifted to large volume holders after volatility shook retails investors off the market in the past couple of weeks.

Investors and developers focus on Ether ahead of the London hard fork scheduled for July, which will see the supply issuance minimized to secure the network.

The CME Ethereum futures, launched in February, has gained immense traction. Both open interest and daily trading volume soared massively in the past few weeks. Moreover, the contracts on the exchange recently hit $357 million while the trading volume rose to $680 million on April 22. 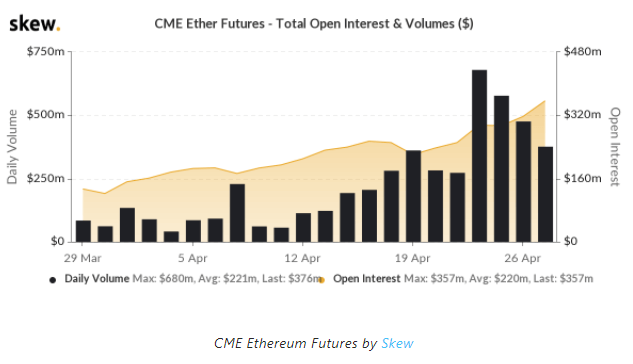 According to Santiment, the supply held top non-exchange wallets had increased significantly in April. A 30-day high has been achieved at 19.1 million from a low of 17.8 million Ether. The uptick in the ETH held by these wallets occurred in tandem with price growth from $2,000 to highs past $2,700.

At the time of writing, Ethereum teeters at $2,770 amid the gradual uptrend toward $3,000. Short-term technicals affirm the bullish outlook based on the Moving Average Convergence Divergence (MACD) indicator. 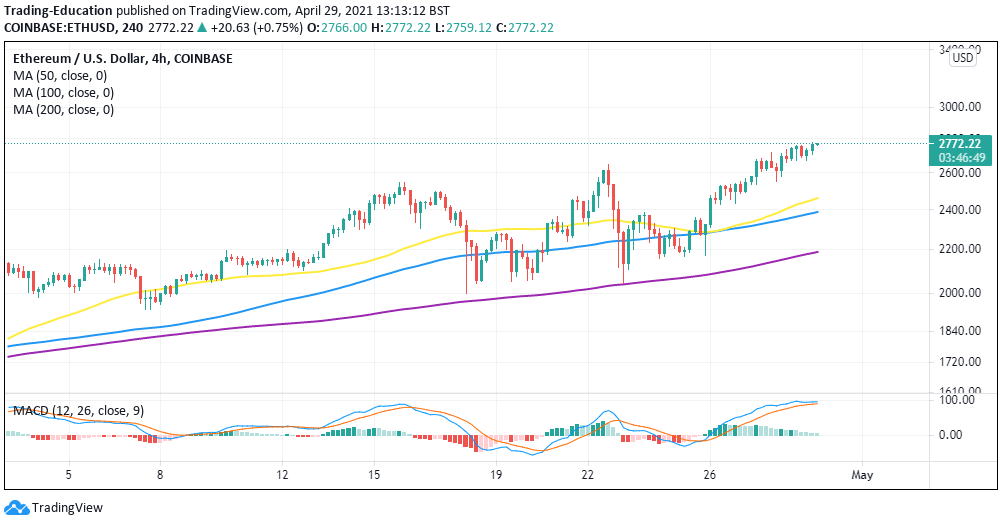 The flagship cryptocurrency is stuck between two critical levels that will likely define its future in the near term. BTC's upside has been capped under the 100 Simple Moving Average (SMA) on the four-hour chart. On the downside, the 50 SMA provides immense support to avoid the bearish leg from extending to $50,000 and $47,000, respectively.

At the time of writing, Bitcoin trades at $54,425 while bulls fight to reclaim the position above $55,000. Meanwhile, the MACD line has crossed beneath the signal line, hinting at the bearish outlook taking precedence in the short term. 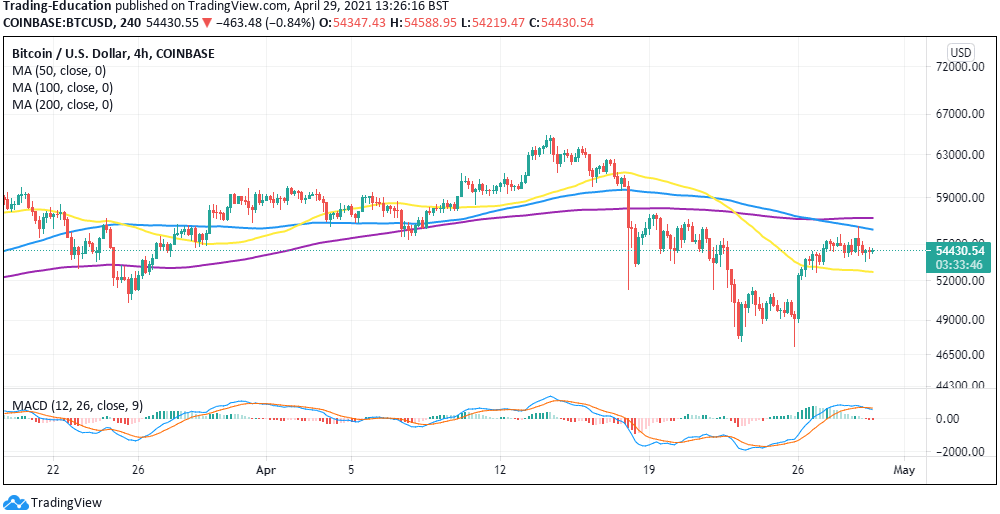 Trading above $55,000 and, by extension, the 100 SMA may trigger massive buy orders for gains heading to $60,000. Consistency in the price action will stir up investor interest as speculation soars for a major liftoff to $65,000 record highs.

Ripple struggles with sustaining the uptrend

Ripple's upside is limited at $1.4, a resistance highlighted by the 100 SMA on the four-hour chart. The most recent attempts to overcome this hurdle have gone down the drain. In the meantime, XRP teeters at $1.39 amid a heated tug of war between the bulls and the bears.

The MACD hints at the sideways trading lasting longer; thus, no action above $1.4. On the other hand, support is provided by the 50 SMA.

It is essential to note that trading above the immediate resistance could lead to a confirmed breakout toward $2. On the flip side, losses could be massive if the bearish leg extends beneath the 50 SMA anchor zone. Other crucial support areas to keep in mind include the 200 SMA, $1, and $0.85. 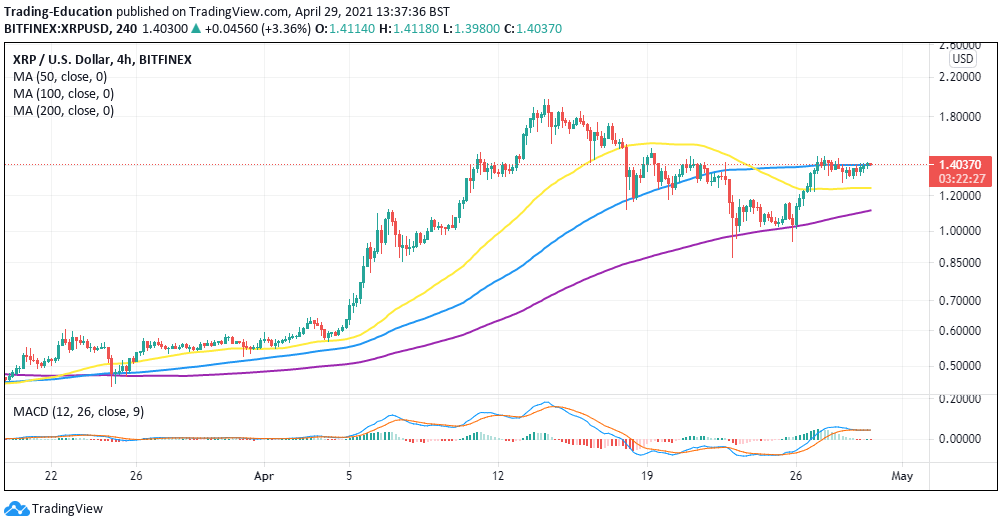 According to Japan's financial giant, SBI Group, Ripple will likely apply for public listing as soon as the Securities and Exchange Commission (SEC) lawsuit is determined. Yoshitaka Kitao, the CEO of SBI, remarked on an earnings call on Wednesday citing the top executives of Ripple, Brad Garlinghouse, and Chris Larsen.

Don't Miss: Why Ripple Will Likely Hit An All-Time High In 2021 And Explode Beyond $2