Ripple is on the verge of a massive drip to $0.5 based on the descending triangle pattern formation.

Bitcoin leads the cryptocurrency market in some semblance of consolidation but has a vivid bearish inclination. Most crypto assets have recorded losses in single digits. For instance, Ethereum is down 6.4% to exchange hands slightly under $2,300. Similarly, Ripple trades at $0.83 after holding the short-term support at $0.8.

The first woman senator of Wyoming, Cynthia Lummis, is working to achieve proper regulations for digital assets. Furthermore, with the US dollar grappling with rising inflation, the senator believes Bitcoin would be an excellent alternative for the economy.

“Additionally, I’ve had a number of productive and encouraging conversations with the Biden administration’s appointees at the key agencies regulating digital assets like bitcoin. This space is new and uncharted, and my team is working with them as they work to incorporate digital assets into the American financial system.”

Meanwhile, Bitcoin is trading slightly under $38,000 while bulls hold support at $37,000, reinforced by the 100 Simple Moving Average (SMA). The immediate upside has been capped by the confluence resistance at $38,000 created by the 200 SMA and the 50 SMA.

Trading above this zone may see BTC resume the uptrend ahead of the weekend session. Similarly, support at $37,000 must remain intact to avert potential losses to $36,000. 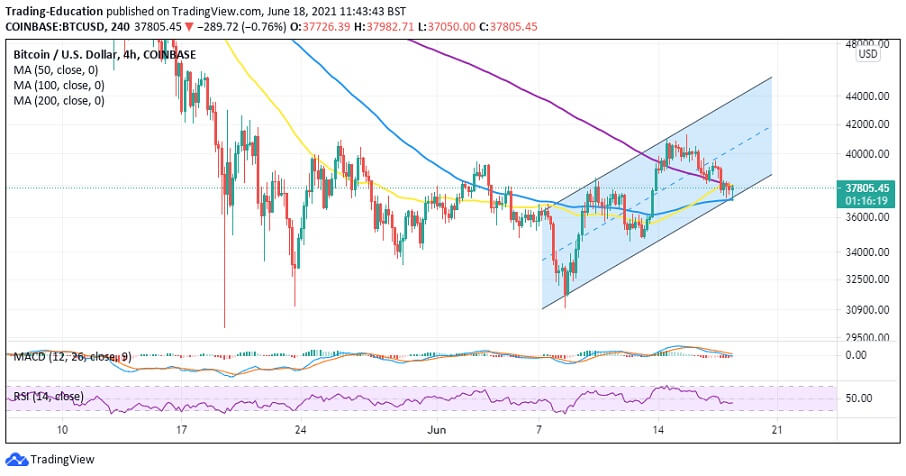 Ethereum closed the day below the crucial support at $2,400, triggering immense sell orders. The path with minor hurdles seems downward despite the fight to secure support at $2,300. Note the MACD has a bearish signal based on the four-hour chart. As the trend momentum indicator slides profoundly into the negative region, overhead pressure gains traction.

The downtrend is also emphasized by the Relative Strength Index (RSI) as it slips toward the oversold region. This tool follows the trend of an asset and signifies how strong the bulls or bears are. Ethereum may drop further to test support at $2,100 or brushed shoulders with $2,000 before recovery comes into play if the technical outlook remains the same. 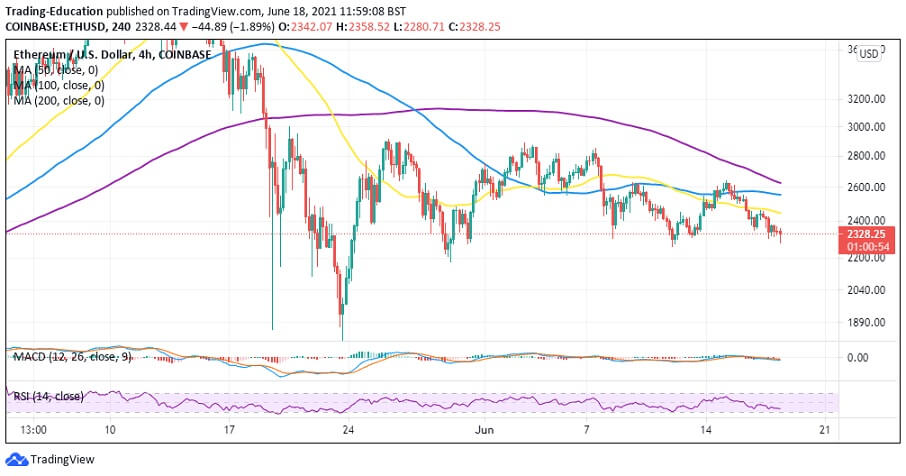 Don't Miss: Will Ethereum Make Me Rich In Ten Years?

Ripple downtrend shapes up aiming for $0.5

Ripple price deals with a period of consolidation depicting a no-trade zone. As discussed earlier, the sideways price action may culminate in a colossal drop to $0.5 due to the formation of a descending triangle.

Descending triangles are continuation chart patterns. Hence the downtrend may gain traction if XRP slices through the horizontal support. The 16% breakout to $0.5 was determined by measuring the distance between the highest to lowest triangle points. 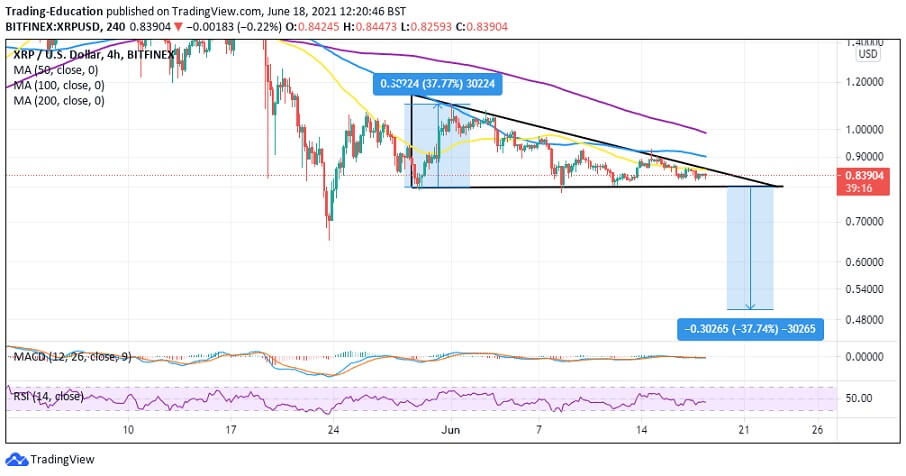 The MACD on the same chart shines a light on the consolidation. With support at $0.8 intact, bulls could take control and push Ripple toward $0.9. A confirmed break above this level may call more investors into the market as speculation for gains past $1 increases.

Read More: How Much Will XRP Be Worth In The Next 5 Years?