Dogecoin pulled higher once again, ignoring calls for a massive retreat. The meme coin rally continued amid slugging price action across the cryptocurrency market. At the time of writing, DOGE trades at $0.66 after stalling within a whisker of $0.7. According to data by CoinGecko, Dogecoin has grown by 37% in 24 hours, 146% in a week, and 1,056% in 30 days.

Bitcoin retested the support at $53,000 before resuming the uptrend. At writing, the largest cryptocurrency teeters at $55,200. On the other hand, Ethereum has lost nearly 4% of its value in 24 hours to exchange hands at $3,380. Ripple rebounded from support at $1.3, but the hurdle at $1.6 is still intact.

The flagship cryptocurrency is trading between two critical technical patterns; the 200 Simple Moving Average (SMA) support and a confluence resistance formed by the 50 SMA and the 100 SMA on the 12-hour chart.

Meanwhile, the Relative Strength Index (RSI) has begun leveling, thus validating the sideways trading. However, a break above the confluence hurdle may bolster Bitcoin toward $60,000 and mark the beginning of a significant uptrend. 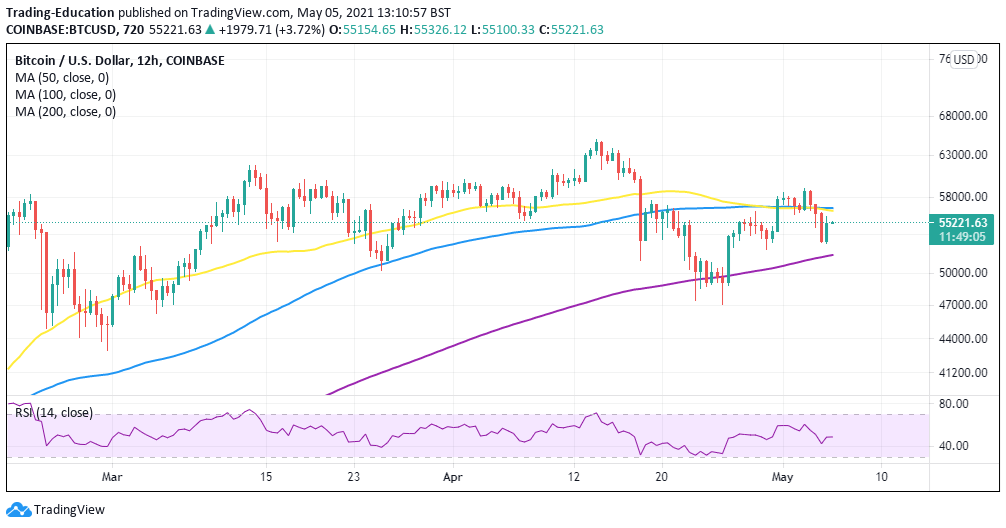 On the flip side, trading below the 200 SMA support would be detrimental to the progress made since the drop to $47,000 in April. Therefore, holding onto this support is crucial in sustaining the uptrend.

Ethereum bulls will not rest until price clocks $4,000

Ethereum hit a barrier at $3,540 as bulls battled to secure the uptrend to $4,000. A correction came into the picture, allowing bears to take control briefly. Ether dropped to $3,200 before the uptrend resumed.

At the time of writing, ETH trades at $3,380 while closing the gap heading to $3,400. Bulls have their eyes fixated on trading past $3,500. If Ethereum hits this level again, massive gains will be triggered, increasing the tailwind intensity for the next bullish phase to $4,000. 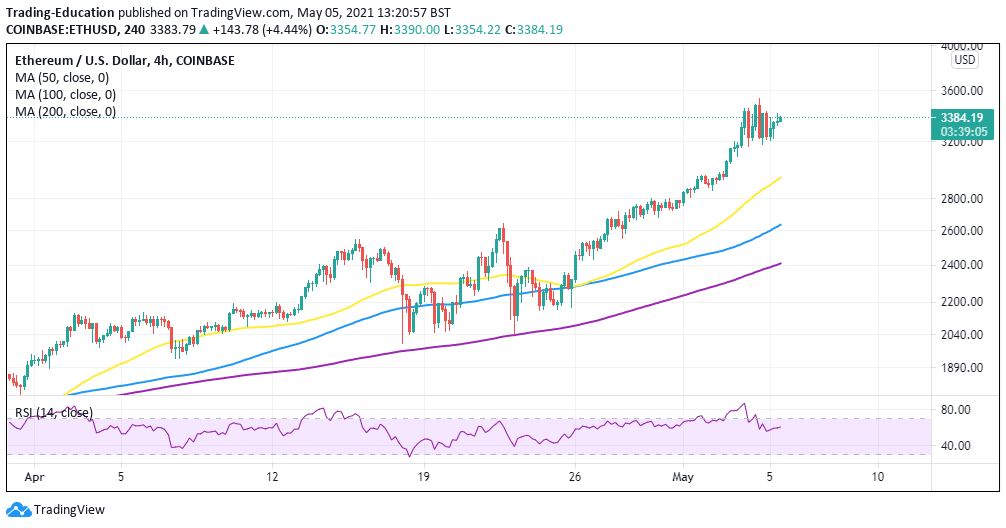 The RSI seems to be recovering after securing support above the midline. Continued price action to highs near the overbought region is likely to encourage more investors to join the market.

The international remittance token has recently tested support at $1.3. The support was necessitated following an increase in overhead pressure at $1.6. Ripple did not stay down as bulls flexed their muscles, leading to a break above $1.5.

XRP trades at $1.54, while buyers focus on cracking the barrier at $1.6. In addition, an ascending triangle pattern in the four-hour chart hints at a possible 47% upswing to $2.5. Ascending triangles are highly bullish patterns with precise breakout targets, as illustrated on the chart. 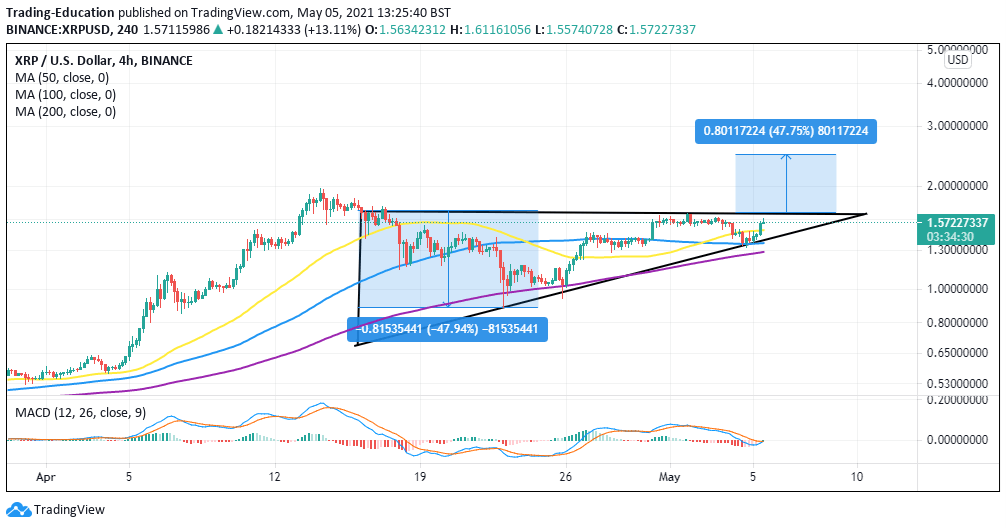 The uptrend may soon be validated by the Moving Average Convergence (MACD). This bullish call will come into the picture as the indicator crosses into the positive region (above the mean line) and the MACD line (blue) strikes above the signal line.

Don't Miss: 23 Reasons Why You Should Invest in Ripple XRP Today