Dogecoin is back into the spotlight as Elon Musk, the founder of Tesla, prepares to host the Saturday Night Live. The meme coin lifted over 20% higher on Wednesday after the billionaire said he would be the "TheDogefather." Musk has become a norm to tweet about DOGE, which leads to a tremendous price increase.

At the time of writing, Dogecoin trades at $0.31 amid the surge in related social media mentions. Most of the altcoins are unresponsive; hence, DOGE leads the price action.

Bitcoin is pivotal at $55,000 while bulls face an uphill battle toward $60,000. On the other hand, Ethereum lifted above $2,700 as investors speculate upswing to $3,000 in the short-term. The cross-border cryptocurrency Ripple deals with acute resistance at $1.4 and $1.5, respectively.

Bitcoin bulls relentless in the battle for $60,000

Meanwhile, the SuperTrend indicator recently flipped bullish, reinforcing the growing buyer influence in the market. As long as this indicator remains positive, the flagship cryptocurrency's uptrend will continue.

Simultaneously, the Moving Average Convergence Divergence (MACD) emphasizes that buyers are in control. Note that the MACD line (blue) crossing above the signal adds credibility to the recovery. The same uptrend is validated by the Relative Strength Index (RSI) as it closes the gap heading to the overbought area. 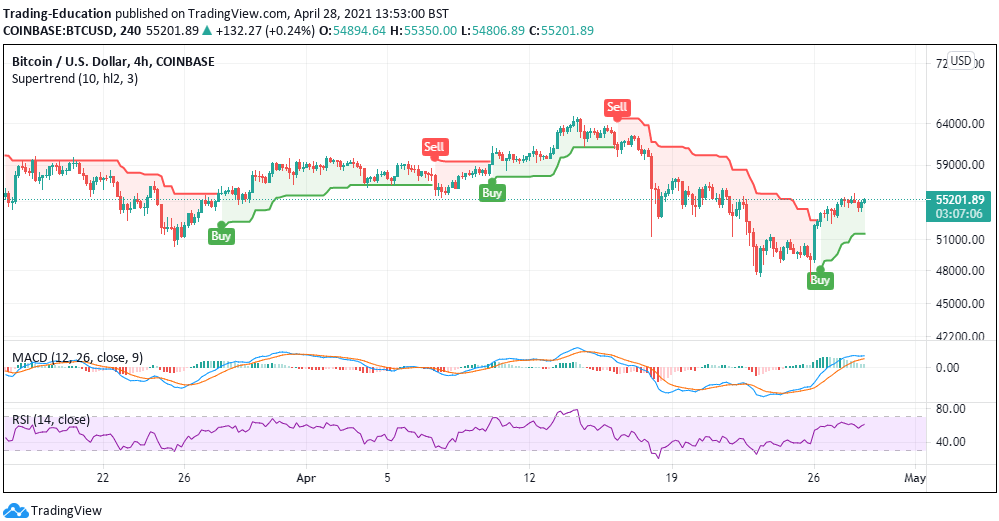 Ethereum rallied above $2,700 for the time in history. This has proved to investors that the uptrend can hit highs above $3,000. Currently, Ether teeters at $2,718 while bulls work for the uplift above $2,800, which is likely to pave the way for the trajectory eyeing $3,000.

The persistent uptrend has been reinforced by the MACD line sustaining the position above the signal line. Additionally, the indicator moves higher in the positive region, adding weight to the uptrend.

On the downside, support at $2,700 remains key to secure the remaining gap to $3,000 is narrowed. The RSI is not oversold yet; therefore, Ethereum still has room to hit new highs before a correction comes into play. 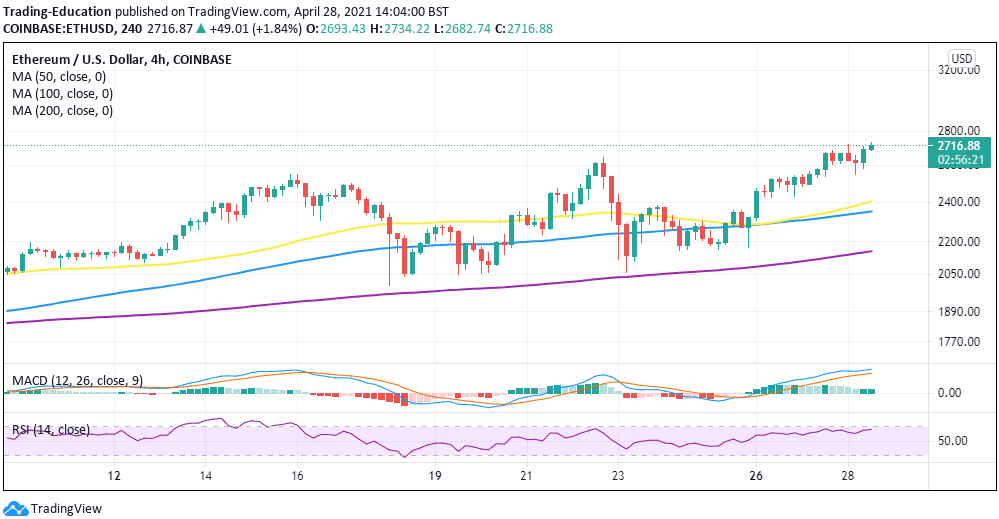 Ripple faces resistance at the 50 Simple Moving Average (SMA) on the four-hour chart, hence the failed attempts to step above $1.5 and work toward $2. The breakout above the descending triangle implied that XRP was ripe for a 120% lift to $2.6.

In the meantime, bulls have been forced to start playing defense and avert potential losses under $1. At the time of writing, XRP trades at $1.35 and holds support at the 50 SMA. If this anchor zone gives in, market instability could see Ripple tumble to the recent primary buyer congestion at $0.8.

Technical levels such as the MACD highlighted the bearish outlook. Therefore, the least resistance path will remain downward unless the perspective changes. 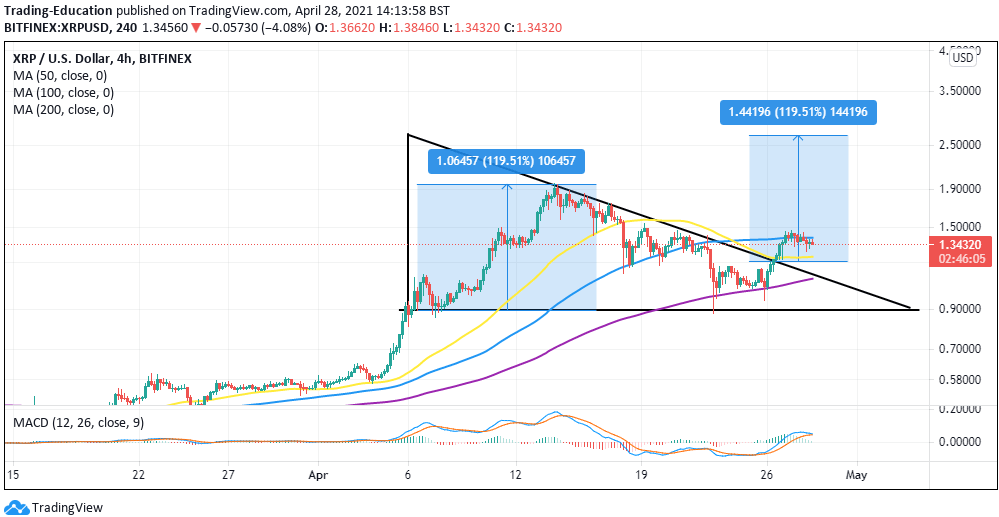 On the upside, holding onto the near-term support at $1.3 will ensure that pressure lifts off the 50 SMA. Meanwhile, more investors will be encouraged to join the market due to market stability coupled with speculation for gains toward $2.