The cryptocurrency market is gradually turning green after several days of mundane trading. For instance, Bitcoin pivoted at $37,000 and sustained the no-trade zone. Ethereum failed to progress above $2,700 while Ripple settled around $1.

Dogecoin rallied mid-this week following the listing on Coinbase Pro. As discussed earlier, the meme coin could hit $0.6 as long as the immediate support at $0.4 has been reinforced. On the other hand, Binance Coin and Polkadot are among the best-performing altcoins, which spiked over 10% in 24 hours.

Bitcoin is nearing $40,000 after making a real break above $38,000. The symmetrical pattern discussed on Wednesday is still relevant for this analysis. Note that closing the day above the upper trendline could lead to a rising trading volume, followed by BTC making steps toward $50,000.

The 12-hour chart shows a bullish Moving Average Convergence Divergence (MACD) indicator. The MACD is a momentum oscillator commonly used in trading trends. However, it is rarely used to identify overbought and oversold conditions.

The indicator manifests on a chart with a couple of oscillating moving averages. Note that the crossover of these two lines is a trading signal. The MACD crossing above the mean line (zero line) is bullish while crossing beneath the same line is bearish. 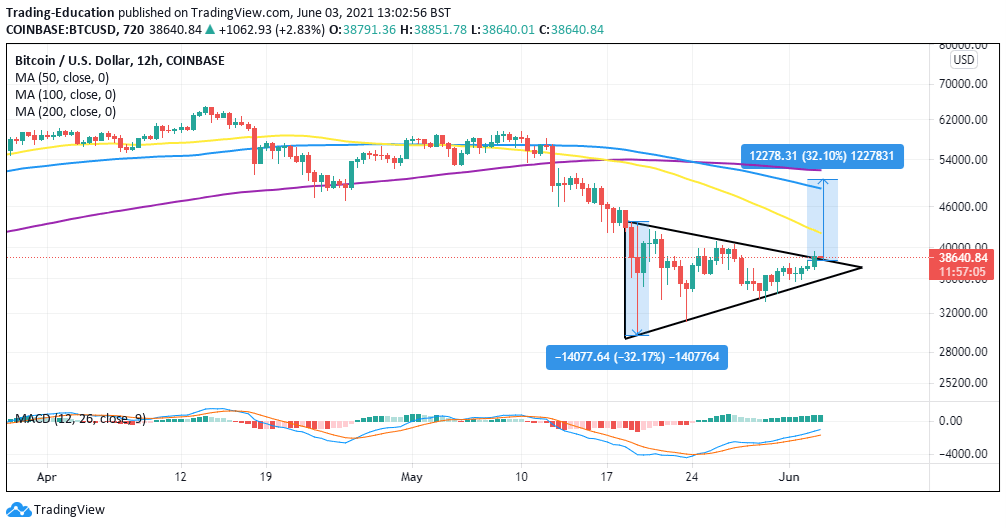 Ethereum’s upswing to 4,000 depends on this crucial hurdle

Ethereum has extended the bullish leg above $2,800 after confirming the support at $2,700. Besides, the price has settled above the 38.2% Fibonacci level, functioning as a pedestal for the bulls at the moment.

Closing the day above the Fibonacci level allows buyers to gaze upon higher price levels. On the other hand, a break past the 50 Simple Moving Average (SMA) would open the door for action above $3,000. Such a move might trigger massive buy orders as investors speculate the ultimate rally to $4,000. 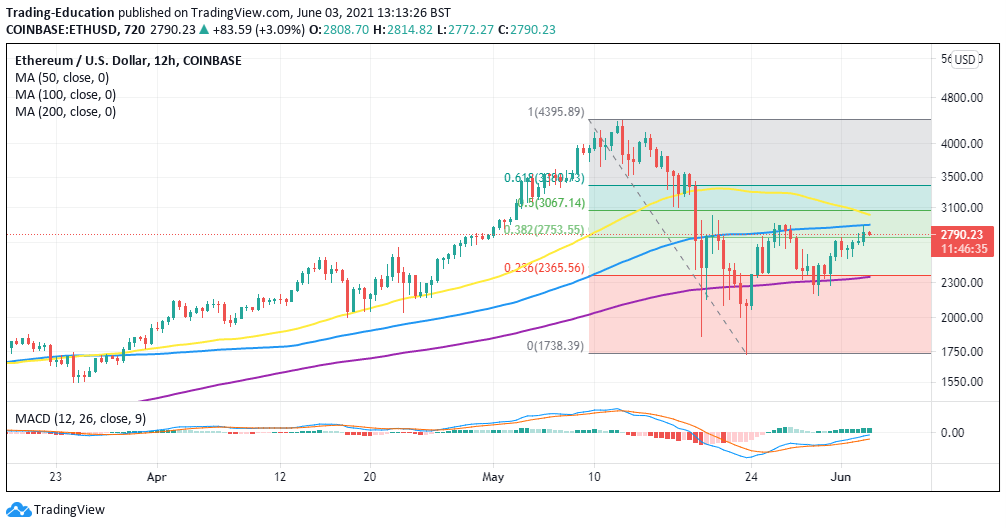 Ripple has been consolidating within the confines of an ascending triangle. This highly bullish pattern appeared after bulls staged a recovery from $0.65 but failed to make progress above $1. The horizontal resistance forms the triangle’s x-axis, while the rising trend line is the hypotenuse.

The technical analysis finds that the ascending trend line shines a light on an aggressive bullish front. Despite the resistance at the x-axis, buyers push for higher lows. The ascending triangle completes with a significant spike past the horizontal resistance.

A massive trading volume validates the breakout as buyers stream in to take advantage of the confirmed upswing. Ascending triangles have precise breakout targets, measured from the pattern’s highest to lowest points. 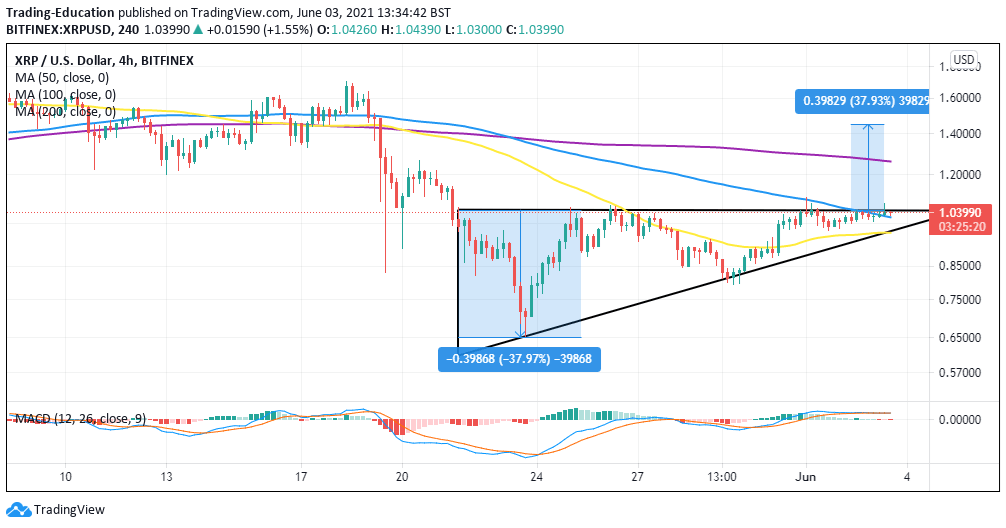 At the moment, Ripple’s immediate downside is provided by the 100 SMA. Holding this zone means that bulls will focus on the recovery mission. However, closing the day beneath the moving average and $1 may trigger massive sell orders as the bearish leg stretches toward $0.9 and $0.8.