The cryptocurrency market seems to have assumed consolidation after a significant recovery from last week's losses. Bitcoin is dancing between $38,000 and $40,000, while Ethereum wobbles between $2,700 and $2,900.

The cross-border money transfer token XRP struggles to sustain the price above $1. Some selected altcoins post double-digit gains despite the lethargic price action, including Chainlink's 10% upswing and EOS's 11% growth in 24 hours.

Ripple is looking at the bigger picture

Ripples' CEO Brad Garlinghouse, while speaking at the Consensus 2021 conference, confirmed the company's intentions of going public in the future. Meanwhile, the company is grappling with the lawsuit filed against it by the US Securities and Exchange Commission (SEC).

Garlinghouse revealed that Ripple had started discussing how it could become a publicly listed company in early 2020. The lawsuit by the SEC forced the blockchain startup to halt these plans. However, the idea has not been shelved because the CEO reckons that the "likelihood that Ripple is a public company is very high at some point."

Ripple fights for stability above $1

Ripple seems to have renewed the uptrend after confirming support at $0.9. The 200 Simple Moving Average (SMA) on the four-hour chart also contributed to holding the token in place; thus, avoiding losses back to $0.65.

A recovery has ensued, with XRP stepping above $1 for the third time since the upswing from last week's dip to $0.65. The Moving Average Convergence Divergence (MACD) outlook adds weight to the improving technical picture. Meanwhile, bulls need to close the day above $1 to affirm the narrative.

Note that another hurdle is anticipated at $1.2, which, if broken, could allow bulls to scale the levels close to $1.6. However, if the resistance remains unshaken, overhead pressure may surge, jeopardizing support at $1 and $0.9. 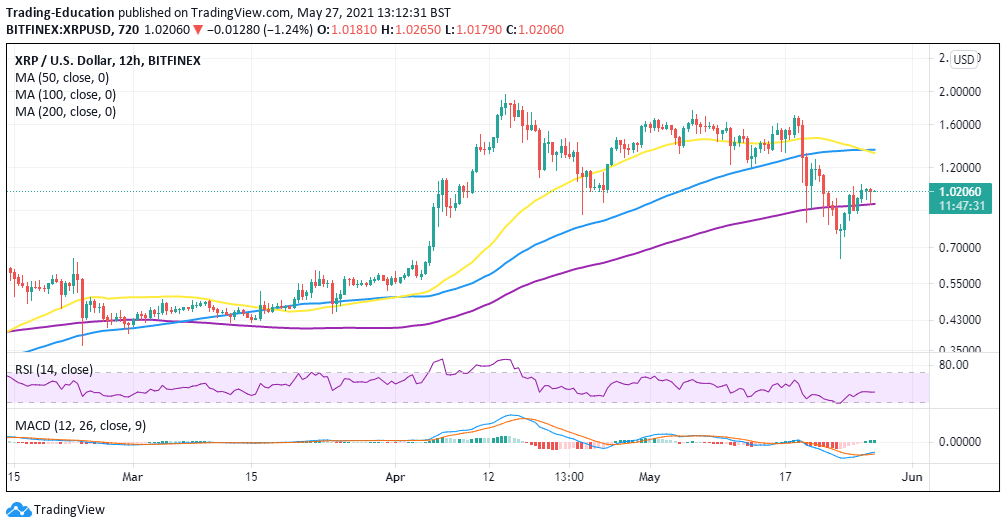 Bitcoin stares into a massive dip the longer it stays below $40,000

Bitcoin has tapped severally on $40,000, but the seller congestion at this level is not ready to give way. Meanwhile, short-term technical indicators aligned, prepared for a breakout, but bulls keep losing the momentum.

The multiple attempts by the bulls to crack the resistance at $40,000 leave them exhausted. Therefore, there is a chance that buyers will let down their gut and pave the way for another downswing back to $30,000 before a significant recovery occurs.

The MACD has a bullish impulse, as seen on the four-hour chart, accentuated by the MACD line crossing above the signal line. As the indicator nears the positive region, perhaps bulls will have gathered enough momentum for a break above $40,000. 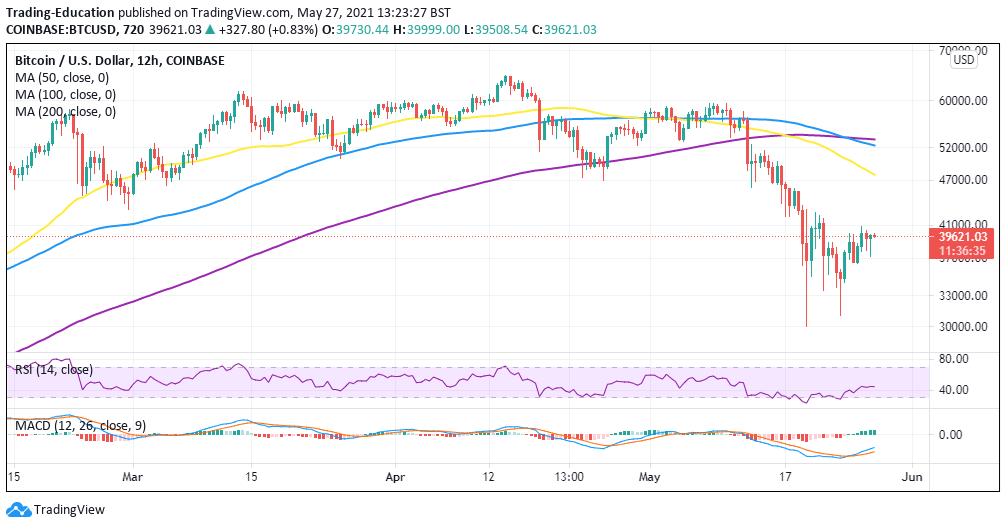 Ethereum could engage reverse gears as rejection at $2,900 kicks in

Ethereum trades at $2,815 amid a bearish building momentum at the time of writing. The immediate support provided by the 100 Simple Moving Average (SMA) is unlikely to hold in the short term. Sliding beneath $2,800 could lead to a significant downfall eyeing $2,100 and $1,750 support area. 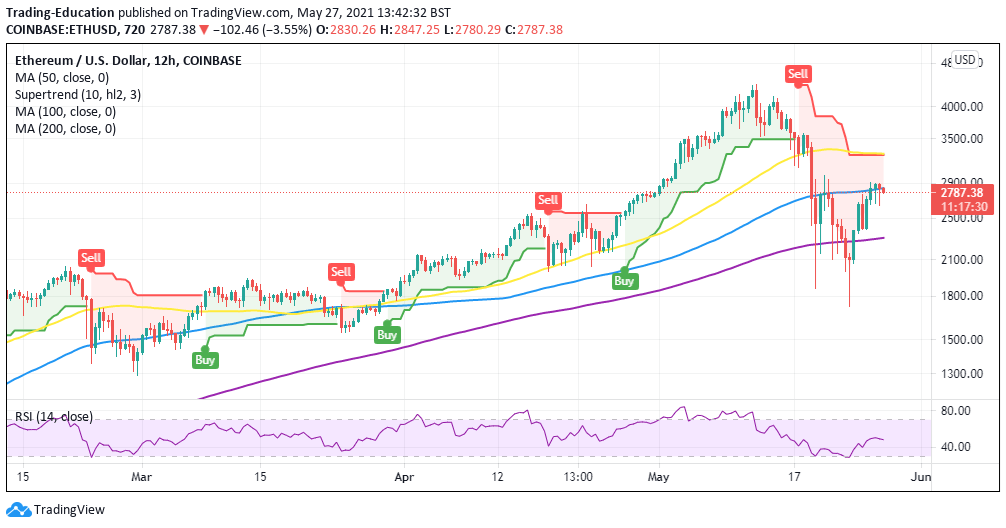 Sideways price action may take precedence based on the Relative Strength Index (RSI) level. In the case of a ranging market, buyers will have ample time to execute a mission for gains above $3,000.