Bitcoin bears had the biggest showdown in May following a crash from the all-time high of $65,000 to the most recent support at $30,000. Meanwhile, recovery has not been easy, mainly with the stubborn hurdle at $40,000.

The largest cryptocurrency trades slightly above $36,000 amid a persistent tug of war between the bears and the bulls. Perhaps it's the sluggish price action BTC is dealing with at the moment warranting more bearish calls from traders like Peter Brandt.

According to veteran commodity traders, Bitcoin's history (ten years) does not have an instance whereby the price clocked a new high after crashing more than 50% from its all-time high in just seven months. Brandt challenged "BTC price historians" to single out a case where a 50% drop in Bitcoin price did not culminate in up to a 70% correction.

"Challenge to $BTC price historians: In the past ten years (since May 2011) please identify a single (even one) instance:

Bitcoin bulls could run out of options

Bitcoin lifted from last week's support at $33,500, but the uptrend could not make any formidable progress above $37,000. At the same time, the lack of robust support at the 50 Simple Moving Average (SMA) on the four-hour chart adds credence to the bearish narrative.

Therefore, support at $36,000 remains crucial to sustaining recovery toward $40,000. However, if lost, BTC will bow down under the strong arm of the bears and explore the levels toward $30,000. 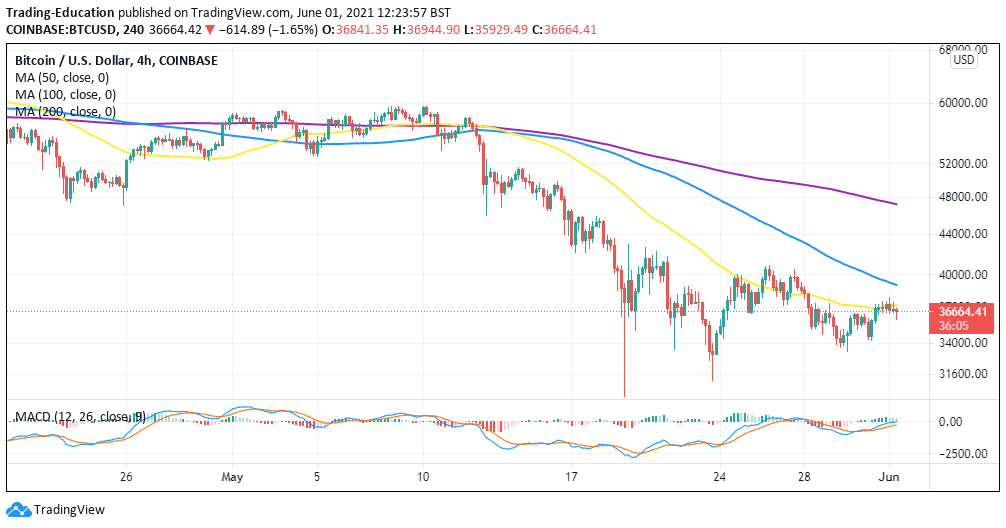 Ethereum is trading marginally above $2,600 after recoiling from the support at $2,100. Its upside has been capped under the 100 SMA, further derailing the expected upswing above$3,000. On the downside, the 50 SMA offers immediate support; thus, keeping the bearish influence intact.

The Moving Average Convergence Divergence (MACD) has a bullish outlook. Initially, the MACD line crossed above the signal line, affirming to investors that a buy signal had been triggered. Subsequently, the trend momentum indicator has lifted into the positive region, driving the bullish narrative.

The uptrend will remain intact if the 50 SMA support holds and the 100 SMA gives way to the bulls. Trading above $2,900 might call more buyers into the market as speculation mounts for gains above $3,000. 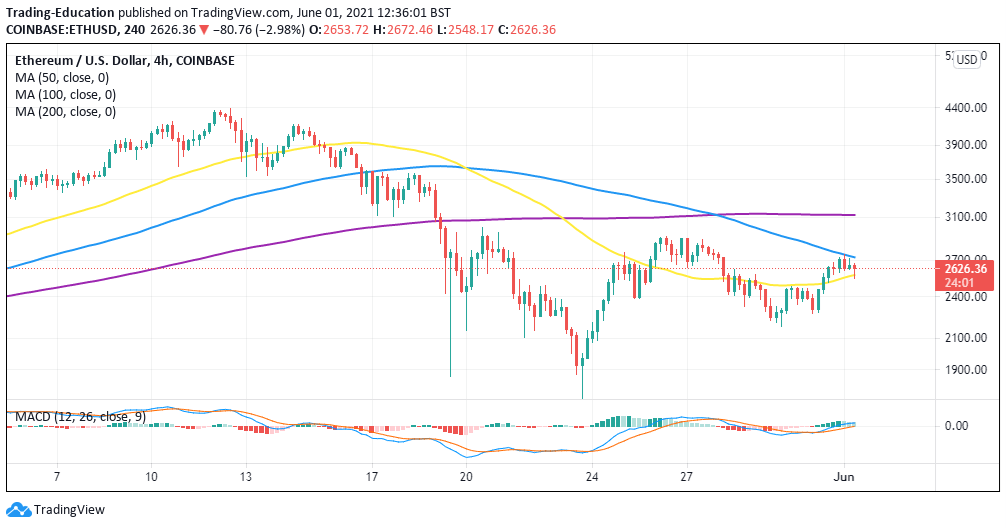 Don't Miss: How to Stake Ethereum

After winning in court against the US Securities and Exchange Commission (SEC) amid the ongoing lawsuit, Ripple recorded huge gains on Monday. The international money transfer token rose to above $1 after brushing shoulders with $0.8 last week.

A weekly high was accomplished at $1.1 before the mundane price action resumed. At the time of writing, XRP is trading at $1.02 while the bearish outlook becomes vivid. The inability to crack the hurdle at the 100 SMA squashed the chances of an ascending triangle's 33% uplift to $1.4 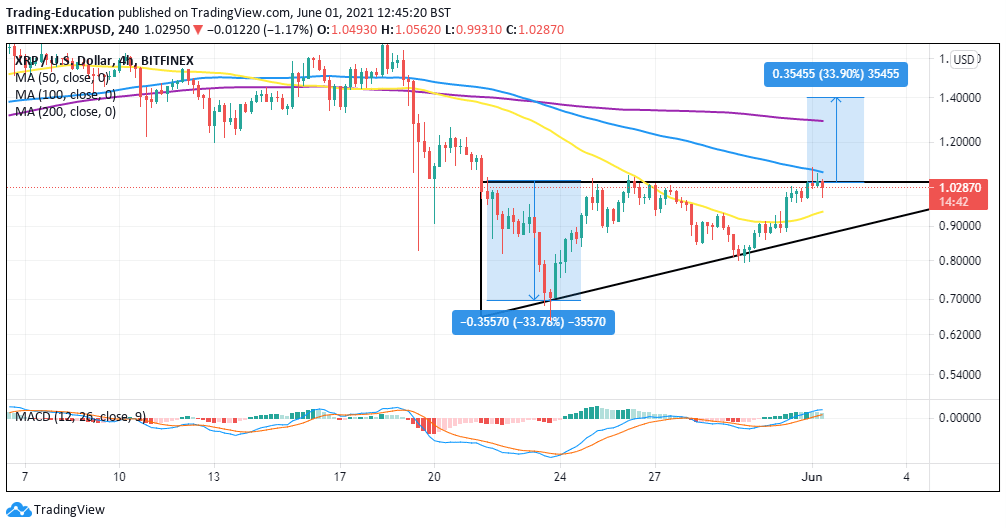 In light of the ongoing correction, Ripple is likely to extend the bearish leg under $1. If overhead pressure rises, we anticipate another drop to the 50 SMA before testing support at $0.9.