Cryptocurrencies across the board seem to have built foundations for recovery this week following the sluggish price action during the weekend session. Most of the crypto assets are back in green, led by Ripple’s 15.8% uplift.

The United States Securities and Exchange Commission (SEC) has been denied the request to gain access to Ripple Labs communications inquiry regarding the sale of XRP tokens in line with the federal securities law. The District Court for the Southern District of New York Judge Sarah Netburn upheld Ripple’s attorney-client privilege, thus, dealing the SEC another blow.

Following the win against the SEC in the ongoing lawsuit, Ripple began the acceleration from the recent dive back to $0.8. Trading above the 50 Simple Moving Average (SMA) on the four-hour chart triggered massive buy orders since investors speculated the rise above $1.

As XRP settles above $1, buyers are looking forward to the next swing past $1.2. However, it is essential to be aware of the possibility of encountering resistance at the 100 SMA.

Meanwhile, the uptrend has been confirmed by the Moving Average Convergence Divergence (MACD) bullish signal. As the MACD line expands the divergence above the signal line, buyers tend to tighten their grip on the price. 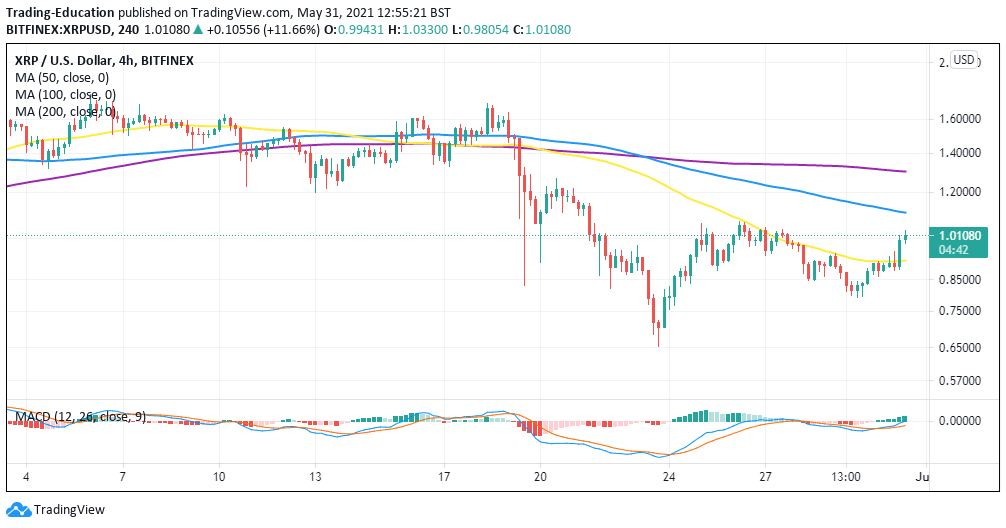 Bitcoin battles for stability above $37,000

The new week has started yielding, especially with the support at $33,500 and the move to highs around $37,000. Bitcoin’s immediate upside faces resistance highlighted by the 50 SMA on the four-hour chart.

According to the technical outlook, closing the day above the moving average could mark a new leaf for BTC because the move will prove to investors that the uptrend has the strength to strike levels beyond $40,000. 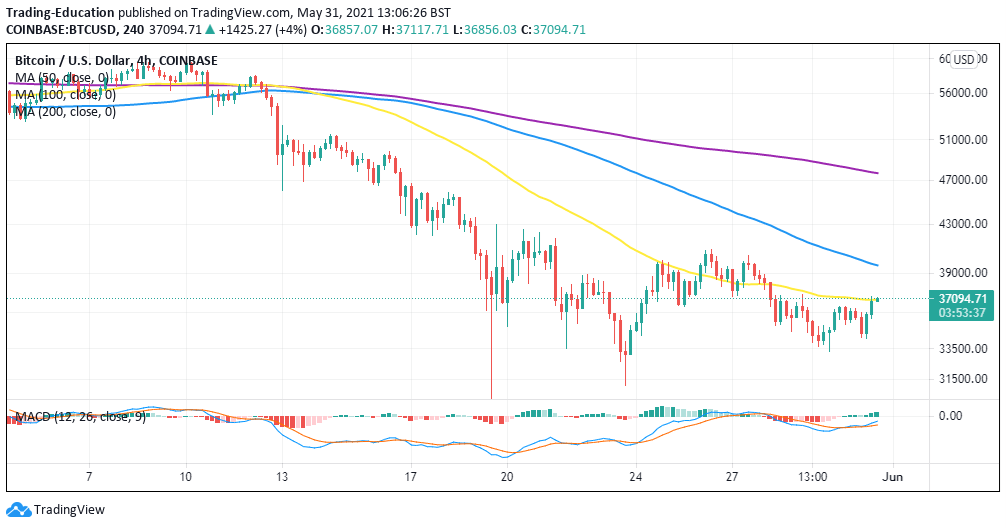 It is worth mentioning delays should be anticipated at the 100 SMA. Besides, failure to crack the $40,000 hurdle could pave the way for another downswing toward $30,000.

Ethereum bulls aim another shot at $3,000

The gigantic smart contract token lifted from the support formed last week at $2,100 to exchange hands at $2,580. It seems that trading above the 50 SMA adds credence to the bullish outlook.

In the meantime, buyers have their eyes glued on $2,700, a move that could see buy orders triggered for gains past $3,000. The MACD reinforces the bullish outlook as seen on the four-hour chart. If the trend momentum tracker enters the positive region, Ether’s path with the slightest resistance will be confirmed upward. 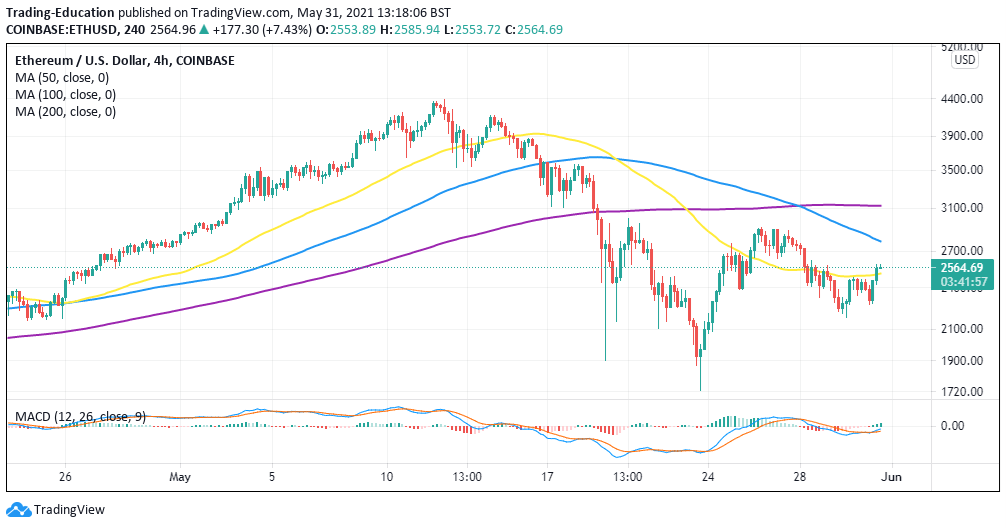 Note that immediate support by the 50 SMA ensures that buyers concentrate on the recovery mission. On the flip side, losing this zone as support could see overhead pressure intensify while bears push the back to $2,100.

Don't Miss: How to Stake Ethereum