Bitcoin has reclaimed the position above $50,000 and looks forward to closing the gap heading $60,000. Meanwhile, Ethereum has drawn much close to the recent all-time high around $2,600. Other altcoins performing incredibly well include Holo, Polygon, Chiliz and Kusama.

The largest manufacturer of electric vehicles, Tesla sold around 10% of the $1.5 billion worth of Bitcoin during the first quarter of 2021. These sales saw Tesla earn approximately $101 million in profit, according to the firm’s Q1 2021 earnings report.

Despite people accusing Elon Musk of pumping Bitcoin, the billionaire told the world via a message on Twitter that he was still holding onto his coins. Meanwhile, Tesla has at least $1.33 billion in BTC.

Read Also: What is HODLing?

Despite the near-term resistance, Bitcoin’s uptrend is also reinforced by the Moving Average Convergence Divergence (MACD). The indicator is currently above the mean line (0.00) while the MACD line widens the gap above the signal line. Similarly, the Relative Strength Index (RSI) adds weight to the uptrend by moving closer to the overbought region. 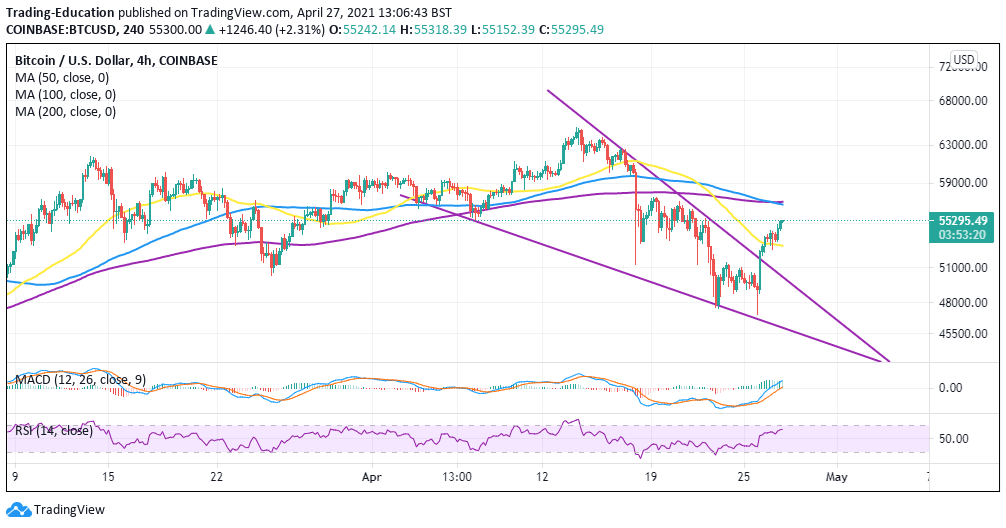 At the time of writing, Ether teeters at $2,580 while bulls work on cracking the seller congestion at $2,600. Note that trading beyond this level could see Bitcoin rally toward $3,000.

Meanwhile, the SuperTrend indicator has flashed a buy signal on the four-hour chart. This call to buy manifested in the indicator turning green from red and shifting under the price. As the bullish momentum gains traction, ETH will likely extend the up leg to $3,000.

Above the mean line (blue), the MACD reinforces the bullish outlook after crossing into the positive zone. Besides, the MACD line expands the gap above the signal line, suggesting that the trend is in the bulls’ hands. 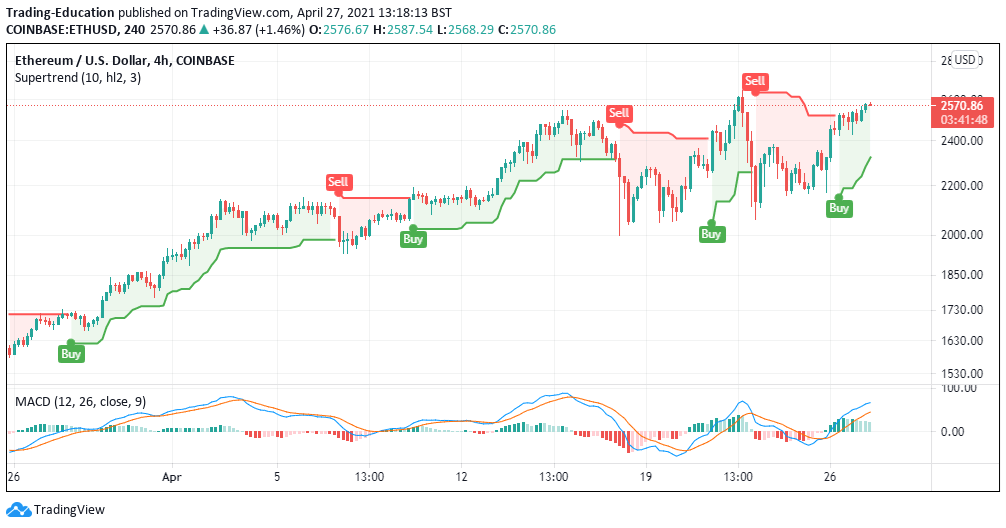 Check Out: Will Ethereum Make Me Rich?

Ripple recently broke out of a falling wedge pattern, as discussed earlier. The breakout saw the buyer reclaimed the position above $1.12 and later extended the bullish leg above $1.4. However, the uptrend appears to have stalled under $1.5, as XRP trades at $1.41.

Despite the sluggish price action, short-term technical indicators like the MACD and the RSI reveal the presence of a stronger bullish camp. If support at the 100 SMA holds on the four-hour chart, the cross-border token will resume the journey toward $2. Trading above $1.5 will also play a key role in attracting more investors to the market due to a show of the uptrend’s consistency. 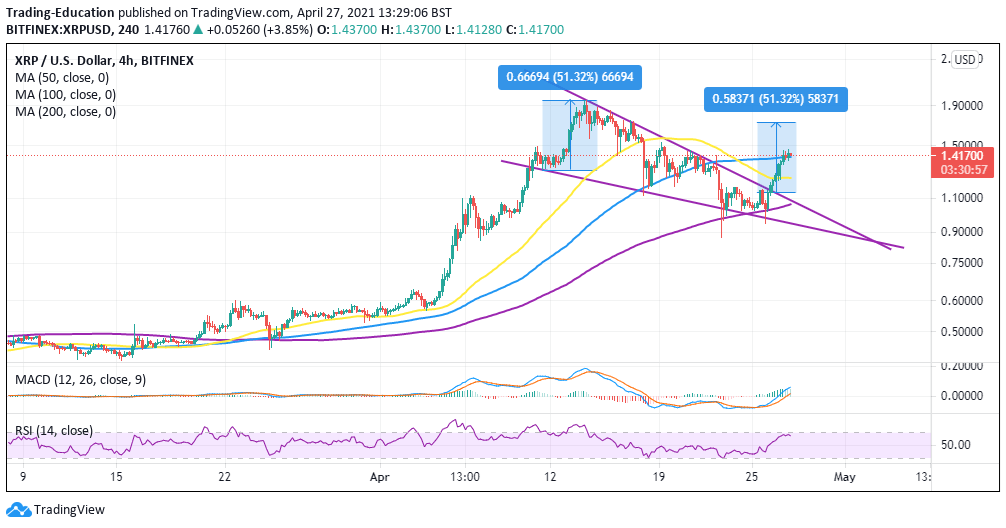 It is worth noting that losing support at $1.4 and, by extension, the 100 SMA may lead to an increase in overhead pressure. Investors will likely dump if they spot a signal of market instability. Remember that the drop to $0.85 is still fresh and the fear to slump to the same level.