Over the last ten days, the Tron price has faced rejection thrice at the $0.25 resistance barrier. The MACD shows sustained bullish market momentum, so the overall sentiment is positive.

Now, when you look at the 4-hour Tron price chart, we can see the recent dip has taken the relative strength index (RSI) from the edge of the overbought zone to the neutral territory. This shows that TRX may consolidate for a bit before making a jump.

The amount of Tether (USDT) issued on Tron (TRX) is about to surpass that of the tokens issued on Ethereum (ETH). TRON CEO Justin Sun took to Twitter to share the news. 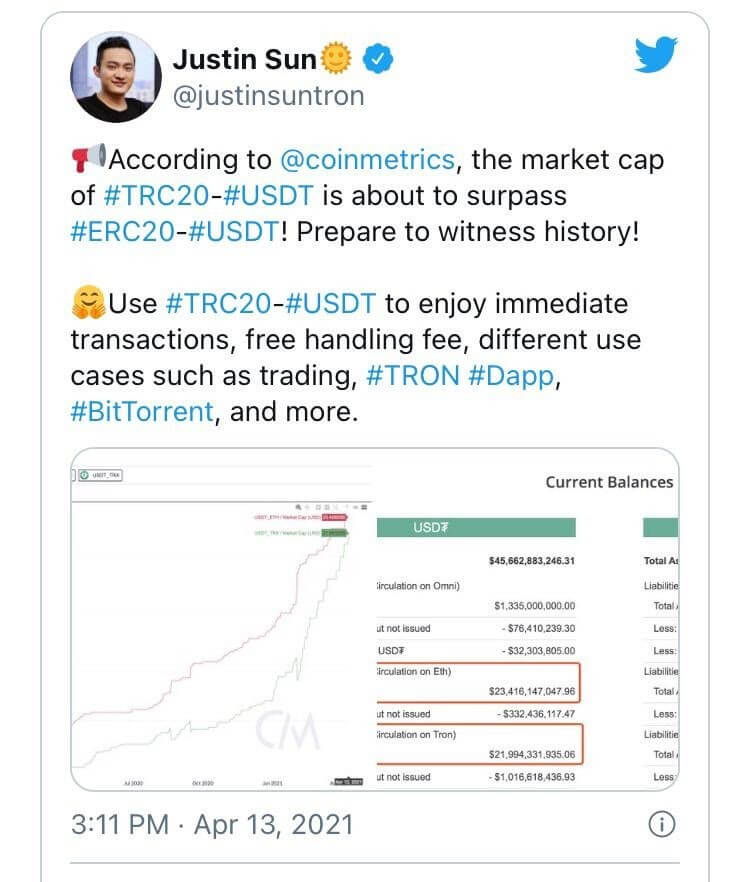 Currently, there’s $23.4 billion worth USDT on Ethereum and $21.9 billion worth USDT on TRON. The latter is $1.422 Billion worth USDT away from equaling that issued on the Ethereum blockchain. It appears that the TRON network can achieve this feat shortly as it continues to attract new users. The platform has witnessed increased activity thanks to its lower fees and faster speed when compared to Ethereum.