The Tron Price Needs To Cross Above 20-day SMA

Over the last two days, the Tron price jumped from $0.10 to $0.253 as the bulls stormed back in. However, TRX now faces resistance at the 20-day SMA, which it needs to overcome. The MACD shows decreasing bearish momentum so the buyers may continue to remain in control.

Now, looking at the 4-hour Tron price chart, we can see that TRX has flashed multiple buy signals. The RSI has still not entered the overbought zone, so further growth is expected. The Bollinger band has started widening, which indicates increasing price volatility. Plus, the 20-bar SMA has crossed the 200-bar SMA to form bullish cross.

The market capitalization of Tether (USDT) stablecoin has recently crossed the $50 billion mark. This means that there are over 50 billion USDT in circulation currently, each pegged to track one USD Tether's CTO Paolo Ardoino said:

[This is an] incredibly important milestone. Tether's success is a blueprint for a Central Bank Digital Currency (CBDC) and a banking system of the future.

Tether's issuance on the Tron blockchain has also surpassed that of Ethereum, according to The Block Research. The distribution on Tron stands at $26 billion, while on Ethereum, it is at $24.4 billion. 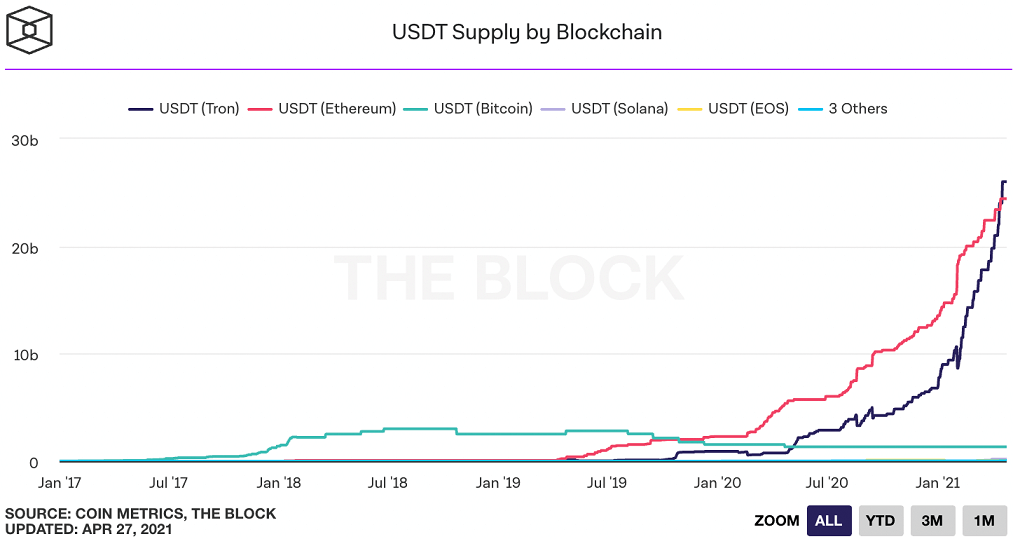 Tether on Tron is preferred at the moment as a result of lower transaction fees and faster confirmation times.

Most of the Tron-based USDT supply is on Binance, Huobi, and OKEx. USDT is cheaper compared to fiat wire transfers and faster compared to credit cards and traditional payment systems, according to Tether.

Besides trading, other top use cases of USDT include payments, remittances, and usage in decentralized finance (DeFi), said the company. 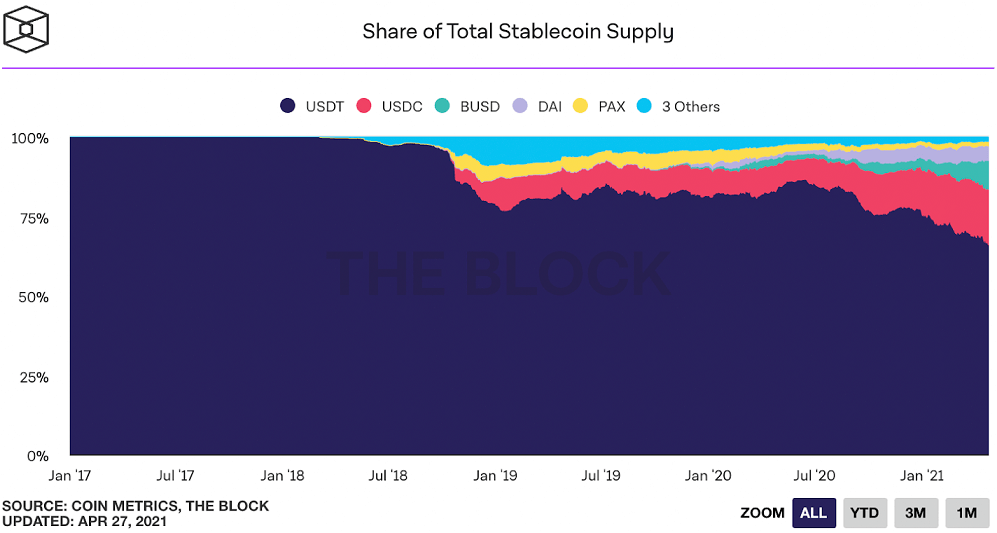 If the Tron price overcome the 20-day SMA, it will reach the $0.146 resistance barrier.