The Tron price jumped to $0.063 this Monday but retreated after encountering resistance at the 50-day SMA. As things stand, TRX is presently hovering below the $0.060 psychological level. Prior to that, Tron dropped from $0.067 to $0.050 between July 5 and July 20.

Buyers In Control Of Tron Price For Seven Straight Days

The buyers have been in full control of the Tron price for seven days between July 21 and July 27 wherein it jumped from $0.050 to $0.059. During this jump, TRX managed to reverse the MACD from red to green and flip the 20-day SMA from resistance to support. 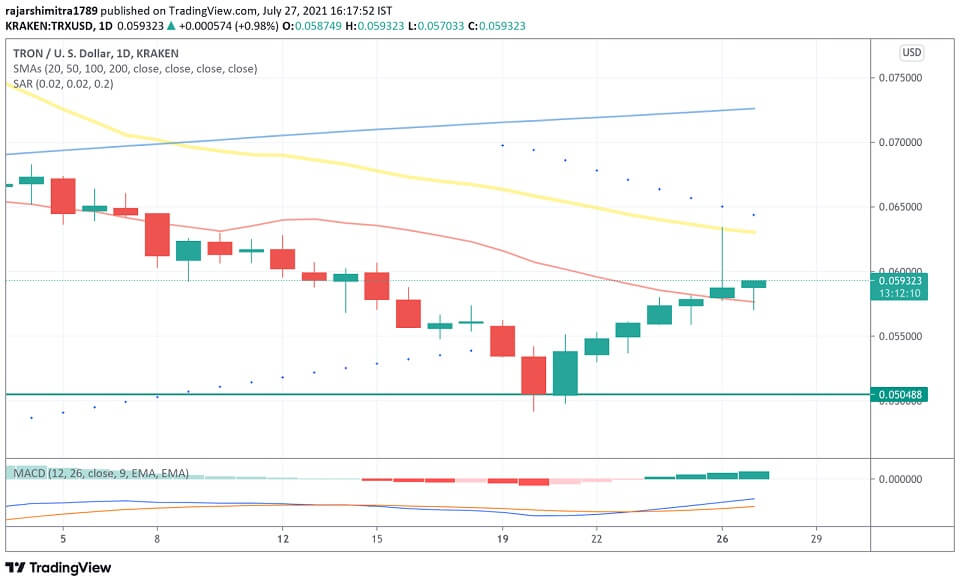 In the 4-hour Tron price chart, we can see two hugely bearish candlesticks which pulled TRX down from $0.062 to $0.0578, which triggered the following sell signals: 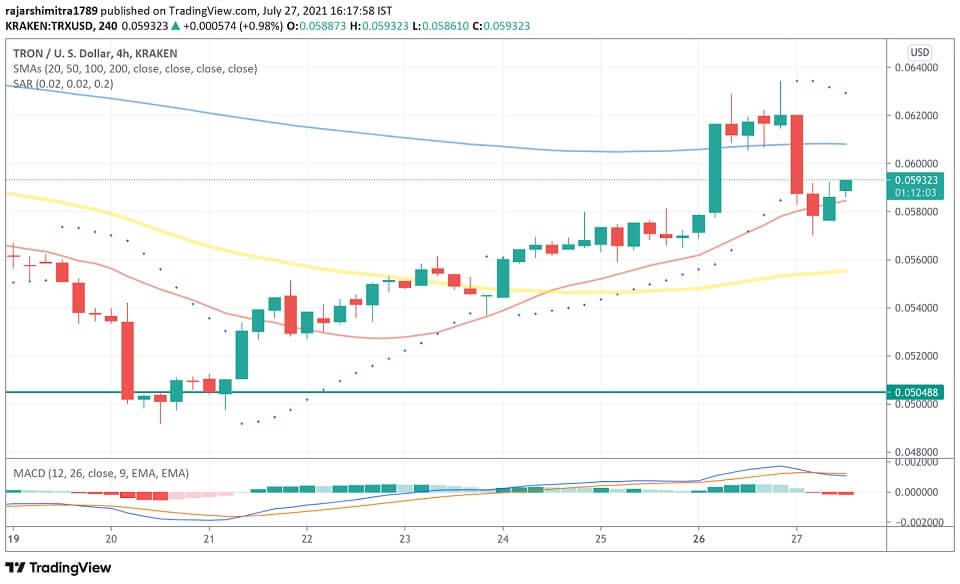 The Tron price has to recoup and conquer the 50-day SMA to continue the upward surge. Crossing this level will successfully reverse the parabolic SAR from negative to positive.