Since June 23, the Tron price has jumped from the $0.0507 support wall to $0.068. During this jump, TRX has faced multiple resistance at the 200-day SMA. Tron did manage to jump above this level today, however, quick rejection at the 20-day SMA dropped it back below 200-day SMA.

The Tron price bounced up from the 50-day SMA in the 4-hour chart as it went from $0.0617 to $0.0657 and flipped the 20-bar SMA from support to resistance. In the TD sequential detector, TRX shows that it will have three bullish sessions before flashing the bearish green-nine candlestick. 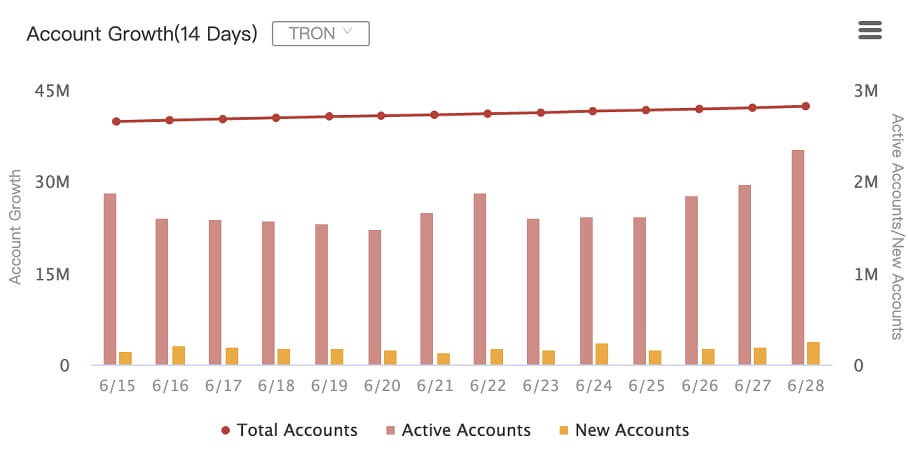 According to Tron Scan, the total number of accounts in the network is growing steadily and consistently managing almost 3 million active accounts.

The Tron price needs to break above the 20-bar SMA in the daily chart and then flip parabolic SAR from negative to positive.