The Tron price remained in the red, as it fell marginally during the current session, although we could see buyers trying to push the price back up towards the 50-day SMA. TRX had a reasonably bullish run until the weekend. After rising by over 5% on Saturday, TRX registered a significant fall on Sunday, falling to $0.097 after registering a fall of over 4.75%. The price remained bearish on Monday as well, registering a marginal drop before slipping by $1.43% on Tuesday.

The Tron price has been bullish for most of October but has seen the tide turn in recent sessions. After a mixed weekend that saw the price drop by 1.53% on Saturday (2nd) and then rise by 2.22% on Sunday, TRX found itself back in the red on Monday as the price dropped to $0.093, with the 20-day SMA pushing the price down. However, the price recovered on Tuesday, rising by 2.94% and settling at $0.096. On Wednesday and Thursday, the price remained relatively static, registering a marginal drop and a marginal increase, respectively. 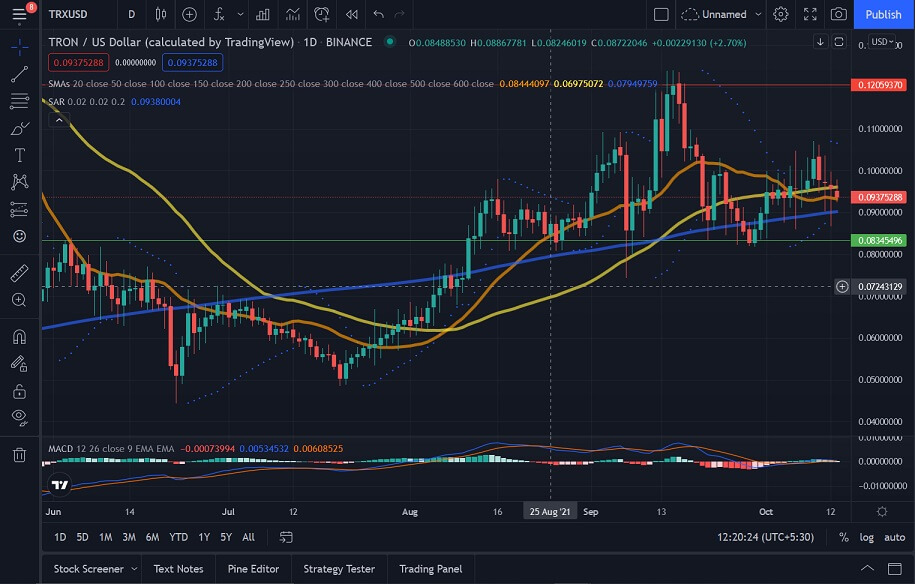 The Tron price then rose by 2.56% on Friday, entering the weekend on a positive note, with the price pushing even further on Saturday, increasing by over 5% to move to $0.102. However, the price turned bearish after this point, registering a drop of 4.75% on Sunday, dropping below $0.100, and settling at $0.097. The price remained bearish as TRX started the current week, registering a marginal drop on Monday before registering a drop of 2.15% on Tuesday. Currently, we can see that TRX is at $0.093, and while the Parabolic SAR has already flipped to bearish, if the price continues to drop, we could see the MACD also flip to bearish. 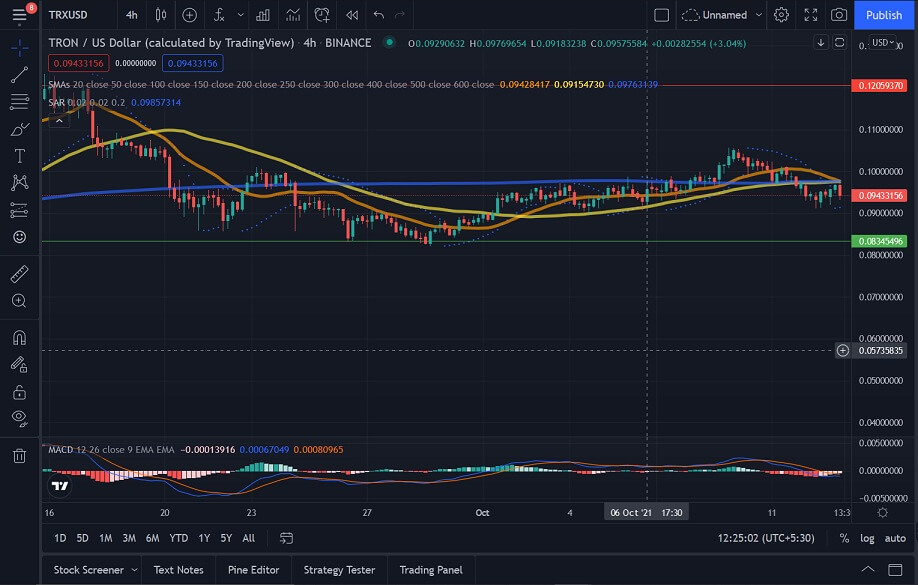 The Tron price chart shows us that TRX has taken a bearish turn after the weekend, with sellers pushing the price down significantly. With the current session also in the red, it remains to be seen if the price falls below the 20-day SMA at $0.093 or recovers from this point.